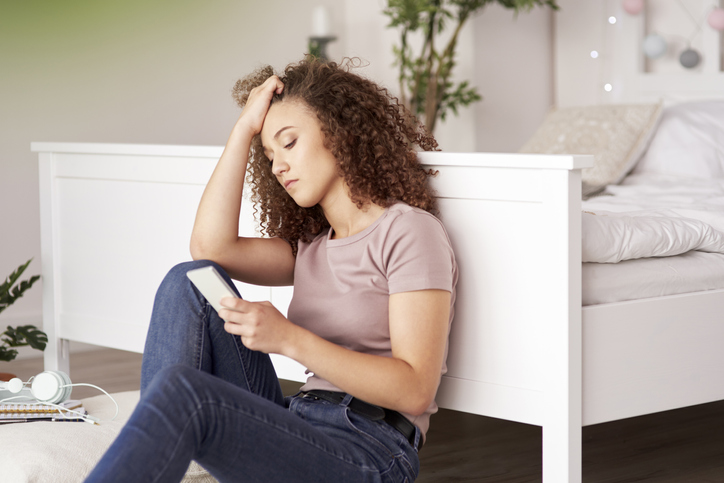 The generation as a whole is among the most educated it has ever been, but the path to success is also less clear.

The Harvard Business Review recently published findings of a study on mental health in the workplace that paints a bleak picture of anxiety among young people.

In a survey, half of millennials, those between 24 and 39, said they’d left a job at least partly for mental health reasons. For Gen Z-those between 18 and 23-the percentage spikes to 75, compared with just 20 percent among the general population.

The results of the study, published by the mental health advocacy group Mind Share Partners, are one measure of how serious anxiety and depression have become among today’s youth.

At the University of Alberta (U of A), for example, its website states that 35 percent of students will experience a panic attack due to stress at some point, and mental health advisers on campus say requests for help with anxiety and depression are sharply rising.

One popular explanation is the “snowflake” thesis-that today’s youth have been coddled by helicopter parents and allowed to avoid the responsibility and independence that foster mental resilience.

But U of A sociologist Lisa Strohschein says that view sells young people short, and they really do have it tougher than previous generations, especially when it comes to employment prospects.

She has just finished writing a chapter outlining the traits of every living generation for a new sociology textbook called New Society, set for release next year.

Millennials and Gen Z are having a tougher time getting ahead in the work world than previous generations, according to a University of Alberta sociologist—and it’s taking a toll on their mental health.

“Millennials went through the Great Recession of 2008, ended up having to take jobs that weren’t leading anywhere, and that has pretty much continued today…. If you’re in a dead-end job, that’s stress-producing.

“In the last 50 years, the expectation has been that each generation will do better than the one before it. This is the first generation where that’s not necessarily true,” she said.

Late millennials and Gen Z are also delaying many of the milestones of adulthood previous generations took for granted, she said.

“They’re not homeowners, they’re not in relationships, they’re not getting married. They’re living in the basement of their parents’ home. There’s all kinds of things that have frustrated their efforts to get ahead.

“The generation as a whole is among the most educated it has ever been, but the path to success is also less clear.”

The nature of work itself has also become more stressful and competitive, leaving young people with precious little downtime, said Sheena Abar-Iyamu, community social work coordinator with U of A Student Services.

“There’s a lot of time you have to put in these days, and you don’t always get time off to rejuvenate,” she said, adding that millennials are often reluctant to appear weak when work pressure jeopardizes their mental health.

At the same time, millennials and Gen Z are far more conscious of mental health issues and more able to articulate them than their parents were, said Sarah Flower, manager of health promotion for the U of A’s Human Resource Services. It may be that when older generations such as boomers or Gen X quit jobs in the past, they just didn’t call it a mental health issue.

“This generation is much more in tune with what they need. People will say, ‘I have anxiety,’ or, ‘I’ve been diagnosed with depression’-they are very open to sharing that.”

And yet the stigma persists. According to the Mind Share Partners study, young people may be more aware of precisely what ails them but are reluctant to talk about it at work.

“Some young professionals are attempting to cope with mental health issues in the workplace for the first time,” said Blessie Mathew, director of the U of A’s Career Centre.

“They’re worried about optics and stigma and often put their needs and health aside for too long. They then reach the point where addressing their mental health and working at the same time is no longer possible.”

While the challenges of adulthood may be greater today, Flower suspects a decline in mental resilience may also contribute to increased rates of anxiety among youth.

“What I see in my friends’ children is that their parents have always been there to help them through problems,” she said. “When they have to confront problems themselves, they don’t have the basic skills to draw upon, and they start to panic.”

The past few decades have also seen the rise of the self-esteem movement in education, where students are rewarded for effort and participation with less regard for performance.

For older generations, said Flower, “It was very clear there were winners and losers. Now we don’t allow as much for competition.

“We don’t allow for failure, but failure is one of the greatest assets you can learn. It teaches you to pick yourself up, dust yourself off and not make the same mistake twice.”

Today’s students also tend to recoil even from constructive criticism, she said.

“I’ve provided feedback to people and they dissolve into tears. They have less ability to say to themselves, ‘That was a really hard day, but I’m going to bounce back and do it again tomorrow.'”

For whatever reason, both millennials and Gen Z have been slow to embrace adulthood with enthusiasm, said Stroschein, along with the independence that used to be attractive to teenagers.

“Adulting” has now become a verb, as if one had a choice in the matter.

Take driving, for example. More and more young people are foregoing a licence these days, since they’re used to their parents chauffeuring them.

“For our generation,” said Stroschein, “getting a driver’s licence was a huge marker of independence. Now, and in record numbers, young people just don’t see this as something that concerns them.”

But as with most generalizations, there are contradictions in the generational profile, said Stroschein, noting that millennials also tend to be open-minded and environmentally conscious, “have an unshakable faith that they can make a positive difference in the world, and are always looking for new experiences.”

Social media is another crucial factor in the anxiety that plagues Gen Z especially, according to Jean Twenge, a psychology professor at San Diego State University and the author of Generation Me and iGen.

In an Atlantic article called “Have Smartphones Destroyed a Generation?” she argues smartphones have radically altered the nature of social interactions-and consequently mental health.

Noting that rates of teen depression and suicide have skyrocketed since 2011, she claims it’s no exaggeration to describe iGen (an alternate term for Gen Z) as “being on the brink of the worst mental health crisis in decades. Much of this deterioration can be traced to their phones.

“iGen teens have more leisure time than Gen X teens did, not less,” she writes. “So what are they doing with all that time? They are on their phone, in their room, alone and often distressed.”

She points to a survey by the National Institute on Drug Abuse that shows teens who spend more time than average on screen media activities-about four hours in the U.S. and three hours in Canada, according to Stats Canada – are more likely to be unhappy. Those who spend less time than average on non-screen media activities are more likely to be happy.

“(Youth) are far more connected to people outside of Canada and their own local neighbourhoods, or virtually connected,” said Strohschein. “The downside is they’re socially isolated in their local communities.”

That isolation might be seriously hampering their social confidence, she added.

“In my mental illness class, I make them do group facilitation. Each week one group takes responsibility for facilitating the class discussion, and the anxiety that they have-to stand up in front of the room-it just grows every year.”

In the end, both generations may turn out just fine, the disproportionate anxiety nothing more than an inevitable symptom of seismic cultural and technological shifts.

“They’re a very creative generation that doesn’t take no for an answer, so I think there are so many good things to come,” said Flower.

“The challenge is building a mental health framework so they don’t fall apart in the meantime.”

The Science of Giving and How It Can Help Your Kids