Just because something is status quo doesn’t make it right and doesn’t mean we have to accept it. 50 years ago, women needed their husband’s or father’s approval to get credit.

Many of you have attended graduations this past month or possibly held a party for your own graduate as you prepare to send them off to college.  It’s exciting to see the young happy faces of high school graduates and think about what’s in store for them.  If you have daughters who are entering college, statistics show that more girls are earning degrees in the United States.  According to the National Center for Education Statistics, 2016-2017 was the 18th straight academic year in which women earned 57 percent of the bachelor’s degrees awarded by U.S. colleges and universities.

Those are great odds for your daughter or niece but what happens when she enters the workforce with her degree in hand?  A new study conducted by salary site PayScale released earlier this month estimates that women in the workforce will earn as much as $35,000 less a year over the course of their career compared to their male counterparts.  The study found the typical university-educated woman in the U.S. sees her career earnings peak when she is 44 years old, earning an average of $66,700.  That compares to men who achieve their earnings peak at the age of 55—11 years later—with a median of $101,200.  The findings are based on the median earnings of 1.4 million people who took PayScale’s salary survey from 2016 to 2019.  When comparing these results to PayScale’s 2012 study, the numbers indicate that while peak earnings for men and women have risen, the overall gender pay gap has widened.

So why the difference in pay for women vs. men?  PayScale’s study noted the disparity between starting salaries for men and women as a probable factor.  More than $12,000 stands between the median starting salary for a 22-year-old woman and her male counterpart.  For women of color, that gap between white males is even greater starting at $13,000 and rising to $40,100.

Like many global issues, if something is unfair but does not directly affect decision makers with power, it seldom gets the resources and investment required for effective change.  Compounding the Gender Pay Gap is the Gender Leadership Gap.  Women remain significantly under represented as leaders in corporate America.  The share of female CEOs in the Fortune 500 in May 2018 was 4.8 percent (http://fortune.com/2018/05/21/women-fortune-500-2018/).  Based on the January 2019 S&P 500 list, women hold 4.8 percent of CEO positions at S&P 500 companies—that’s 24 women out of 500 who have made it the CEO rank.

Without more women in leadership positions, decisions about salary, benefits, and other factors that affect women in the workplace will continue to be decided by non-women—decision makers not affected by the Gender Pay Gap.

Why should we care if there is gender equality?  Because if we don’t care, those graduates headed off to college will be dealing with the same statistics we are seeing today when they are in their 40s. and that’s simply not fair.  There is no easy answer to implementing gender equality but there are many North Texans who are committed to creating more fairness in the workplace.   Those individuals will be attending S.H.E. Summit at the Hilton Anatole in Dallas on Aug. 29.

S.H.E. Summit is a full day event that draws very smart, very capable men and women together to address the status quo and it challenges them to create a different future that is fair to everyone.  Helping our society understand issues that women face at work, at home, in society, and in general gives everyone a clearer perspective on how we can turn good intentions into concrete actions.

More than 400 attendees—both male and female—will attend S.H.E. Summit to learn, connect, and create dialogue around diversity in the workplace, recognizing that in order to succeed at diversity initiatives, you need diverse people in the room.

S.H.E. Summit features keynotes and panel discussions with men and women representing corporations across industries, including media, technology, finance, law, consumer goods, and more.  The program celebrates leaders and influencers who have brought effective change in the workplace and improved diversity in corporate America.

Gender equality is not just an issue for women, it is an issue for all North Texas leadership.  S.H.E. Summit Dallas will draw North Texans together to advance corporate diversity initiatives because the results speak for themselves—diversity drives better results.

It’s never too late to change the status quo and provide fair opportunities in the workplace.  Join us Aug. 29 and help us ensure a bright future for those graduates.   More information is available at www.shedallas.com 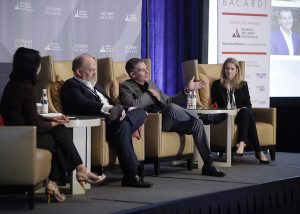