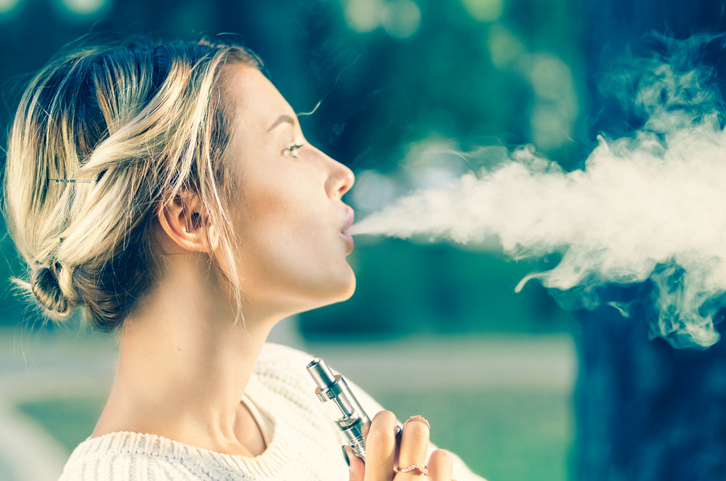 It is not uncommon knowledge that teenagers have been using and abusing various nicotine devices, turning to e-cigarettes in recent years. However, one mystery does remain: why do a vast number of teenagers opt to take such a large toll on their health?

Although cigarette smoking rates among teens have gradually dropped in the past couple years, it appears that teenagers have found a new ‘buzz’ in e-cigarettes.

E-cigarettes were originally marketed as a ploy to slowly wean cigarette smokers off of nicotine. Companies such as JUUL and Blu first began targeting older audiences who needed to lower their nicotine usage into smaller, more controlled doses.

Although this first appeared to be a safe way to cure the US from its smoking epidemic, it began to attract a new generation to nicotine.

Many teenagers began forming the notion that e-cigarettes were safer and had less health effects than regular cigarettes, even though this has been disproven on various accounts.

“Besides nicotine, e-cigarette aerosol can contain other chemicals that harm the body,” finds the US Department of Health and Human Services. “This includes cancer-causing chemicals and tiny particles that reach deep into the lungs.”

E-cigarettes such as the JUUL are manufactured to be compact and sleeker to appear more like a USB drive.

This new look for nicotine devices allows teenagers to hide these products from their parents easier. Along with keeping these devices from their parents, students are able to use them more inconspicuously than cigarettes, partaking in juuling during class, in the school bathroom, at family events, in their room, etc.

Along with the ‘new look’ comes new flavors designed for luring in kids with their wholesome sounding taste. Flavors like key lime pie and mango ice attract kids more than the taste of cigarettes, trapping these young kids into a cycle of addiction and bad habits.

A much bigger risk

Recently more than ever in the United States, nicotine content has only continued to rise in e-cigarettes. According to Rally Health, e-cigarettes now contain nicotine salts instead of freebase nicotine, which allows for more nicotine to be absorbed more quickly and with less irritation.

As if teenagers were not already susceptible enough to nicotine, because of the availability of nicotine products with higher nicotine content in them, kids are becoming more addicted and staying addicted.

How can parents help?

The most important thing a parent can do is to inform their teenagers on the effects of smoking and using nicotine products. Most teenagers start vaping out of curiosity or because they think it’s cool or will help them to fit in.

“Teach your teenagers skills to resist pressures to use,” suggests an article published by the Partnership to End Addiction. “Children in middle school or high school are likely to be in social situations where they are offered an opportunity to try vaping. Try to ask them questions about what they might do in that situation.”

One of the most fundamental contributions to teen vaping comes as a result of children watching a family member use nicotine products. If a child is exposed to a relative using nicotine products, they will associate nicotine with something positive.

“When it comes to why teenagers vape, many of them say they have a social connection,” finds the 2019 National Youth Tobacco survey. “30.8% of teenagers list their top reason for trying e-cigarettes as a family member using the devices.”

Above all, having a healthy conversation with your teenager about the effects of vaping is the most important in preventing usage. Being open and honest with your teenager and setting a good example is vital in assisting your teenager in setting boundaries in social situations in which they might be tempted to try one of these devices.

Editor’s Note: Madeline Hammett is a sophomore at the Episcopal School of Dallas, where she is a staff writer for the school newspaper, The Eagle Edition.

Is the Mediterranean Diet Healthy for Kids?

Can Your Personality Type Affect How You Parent?