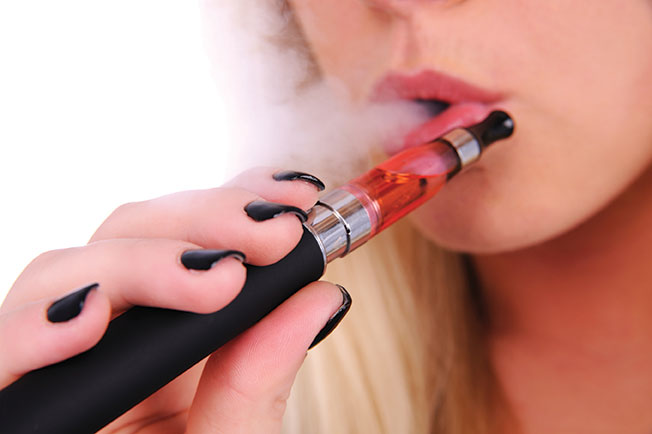 Long hailed as being able to predict the trends based on word usage alone, Oxford Dictionaries unveils an annual Word of the Year that’s eerily on target (for example, last year’s word was “selfie”). This year’s word? Vape. It means inhaling and exhaling the vapor produced by an electronic cigarette or similar device; while both the device and the action can also be known as a vape.

If you aren’t familiar with “vape” yet and you have a tween or teen under your roof, you should get to know more about it. That’s because the Centers for Disease Control released a report in November stating that e-cigarette use has tripled among teenagers in just two years. And while the true impact of e-cigarette usage isn’t known, the 2014 Surgeon General’s report found that nicotine can have adverse effect on adolescent brain development.

“Many interpret e-cigarettes to be ‘safe’ and free of tobacco,” notes Dr. Leslie Pidgeon, emergency room physician. “This is not the entire story, as traces of nicotine have been found in even those labeled as nicotine-free. They carry the same addiction risks as any product with nicotine, including cigarettes and smokeless tobacco. A 2009 FDA report on e-cigarettes found trace amounts of the harmful solvent diethylene glycol as well as nitrosamines, which are known carcinogens. This report also found nicotine in ‘light’ e-cigarettes being labeled as nicotine-free.”

Dr. Pidgeon goes on to point out that for those with underlying asthma, common adverse effects of e-cigs (such as dry cough and airway irritation) can increase the potential for an asthma attack or allergic reaction. In addition, sharing an e-cig with another person means you share their germs as well. And, depending upon where the e-cig is kept when not in use (for example, in a purse or pocket), it could also make MRSA infections harder to treat. Research by the University of California, San Diego found that exposing MRSA samples to e-cigarette vapor increased the virulence of the bacteria.

Another, darker side of e-cigarette usage among teens involves drugs other than nicotine, including marijuana. Hazel Alterman, a local advocate for addiction awareness, has learned through working with area school that some students keep e-cigs in their lockers and take hits between classes. Still others favor e-cigarettes as the most effective way to smoke hash oil, the highly addictive and potent Cannabis extract.

Since regulation of e-cigarettes is largely left up to individual cities, the rules about possession and use of e-cigarettes can vary. In Plano, however, the City Council adopted amendments to its smoking ordinance to prohibit use of e-cigs everywhere smoking is not permitted. Carrie Stevens, part of a Plano Coalition educating students and parents about drugs, also points out the amendments mandate the legal age for purchasing e-cigarettes and vaping liquids is 18 – the same as other tobacco products.

The bottom line? Keep lines of communication open with your kids – a good rule of thumb in any situation. Adds Dr. Pidgeon, “Studies reveal that when parents communicate a disapproval of smoking, the rates of tobacco use does indeed decline.” 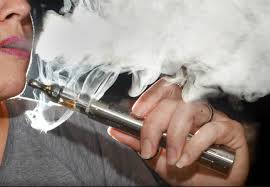 E-cigarette use has tripled among teenagers in just two years and the Surgeon General reports nicotine can have adverse effect on adolescent brain development.

The Best Recipe for Revamping Your Kitchen IS ED KELLUM & SON

 Jump-Start Success at School with Wellness at Home