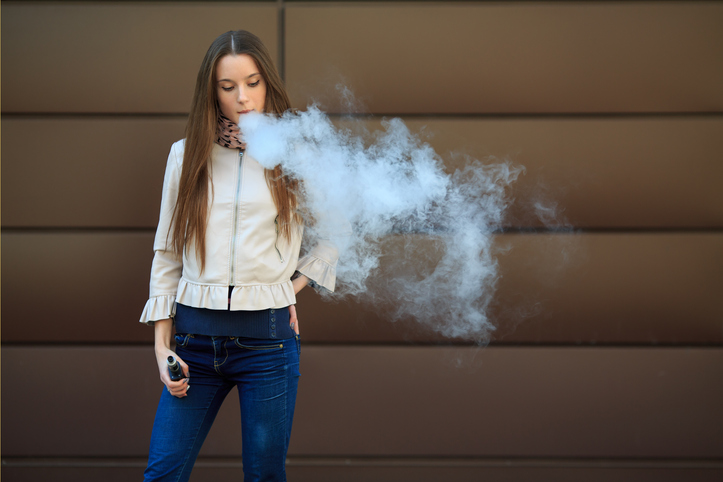 A pediatric pulmonologist’s stance on the misconceptions of e-cigarettes

Recently, a friend of mine told me her five-year-old son asked her why people smoke. As a pediatrician, she explained that the nicotine in cigarettes is addictive. He replied, “I’ll just vape because it keeps you from smoking.” My friend was astonished and asked where he heard this. “On the commercial,” he replied.

In 2018, the U.S. Surgeon General issued an advisory on e-cigarette use (more commonly known as vaping) among children, citing a 78 percent increase in usage among children in 2018 compared to 2017. Just last week, the Center for Disease Control and Prevention reported that 215 cases across 25 states in the U.S. are being investigated for possible e-cigarette related lung disease.

As a specialist in lung diseases in children, I’m not surprised by this latest news. The reality is that e-cigarettes are not good for you. Although e-cigarette or vaping devices have only been on the market in the U.S. since 2007, medical evidence has been accumulating rapidly over the past several years regarding the dangers. We know children who vape are more likely to have chronic bronchitis and asthma exacerbations. We also know the aerosol from e-cigarettes does not just contain nicotine, but also compounds such as benzene, formaldehyde and toxic heavy metals like nickel, chromium and lead, all of which are not safe for inhalation. Even the flavorings, compounds safe for oral ingestion, are harmful and have been shown to cause cellular damage to the lungs.

But these are just the findings of medical studies done over the past five years. What is now making national headlines are cases of adolescents and young adults with acute lung injury linked to vaping. These cases are characterized by symptoms of fever, chest tightness and shortness of breath typical of pneumonia, but physicians have not discovered any infectious cause, such as a bacteria or virus. Some of these patients require treatment in an intensive care unit, and there has been one fatality. The CDC is investigating and a common link to all these cases is the use of e-cigarettes.

What I have seen in teenagers and parents is a common misconception that vaping is harmless. In one survey from the Schroder Institute, more than 50 percent of teens did not know their e-cigarette contained nicotine. This misconception combined with attractive flavorings like creme and mango has led to an exponential increase in e-cigarette use: currently, one in four high schoolers and one in twenty middle schoolers vape according to the U.S. Surgeon General’s advisory. And given the discrete, slim USB-like design of many vaping devices, children are vaping not only in school bathrooms, but even in classrooms.

We are watching a whole new generation of children become addicted to nicotine, and we do not yet know the long-term health effects. E-cigarettes are not FDA approved for smoking cessation, whereas other methods are scientifically proven to help smokers quit. Knowing that children as young as my friend’s five year-old are believing that e-cigarettes are good for us, we as parents, health professionals, teachers, leaders and role models must be clear in our stance: e-cigarettes are not harmless. They are highly addictive, and they are everywhere, including in your child’s school. Now is the time to start the conversation with your kids and loved ones.