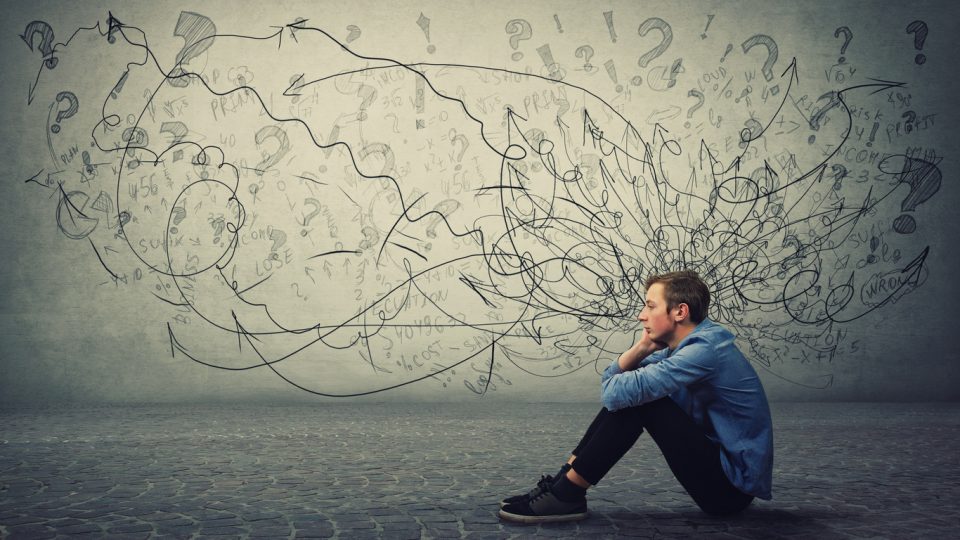 “I got detention for forgetting my book three times in a row.”

Michael* sent the text message to his mom. She wasn’t surprised since she received similar messages previously about how Michael forgot to do his homework or misplaced it. At age eight he was diagnosed with ADHD. Now that he is thirteen, she hoped that he would be more organized. She also wonders if this normal “teenager” behavior or is this due to his diagnosis of ADHD.

“Everyone has ADHD behavior at times,” says Dr. Sarah Cheyette, a pediatric neurologist and author of the book, ADHD & The Focused Mind: A Guide to Giving Your ADHD Child Focus, Discipline & Self-Confidence. She says the difference between everyone and a person with ADHD is that the person with ADHD is unfocused too much of the time.

So how can parents help their teens with ADHD become more focused?

“Most people become more focused when they decide they want to do something,” says Cheyette. By making a decision to do an activity, you take responsibility for doing that task. If a teen is interested in doing that task it will be easier to do.

But if your teen doesn’t like doing a task such as homework, then changing their mindset can help them to become more focused. Cheyette explains how by saying, “If you say to yourself, ‘I don’t feel like doing this,’ then you probably won’t.” She goes on to say that changing your thought process to a more positive thought will help a teen to become focused and complete the task.

Cheyette also stresses the importance of receiving adequate sleep, exercising, and eating healthy foods to maintain focus. Lack of sleep has been correlated with poor impulse control and memory which are issues already experienced by a kid with ADHD. She adds, “You need to manage electronic use and make sure they have friends who are not distracting.”

Cheyette says another way to help teens with ADHD to focus is to create goals. Once a goal is achieved then it will help them to feel successful which will lead to achieving more goals.

It is important that the teen is an active participant in creating the goals so they “own” it.

As a parent, you may be tempted to provide directions or “nag” your child to make sure they are working towards their goals. Instead, Cheyette says “Make observations and ask questions. If you notice your son’s backpack is a mess instead of saying, ‘You need to organize your backpack,’ trying saying, ‘It must be difficult to find your homework when your backpack looks like this’ or ‘How are you able to find your homework?”

She also says, “Ask questions such as, ‘How can you help yourself?’ or ‘How can you act differently next time?’ to allow your child to think about and own their behaviors.”

Cheyette says, “There are differences between a child and a teen with ADHD.” When a child has ADHD, parents tend to be more forgiving and help them with their unfocused behaviors. But a teen with ADHD wants to be independent yet they may lack the skills. A teen’s unfocused behaviors can often lead to more severe consequences such as getting arrested or causing a car accident. It is important to understand these differences when trying to help your child deal with having ADHD.

A teen’s unfocused behaviors can often lead to more severe consequences such as causing a car accident.

I spoke to three different parents of teens with ADHD. They shared their tips for helping their teens deal with ADHD.

Amy*, a parent of a fifteen-year-old son diagnosed with ADHD, agrees with Cheyette, and thinks exercising is helpful for her son. She bought her son a trampoline to help him release his extra energy when he gets home from school. In addition to exercising, Amy saw the most improvement when her son began taking medication. She says, “once he was medicated he could use self-regulating strategies. Before that, he wasn’t able to learn these strategies since he couldn’t pay attention.”

Emily*, a parent to a fourteen-year-old son diagnosed with ADHD says, “I encourage my son to stay after school to do his homework. This way he doesn’t become distracted by things at home, like his phone, and he can receive help from his teachers. He pays attention better to his teachers than he does to me.”

Jen, a parent to a twelve-year-old daughter diagnosed with ADHD also agrees with Cheyette about the importance of eating healthy foods and getting enough sleep. She notices that when her daughter doesn’t get enough sleep or doesn’t eat nutritious meals that she experiences intense mood swings and had difficulty dealing with stress. She also suggests starting with small social settings. She says, “Instead of having my daughter join a large group like Girl Scouts, I invited two or three girls over at a time and kept the gatherings short and monitored the group. Then I worked up to larger outings.”

All the parents I spoke with and Cheyette agree that you are your child’s best advocate. This means having open communication with the school personnel, doctors, and anyone else involved in your child’s care. As Jen says, “The best advice I can give other parents is to tell them that there are going to be really bad times, but your child needs to know that you are in their court. When your child feels like a failure or has no friends or school is horrible, they need to be able to come home to you and release their frustrations and emotions.”

About the Author: Cheryl Maguire holds a Master of Counseling Psychology degree. Her writing has been published in The New York Times, Good Life Family, Parents Magazine, AARP, Healthline, Grown and Flown, Your Teen Magazine, and many other publications.

MEDICAL DISCLAIMER: This article and all content provided on Good Life Family’s website or any of our other communication vehicles are provided for educational and informational purposes only and does not constitute providing medical advice or professional services. The information provided should not be used for diagnosing or treating a health problem or disease, and those seeking personal medical advice should consult with a licensed physician. Always seek the advice of your doctor or other qualified health provider regarding a medical condition. Never disregard professional medical advice or delay in seeking it because of something you have read on our website or in any of our print or digital publications or newsletters.