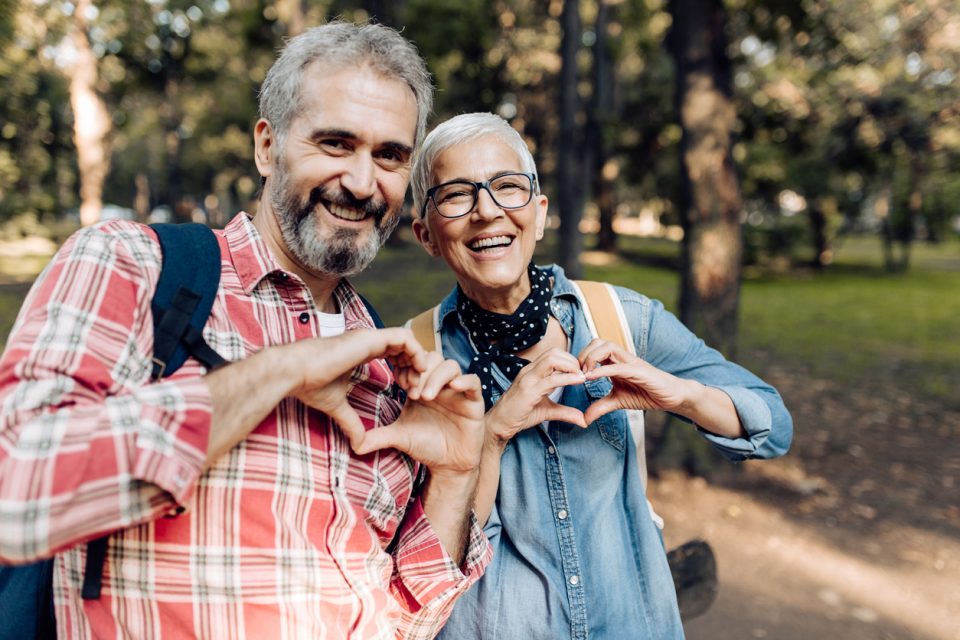 February is American Heart Health Month, and its importance has never been greater. The world’s “new normal” has introduced a ton of new stressors to our daily lives, and despite the pandemic, heart disease remains America’s most fatal killer.

Here are 9 unusual symptoms that can indicate the heart is in distress.

1.     New onset of symptoms that happen during exercise or exertion (like nausea)

Bob Kiefer, 75, a die-hard surfer from the OC, began experiencing shortness of breath following a morning surf in a remote location. Calls for help went unanswered due to no cell service. Luckily, a film crew was shooting nearby, and a paramedic was able to help secure an ambulance. Bob was in cardiogenic shock when he arrived at the hospital.

2.     Chest pain that comes on with exertion and goes away with rest (angina)

Juan Sosa, 58, is a veteran, father, and retired carpenter from Brandon, FL. He contracted COVID-19 and was in quarantine when he began experiencing chest pain. When the pain became severe, he went to the emergency room at a nearby hospital. Tests revealed Juan was having a massive heart attack and he was transferred by ambulance to a local hospital in Tampa, FL, for escalated care. Once he arrived at the hospital, Juan was brought to the catheterization lab in cardiac arrest and needed CPR and an automated external defibrillator to be revived. While medical personnel were performing CPR for over 20 minutes, Dr. Hoshedar Tamboli removed a blood clot and placed a stent in his right coronary artery.

Iman Dorty (Columbia, SC), suffered debilitating migraines every day, losing her appetite and feeling constantly fatigued when she was pregnant with her first child at 28 years old. For weeks, Iman was a regular at a local LA hospital, where ER physicians told her that her migraines and fatigue were directly related to a difficult but normal pregnancy. Eventually, Iman suffered a severe seizure, two strokes and learned her heart was failing.

A devoted husband, grandfather and retired pediatric anesthesiologist and critical care physician from Seattle, Dr. Jeff Morray was in good health prior to the COVID-19 lockdown. With his gym closed, Dr. Morray began riding his bike to stay active, but began to feel pain in his chest and jaw while riding up hills. Even doctors are not immune to critical health issues. After consulting with a local cardiologist, Dr. Morray was told he had lesions in three of his heart vessels, including his left anterior descending artery, also known as “the widow-maker.”

Kris Kirkman, 48, was a devoted husband, father and businesses man from Zachary, LA, when he started experiencing severe shortness of breath and fluid buildup around his abdomen. Though he has a family history of heart disease and has lived with hypertension for 20 years, Kris rarely saw a physician. When his symptoms became worse, Kris’ concerned wife brought him to local hospital where he was then diagnosed with congestive heart failure.

Ramon Rinkin, 41, is an active-duty Chief Navy Yeoman, husband, and father of three. Ramon experienced symptoms of indigestion and heartburn, but he brushed off the signs. He never thought a stomachache would end up knocking him out. While getting ready for work, Ramon suddenly went into cardiac arrest and collapsed in his bathroom. Ramon was in cardiogenic shock and coded.

Sebastian Rojas, 41, has type 2 diabetes, and although he has a family history of heart disease, he never suspected he could have a heart attack at such a young age. Fresh off paternity leave, he was on a Zoom call when he suddenly felt gastrointestinal distress. The gassy feeling in his stomach was so unbearable he decided to go to urgent care. He eventually started to feel shortness of breath, so he went straight to the hospital, where tests revealed Sebastian had multiple blockages, including in his left anterior descending artery. He was in cardiogenic shock.

Life is all about second chances. And for Daniel Gropper, 59, of Columbus, OH, his was a second chance at life. As a recovering addict, Daniel was learning to be kind to his body, and remain sober. An occasional dizzy spell did not seem abnormal and went away shortly after sitting down. He attributed them to “just getting older”. One day at work a dizzy spell did not dissipate quickly, and coworkers called 911 for help. He was immediately transported to a local hospital where cardiologists discovered Daniel’s left main artery was blocked and he was in cardiogenic shock.

Wendy Canty, 53, from Framingham, MA, had always taken great pride in her health. After persistent bouts of nausea and dizziness, she was surprised to learn she had severe blockages in her heart. She was sent to Tufts Medical Center in Boston for a coronary artery bypass grafting surgery. After a difficult two-month recovery, she was able to hug her daughter again. Less than two years after Wendy’s first heart surgery, she started experiencing similar symptoms. After seeing her cardiologist, Wendy discovered three of the four bypasses from her first surgery had become blocked again. This was devastating news for someone who had already endured such a tough recovery.

Luckily, all these patients were treated with a cutting-edge medical tech device, an Impella CP heart pump (the world’s smallest heart pump) and made full recoveries. The device allows the heart to temporarily rest and recover.

Experts Tips on How to Help Teens Listen to You

 How to Stop Feeling Jealous of Your Siblings

Tips for Avoiding the “Fall 15”