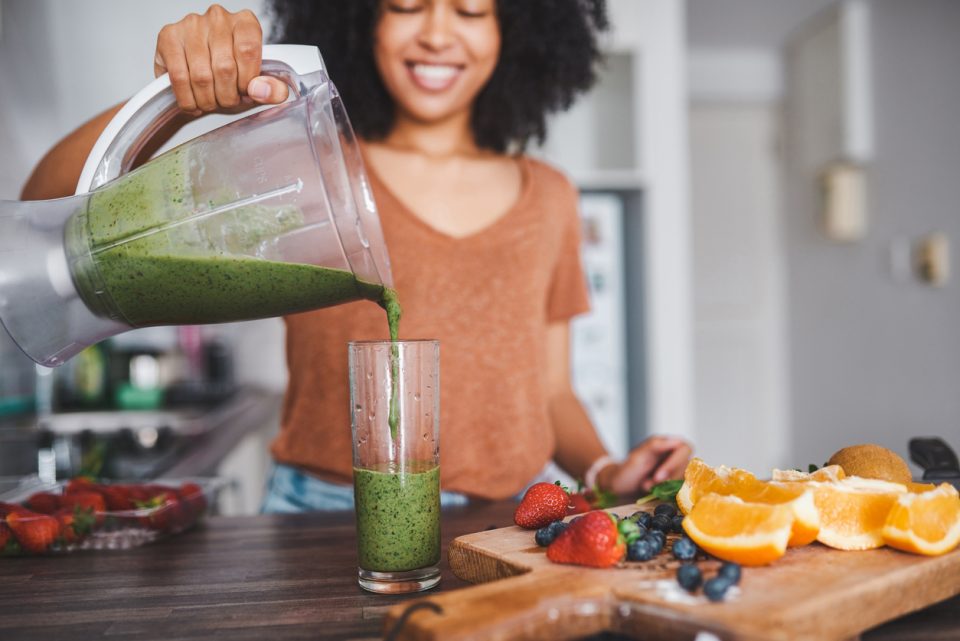 Ever felt that other people you know seem to be losing their pandemic pounds, but when you try their dieting tricks, you don’t have the same success? You may not be doing anything wrong. It could be that those strategies just aren’t a good match for you. Achieving your goals is all about finding the specific lifestyle fixes that work for you—not your neighbor. Kickstart your weight-loss plan with these new and improved strategies from top diet docs. You have nothing but weight to lose.

Start with sneakers. Everyone knows that it takes a combination of diet and exercise to lose body fat, but researchers now believe that it’s best to tackle exercise first. “Once you invest time in a daily workout, you’ll be motivated and have the feeling of wellbeing necessary to make the more difficult dietary changes,” says John Foreyt, Ph.D., director of the Nutrition Research Clinic at Baylor College of Medicine in Houston.

Set ambitious exercise goals. Instead of saying “I will exercise three days a week,” plan to exercise every day, even if you know you won’t make it. Most of us only accomplish 60 percent of our weekly fitness goals, according to research from the College of Public Health and Health Professions at the University of Florida in Gainesville. So if you plan to work out for an hour every day, you’ll probably make it to three or four workouts a week.

Find a groove. Blocking out an hour or two for a sweaty workout takes dedication. Make the prospect a little more fun by creating an exercise playlist. A study from Fairleigh Dickinson University in New Jersey found that women who listened to music while walking lost twice as much weight as those who didn’t. The music-listeners walked more often each week and adhered to the full program, which also included weekly dieting and group meetings, says the study’s lead researcher, says Christopher A. Capuano, Ph.D.

Limit tempting high-fat foods. For a while, conventional wisdom urged the no-diet approach: Don’t avoid tempting foods like chocolate ice cream, because avoidance only leads to cravings and results in bingeing. But in studies, those who actually followed this method ran into trouble. “The reality is most people trying to lose weight can’t give themselves permission to eat problem foods,” says Daniel S. Kirschenbaum, Ph.D., author of The Healthy Obsession Program. Temptation just creates difficulties. Effective weight controllers limit their exposure to these foods by not bringing them into the house. They also eat other things that are lower in calories and fat, but comparable in taste, he says. Choose replacements such as chocolate sorbet instead of saturated-fat-packed chocolate ice cream.

Keep your diet simple. Most successful losers are unadventurous when it comes to eating. “Too much variety actually stimulates your appetite,” says nutritionist Hollie A. Raynor, Ph.D., R.D. “If you’re faced with a ton of options, you’ll likely eat more just out of curiosity.” (Or perhaps because the various choices are right there, tempting you.) Curtail your dietary diversity by preparing dinners at home instead of eating out. Stick to cooking a few tried-and-true family-favorite recipes with a wide range of nutrients, and rotate them often.

Overestimate your calories. Most dieters underreport the calories they consume by a third and overreport the amount of exercise they do by half, says Foreyt. Keeping an accurate journal allows you to objectively analyze what you’re eating and why. “But even more than that, keeping a record helps you stay committed to your goal,” says Kirschenbaum. When you do guesstimate, round up by a few hundred calories.

Target weekend calories. A recent study found that on the weekends, we tend to eat about 82 calories more per day than on the weekdays, most of them from fat and alcohol. That doesn’t sound like much, but after a year, it adds up to more than two pounds. Weekends are usually a time to let it all go; but losing weight is a precise numbers game, so you can’t really afford to loosen the reins too much. Skip the extra margarita and find other ways to relax.

Order first. When you’re dining out, be the first to place your order. “You can be influenced by other people’s food decisions,” says Gerard J. Musante, Ph.D., a clinical psychologist specializing in weight loss. If a friend orders the burger and fries, for example, you’re more apt to go with the flow. Set a healthier tone by ordering a salad and the grilled fish before anyone else gets the chance to sway your decision.

Troubleshoot. When you overindulge (and you will, because you’re human), don’t beat yourself up, but don’t slough it off either. Instead, “consider what led you to overeat, and think of ways to ensure that it doesn’t happen again,” says Kirschenbaum. Taking a problem-solving approach reinforces your sense of accountability, a key factor in losing weight. For example, if you scarfed down a tray of appetizers at a work function, was it because you skipped lunch? Were you nervous about an upcoming meeting? Once you think you’ve nailed the cause, formulate a plan for what you’ll do differently the next time you encounter the same situation.

Weigh in. Daily weighing is a winning weight-loss strategy, according research from the National Weight Control Registry, which tracks more than 4,000 people who have lost 30 pounds and kept them off for at least one year. “It’s essential to know where you are and where you’re going, up or down, poundwise,” says Raynor. Minor weight gain (up to five pounds) is acceptable if you’re trying to maintain, because it could be traced to monthly water retention. “But if you’re actively trying to lose weight, gaining more than that over a week is a red flag that your calorie intake or exercise plan needs some tweaking,” says Raynor.

Outwit your appetite. Eating six small meals a day can help you control your appetite doesn’t work for everybody. “Eating that often increases your exposure to food and ups the chances that you’ll be tempted to overeat,” says Musante. To control calories, he advises that you have just three meals a day and skip snacks. Musante also notes that the mere sight of food can stimulate your appetite, so keep it all out of view. Stow open boxes of cereal and crackers, for example, in the cupboard, not on your kitchen counter. “You should even wrap leftovers in aluminum foil, not plastic, so you won’t be tempted when you open the fridge,” he says.

Make a connection. A good support system may help you make better diet and exercise decisions by boosting accountability, says Raynor. A recent study found that people who got support through face-to-face meetings with a counselor or through an Internet-based program regained less weight than participants who didn’t use either. “If your weight goes up 5 pounds, someone’s there to say, ‘what are you going to do about that?’” says Raynor.

Get your Zzzs. Short-changing yourself on sleep lowers the level of the hormone leptin—this can increase your desire to eat and decrease your ability to burn calories. To lose or maintain weight, there’s an ideal sleep zone of about eight hours a night, say researchers. According to the National Sleep Foundation, an estimated 71 percent of Americans get less sleep than that on weekdays. If you have trouble getting that much sleep, try to go to bed earlier. If falling asleep is your issue, develop a ritual that helps you relax.

Is it Safe to Use Expired Medicines?

Eating Disorders: On the Rise Among Teenagers