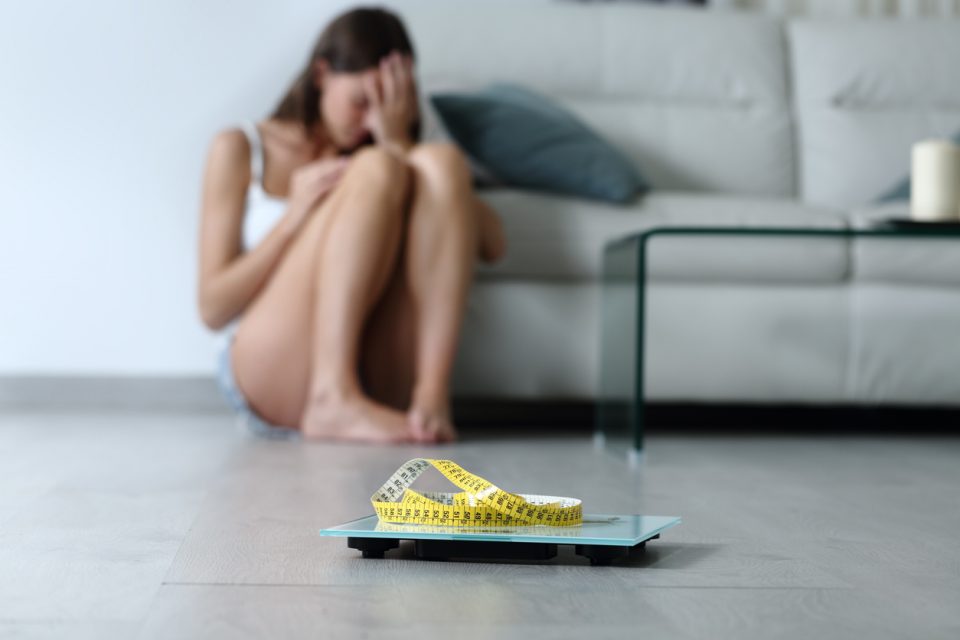 According to the American Academy of Child and Adolescent Psychiatry (AACAP), as many as 10 in every 100 young women suffer from an eating disorder. These statistics are only growing to be more harrowing as this decade’s teenagers are increasingly exposed to social media outlets that serve as catalysts for this disordered thinking.

To better understand disordered eating, you must first understand the different types of eating disorders and where they stem from. The most common and prevalent among teenagers are bulimia and anorexia nervosa.

Eating disorders do not discriminate; they are found in every race, gender and socioeconomic class. However, eating disorders are most reported in upper class teenage girls who appear to be perfectionists.

“A teenager with anorexia nervosa is typically female, a perfectionist who typically does well in school,” says the AACAP. “She typically suffers from low self-esteem, irrationally believing she is fat regardless of how thin she becomes. Desperately needing a feeling of mastery over her life, the teenager with anorexia nervosa experiences a sense of control when she says ‘no’ to the normal food demands of her body.”

While this sort of behavior may appear to be shocking or especially vile to many adults who are far removed from adolescence, this type of thinking has a ubiquitous hold on the lives of many teenage girls. Unfortunately, disordered thinking has been on a steady rise in the past 50 years.

“Epidemiological studies have suggested that the incidence of eating disorders among adolescent girls has increased over the last 50 years,” says the US National Library of Medicine Institutes of Health. “Today more than ever, adolescents are prone to concerns about their weight, shape, size and body image, and as a result, diet to lose weight.”

Many researchers attribute the uptake in disordered eating to the massive amounts of media constantly inundating teenagers.

Avid social media use in particular, seems to be a commonality among adolescents with eating disorders.

“Several cross-sectional studies have reported a positive association between exposure to beauty and fashion magazines and an increased level of weight concerns or eating disorder symptoms in girls,” finds the US National Library of Medicine Institutes of Health. “One study measured indicators of disordered eating in a ‘media naive population’ of Fijian schoolgirls after the introduction of Western television. The key indicators of disordered eating were found to be significantly more prevalent following prolonged television exposure, suggesting a negative impact of this media.”

Unfortunately, these studies ring true in my own life after seeing many girls my age suffer from the same type of thinking and behavior. The thing I have observed the most is that they have a difficult time differentiating between social media presence and reality. Many of these girls fall into the traps of mass marketing schemes curated by various beauty campaigns aimed to make a profit, forgetting that many of these advertisements feature airbrush and digital manipulation front and center.

One article suggests there is a need for increased media literacy, a process of understanding and using mass media aimed at helping young people evaluate programs and advertising content more critically. Another objective of media literacy is to educate parents to be powerful advocates of health and healthy behaviors via media usage.

“While the media may contribute to the development of weight concerns and body dissatisfaction in children and adolescents, we cannot disregard the fact that media can also be used as an important tool for health promotion and prevention strategies,” finds the US National Library of Medicine Institutes of Health. “Longitudinal research, especially with children and young adolescents, is needed to learn more about how media content is attended to, interpreted, and incorporated into the healthy development of our children and adolescents.”

Unfortunately for many teenage girls, their disordered eating arises not only from increased media exposure, but also from parents engaging in harmful rhetoric influencing their child’s behavior negatively. Family plays a huge role in the developmental process of an adolescent—there is no exception when it comes to eating habits and thought processes.

“Moms are probably the most important influence on a daughter’s body image,” finds Dr. Leslie Sim, clinical director of the Mayo Clinic. “Even if a mom says to a daughter ‘You look so beautiful, but I am so fat,’ it can all be detrimental to a child’s body image.”

Although many researchers deduce the causes of eating disorders down to specific catalysts i.e., increased media, harmful parental speech, etc., eating disorder causes can be incredibly vexing, especially for a parent who has only encouraged healthy eating habits in their child. Parents could lead by good example and keep their child’s media usage to a minimum but an eating disorder could persist nonetheless. It is important to note that as a parent, you may not have had a role in your child’s eating disorder, but if you fear he or she has a problem, you can assist in their recovery.

“You play a particularly vital role in protecting and maintaining eating disorder recovery for young children who lack the maturity and cognitive abilities to manage the process on their own.”

Above all, if your child is experiencing the harrowing effects of an eating disorder, it is most vital to be a support system and seek professional help for the child. The recovery process is not an easy one for any person involved, but it can be made easier with plenty of support and encouragement. “Be educated and be there for your child,” says the Eating Recovery Center.

Editor’s Note: Maddy Hammett is a junior at the Episcopal School of Dallas, where she is a staff writer for the school newspaper, The Eagle Edition. In her free time, she loves to read, write, and listen to music.

In a Weight-Loss Rut? Check Out these New Tactics