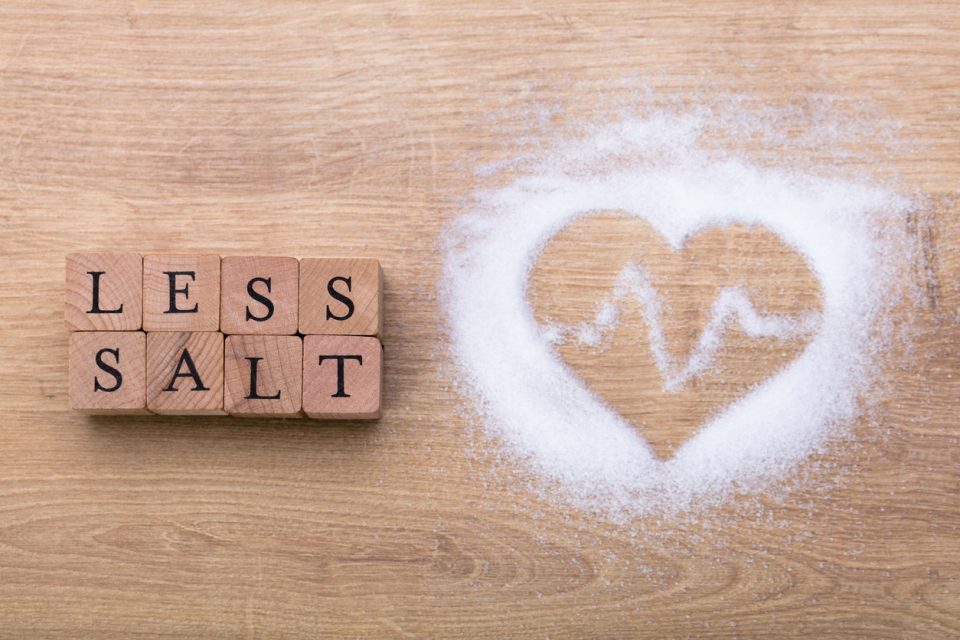 The American Heart Association recommends no more than 2,300 milligrams (mg) a day and moving toward an ideal limit of no more than 1,500 mg per day for most adults.

How can I tell how much sodium I’m eating?

You can find the amount of sodium in your food by looking at the Nutrition Facts label. The amount of sodium per serving is listed in milligrams (or mg). Check the ingredient list for words like “sodium,” “salt” and “soda.” The total sodium shown on the Nutrition Facts label includes the sodium from salt, plus the sodium from any other sodium-containing ingredient in the product. For example, this includes ingredients like sodium nitrate, sodium citrate, monosodium glutamate (MSG) or sodium benzoate.

Remember to take note of the serving size on the Nutrition Facts label. If your portion size equals two servings of a product, you’re actually eating double the sodium listed.

What should my daily sodium intake be?

The American Heart Association recommends no more than 2,300 milligrams (mg) a day and moving toward an ideal limit of no more than 1,500 mg per day for most adults.

Because the average American eats so much excess sodium, even cutting back by 1,000 milligrams a day can significantly improve blood pressure and heart health.

And remember, more than 70 percent of the sodium Americans eat comes from packaged, prepared and restaurant foods — not the salt shaker.

On average, Americans eat more than 3,400 milligrams of sodium each day — much more than the American Heart Association and other health organizations recommend. Most of us are likely underestimating how much sodium we eat, if we can estimate it at all. One study found that one-third of adults surveyed couldn’t estimate how much sodium they ate, and more than half thought they were eating less than 2,000 mg sodium a day.

Insufficient sodium intake … If you have a medical condition or other special dietary needs or restrictions, you should follow the advice of a qualified health care professional.

Here are sodium-related terms you may see on food packages:

Remember: Sodium levels vary in the same foods depending on the brand or restaurant.

At the end of the day it’s easy to tally how much sodium you consumed so you can make better choices as needed. Sometimes a small adjustment can bring big results when it comes to your health! Keep exploring this website and our blog for tips.

Is there such a thing as eating too little sodium?

The body needs only a small amount of sodium (less than 500 milligrams per day) to function properly. That’s a mere smidgen — the amount in less than ¼ teaspoon. Very few people come close to eating less than that amount. Plus, healthy kidneys are great at retaining the sodium that your body needs.

There’s no reliable evidence that eating less than 1,500 mg per day of sodium is a risk for the general population. There is some evidence that it could be harmful to certain patients with congestive heart failure.

Worried that you’re not getting enough sodium? It’s not likely.

Insufficient sodium intake isn’t a public health problem in the United States. The guideline to reduce to 1,500 mg doesn’t apply to people who lose big amounts of sodium in sweat, like competitive athletes, and workers exposed to major heat stress, such as foundry workers and fire fighters, or to those directed otherwise by their healthcare provider. If you have a medical conditions or other special dietary needs or restrictions, you should follow the advice of a qualified healthcare professional.

Editor’s Note: This feature article was written by American Heart Association editorial staff and reviewed by science and medicine advisers.