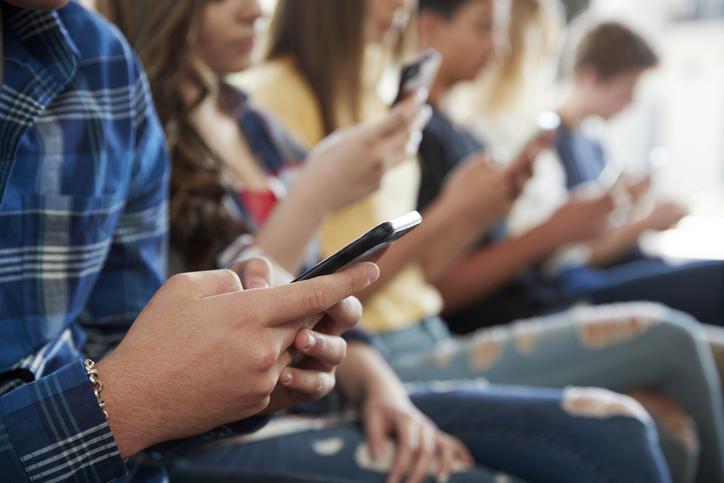 Although we are currently hearing a great deal about the opioid crisis in America, teen drug use is actually declining overall. A new study called Monitoring the Future by the National Institute on Drug Abuse indicates that teens are using fewer illicit drugs (other than marijuana) than they have in the past 40 years.

This annual government­funded report measures drug use by teenagers in eighth, tenth and twelfth grade. Specifically, the survey found that cigarettes and alcohol continued to show significant declines, reaching their lowest levels in the history of the study. Illicit drug use, such as cocaine, ecstasy, steroids, and amphetamines, are all down. Use of marijuana has declined over the past decade for eighth and tenth graders even though it is more socially accepted. Although heroin use has become an epidemic among adults in some communities, it has fallen among high schoolers over the past decade. These findings are consistent with other studies that show steady declines over the past decade in drug use by teenagers.

This surprising news has some scientists wondering what is causing this trend. One possible reason is that teens are replacing their need for drugs with technology, specifically their smartphones. A recent article in the New York Times explored the connection between the rise in technology use with the decline in drug use. The pattern is quite clear, and it has many experts anxious to explore this hypothesis in more depth.

Kids today are spending an exorbitant amount of time using electronics. A 2015 survey published by Common Sense Media found that American teenagers ages 13 to 18 averaged six and a half hours of screen time per day on social media and other activities like video games. In addition, a 2015 report from the Pew Research Center found that 24 percent of teenagers ages 13 to 17 reported being online “almost constantly,” and that 73 percent had a smartphone or access to one.

What keeps them wanting to come back for more? So much of the interaction with technology can provide a dopamine high for our kids. Dopamine is a neurotransmitter that gets released in our brain when we experience something positive. It essentially serves as a reward system. In the same way that drug users experience a dopamine high, experts are now finding that aspects of technology can also provide that same type of physical and psychological reaction.

David Greenfield, assistant clinical professor of psychiatry at the University of Connecticut School of Medicine and founder of the Center for Internet and Technology Addiction, explained in the New York Times article that due to the way smartphones stimulate our brains, we’re all “carrying around a portable dopamine pump.” Every time we post, share, like, comment, or send an invitation online, we are creating an expectation to get a response from others. When someone responds to our emails, texts, posts, comments, or invitations, we feel a sense of belonging and get a rush of happiness and excitement.

Delaney Ruston, a physician who produced the documentary Screenagers that explores the relationship between technology and childhood development, points to many studies that review MRI scans of the brains of kids who play 20 hours or more of video games per week. When the scans are compared to people who are addicted to drugs or alcohol, their brains look quite similar.

This rush is something that our kids notice and end up craving. It is also so much easier to get these positive feelings online instead of having to interact in person, such as asking someone out on a date or giving a friend a compliment—that takes courage and work. So, technology makes it so easy for our kids to get one dopamine high after another.

In the New York Times article, Eric Elliott described his concerns about teens’ increased focus on technology. As a father and school psychologist for almost 20 years, he is more concerned about technology than drug use. While his daughter will pass on smoking marijuana, she will take her phone to bed with her. He has seen a decrease in drug and alcohol use among the students he counsels. The students are more likely to have a challenge with being addicted to video games than drugs, which is a very different trend from when he began his career.

There is no doubt that technology addiction is a real concern. A 2012 survey of 3,461 North American girls age 8 to 12 found that high levels of media use (e.g., talking on the phone, communicating online, watching video, and listening to music) were related to negative social wellbeing, while face-to-face communication was associated with positive social and emotional outcomes. Many researchers have also found that narcissism is on the rise, while empathy is on the decline. They point to social media as a reason for that trend. And with any addiction, experts agree that negative consequences, such as depression, anxiety, poor academic performance, and damage to relationships, can result.

So, how common is technology addiction? According to Common Sense Media, it is actually quite rare. It may seem like your son or daughter is addicted to their phone and other gadgets, but odds are it is simply normal teenager behavior. Teens check their devices often and feel pressure to respond quickly to messages. Plus, their friends tend to take priority over everything else going on in their lives—something that has been going on for generations.

On the other hand, drugs kill. Would you rather have your child addicted to their phone or drugs? I would choose the tech addiction any day over the alternative.

What Parents Can Do

Besides cutting back on screen time, we can help shift our children’s attention to more positive ways to get a dopamine boost. All of these activities have been proven to make us happier and stimulate the production of dopamine and other feel good chemicals in our brain.