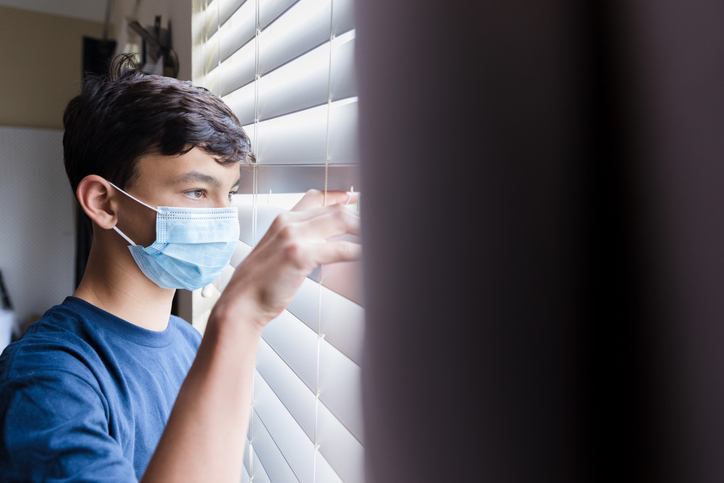 “We have all known the long loneliness, and we have found that the answer is community.”
Dorothy Day

Last summer, the Centers for Disease Control and Prevention conducted a survey on mental health and found that one in four respondents ages 18 to 24 had “seriously considered” suicide in the previous 30 days. According to another CDC report, compared with 2019, the proportion of mental health–related visits for children aged 5–11 and 12–17 years increased approximately 24% and 31%, respectively in 2020. There is no doubt that the isolation and stress of this pandemic have contributed significantly to these statistics.

“People need people,” says Dr. Dean Beckloff, licensed counselor and founder of the Beckloff Behavioral Health Center, “… and want to be with people,” he adds. “This isolation has definitely taken its toll.” Over the course of this last year, he has seen the impact it has had on the kids he sees in his office. For some, the lack of in-person social interaction is crushing. For others, he has seen how some adolescents have been able to maintain a social seclusion that is not necessarily healthy. A 2015 study at the University of North Carolina revealed that socially active teens are healthier than their loner peers in key areas such as weight, blood pressure, and stress hormone levels.

Parents need to keep tabs on how their child is handling being at home so much more, and the younger the child is, the more “hands-on” they can be in creating opportunities for him or her to have social time with peers. “Some families have been very intentional in trying to meet social needs,” according to Dr. Beckloff. He points to families in his practice that have formed coalitions or social “bubbles” in which families agree to interact only within a small social group to drastically reduce the risk of illness. Others have hired a teacher so that school is conducted with a handful of trusted families.

For younger children, parents can help set up playdates via Zoom and even help figure out games to play on-line, but as the kids get older the burden to set up those social opportunities becomes more difficult. “Bring the kids into solving problems and let them use that prefrontal cortex to develop sound reasoning,” Beckloff suggests. Say, “We need to be doing something with people. What can you think of?” He knows that for some kids, you may have to push them a little. “A Zoom format may actually be less anxiety-producing for a child who is already timid or shy or doesn’t seek out others,” he says. “It can be more challenging, but we as parents need to establish options for them to interact.” He reminds parents, too, that with so much time being spent on-line, it is also important to have discussions about tech safety.

As the pandemic has escalated, many families have isolated even more, so for the really outgoing teen, it can be extremely difficult. They are likely pushing parents to get together with friends, and Dr. Beckloff says these teens are “more prone to be stressed and even angry due to social isolation.” Parents need to give their children an opportunity to express those emotions – sadness or anger or frustration – and let them know it is okay to feel that way. Ensure the teen understands your family’s guidelines about getting together with others and why.

Beckloff says college students today are really experiencing intense reactions to the disruption to their social lives. If they had experienced college pre-pandemic, the changes can be especially difficult. One of his clients had been away at college in California until the university shut down and went all on-line. As a college student who has had to move home, she recognizes it is a time when she should be on her own, but she isn’t. These kinds of circumstances can cause real depression and even grief. “Tensions are immense, and conflicts can be huge,” Beckloff recognizes.

He also reminds parents that for everyone who is experiencing stress, whether child, teen, young adult, or the parents themselves, physical exercise is vital. Harvard professor of psychiatry Dr. Craig Miller points out that for some people exercise can be even more effective than anti-depressants.  Perhaps exercising together as a family can benefit everyone.

For all that he endured as a prisoner of war, Senator John McCain frequently alluded to his years in solitary confinement as some of his most difficult, as torturous and agonizing as any physical abuse he suffered. What adolescents are experiencing cannot be compared to the level of isolation of a POW, but it can be agonizing for them nonetheless. As parents, our responsibility is to give credence to their emotions and support them in finding ways to connect. Let’s just hope it won’t be long before those connections are all once again face-to-face.

That’s a Good Question! Podcast Episode 6: How can we help our kids battle depression?