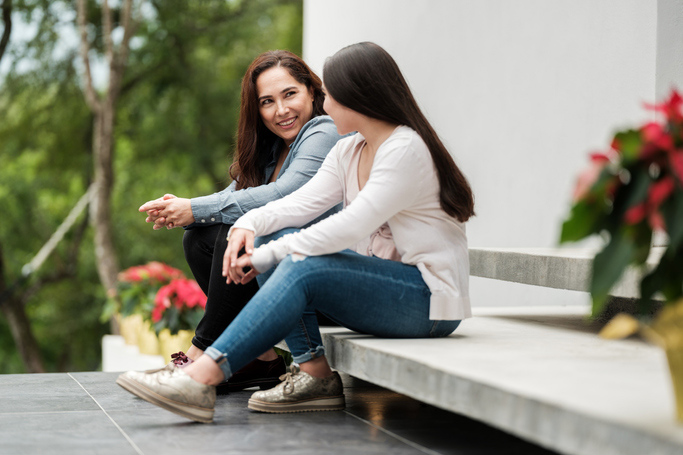 Every parent of teens knows how difficult it can be to get through to them, but it doesn’t have to be this way. There are many things parents can do – and a couple of things they shouldn’t do – to get their teens to listen. Here’s what the experts suggest:

Teens like to know that their parents are taking them seriously, so if you want them to listen, don’t just state your opinions or tell them what to do. “Tell them why those are the right opinions,” says Rachel Ehmke of the Child Mind Institute. Give good reasons for what you say, and for what you say they should do.

It can take days, even weeks, for teens to process the substance of a conversation, especially an important one. If your teens don’t understand what you say at first give them some time and space to reflect on the conversation before you bring it up again. “You might be surprised how your conversation evolves over time,” clinical psychologist Dr. Gregory Jantz says.

Teens will reflect more and better on what you’re telling them when you rephrase statements as questions instead of commands. “By asking questions,” says Josh Shipp, the author of The Grown-Up’s Guide to Teenage Humans, “you as a parent are getting your children to think critically on their own.” Try to ask questions that make your teens reflect on the causes and consequences of their actions.

“Stop talking before your teen tunes out.”

Keep It Short and Simple

Keep it short and simple, says therapist Mendi Baron: “If you’re going on and on, your teen is thinking, ‘I got the point already, please STOP.’ So, stop talking before your teen tunes out.” This is difficult advice to follow. As parents, we like to unload whatever is on our minds but doing that can easily backfire.

Don’t lose your cool, even if your teens are rude or aren’t paying attention to what you’re saying. If you lose your temper, the conversation can escalate into a shouting match. Remember that you’re the adult and should be better able to control your emotions than your teens. Instead of losing your cool, Ms. Ehmke says, “count to ten or take some deep breaths before responding.”

“If you lecture,” Mr. Shipp says, “your teen tunes you out. And when that happens, you become the boy who cried wolf. You could have the most pertinent information, but your teen won’t hear a thing you say.” Also, a lecture is a monologue where only you get to talk and not a dialogue between you and your teen where both get to speak.

A lecture is a monologue where only you get to talk and not a dialogue between you and your teen where both get to speak.

“No one likes to feel judged,” says professional counselor Trudy Griffin. “If you come off as critical or judgmental, your teen may shut down.” Try to say what you want to say in as neutral a way as possible. When you “remove judgmental phrases from dialogue with your teen,” Ms. Griffin adds, you’ll be surprised by how much more they’re willing to listen to you.”

Tanni Haas is a Professor in the Department of Communication Arts, Sciences & Disorders at the City University of New York – Brooklyn College.