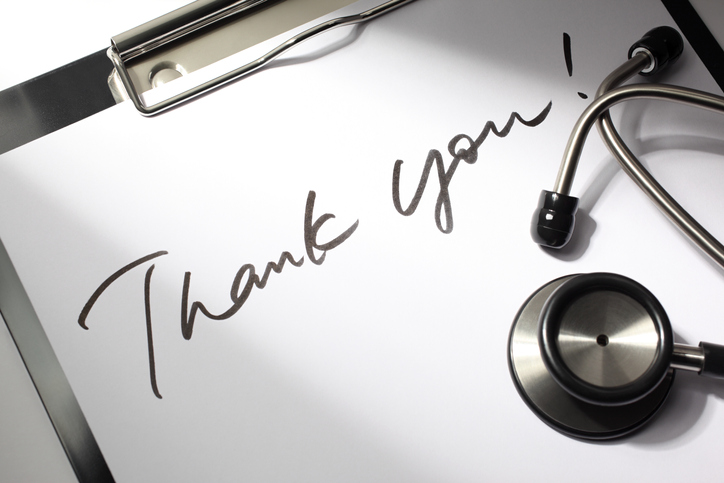 Editor’s Foreword: As a child, Aubrey spent several Thanksgivings at Children’s Medical Center Dallas. This year, 15 years after the innovative kidney and heart transplant that saved her life, she is spending it at home with loved ones.

When Aubrey was just 8 years old, she received the first dual transplant to ever be performed by Children’s Health.

This ground-breaking surgery took 12 hours and successfully gave Aubrey a new kidney and heart. Inspired by the care she received years ago, Aubrey is studying to become a medical assistant and wants families who are spending the holidays in the hospital to know there is hope.

Here, in her own words, is Aubrey’s story.

Thank you for asking about my story …

I was born with a congenital heart defect called an Ebstein’s Anomaly, where the valve on the right side of the heart isn’t formed correctly. That eventually led to me needing a heart transplant at 3 years old. I had complications from the beginning as my body was rejecting the heart. Just over a year later, during a routine appointment at Children’s Health, I had a heart attack while sitting on my mom’s lap in the cardiology waiting room. She took me in the back to find someone to help; the doctors and other staff did CPR for approximately 17 minutes before they revived me. They discovered a form of rejection called transplant coronary artery disease, where the arteries in my heart had narrowed, restricting blood flow and causing my heart attack. I remained in the hospital for a while, and eventually I received my second heart transplant. That transplant lasted for three years when again the arteries in the heart began to narrow.

They were concerned I would have another heart attack, so I was admitted to the Children’s Health ICU and placed on medication that was helping my heart. Unfortunately, the medications I was on and the poor heart function were also affecting my kidneys negatively, and I ended up needing a kidney transplant, too. When my kidneys began to fail, there was talk that I might have to be removed from the heart transplant list, which means I would have died. I had a very supportive team of doctors who researched the possibility of a dual heart/kidney transplant. This type of surgery had never been done at Children’s Health before. The doctors believed that I would be a good candidate for the surgery and that they had the resources to perform the surgery there. My team went above and beyond to save my life. The surgery lasted 12 hours. I remember waking up from surgery and feeling very heavy like I was never going to be able to walk again. At first, the transplanted kidney didn’t seem to work, and they hoped it might just be slow to respond. Sure enough, after several days, it began to work.

I guess you could say I grew up at Children’s Health.

I spent many holidays there over the years, but while waiting on this last transplant, I was in the hospital a total of seven months, from December 2004 to July 2005. It was really hard to live in the hospital all that time. I missed holidays, my birthday, and family members’ birthdays. I missed my family and friends who all lived two hours away, but I had visitors sometimes and the nurses who took care of me all became my friends, and I loved them. A few years ago, my kidney began to fail and last year my mom donated one of her kidneys to me. Fast forward to today, fifteen years later and my heart is still going strong. I think I am a Children’s Health success story.

I’m 23 years old and training to be a medical assistant and maybe even one day I can work my way up to becoming a nurse.

My ultimate goal is to work in the hospital that I grew up in and where I got my transplants, so I can help children like me to have hope. Growing up with chronic health conditions isn’t easy. I still take medications every day that prevent rejection, but I am so grateful that I had such a wonderful team that didn’t give up on me. I hope families that are in the hospital right now, families that struggle with chronic illness, can find hope in my story and know that they aren’t alone.

Editor’s Note: The Children’s Health Solid Organ Transplant team is also celebrating a big milestone this year—their 40th anniversary. Since 1984, the team has performed more than 1,400 successful transplants. Aubrey and her family are thankful for the care team that made sure she received the treatment she needed during a time when dual transplants were not common practice. They believe that Aubrey being alive today is a true testament to the dedication of this team.