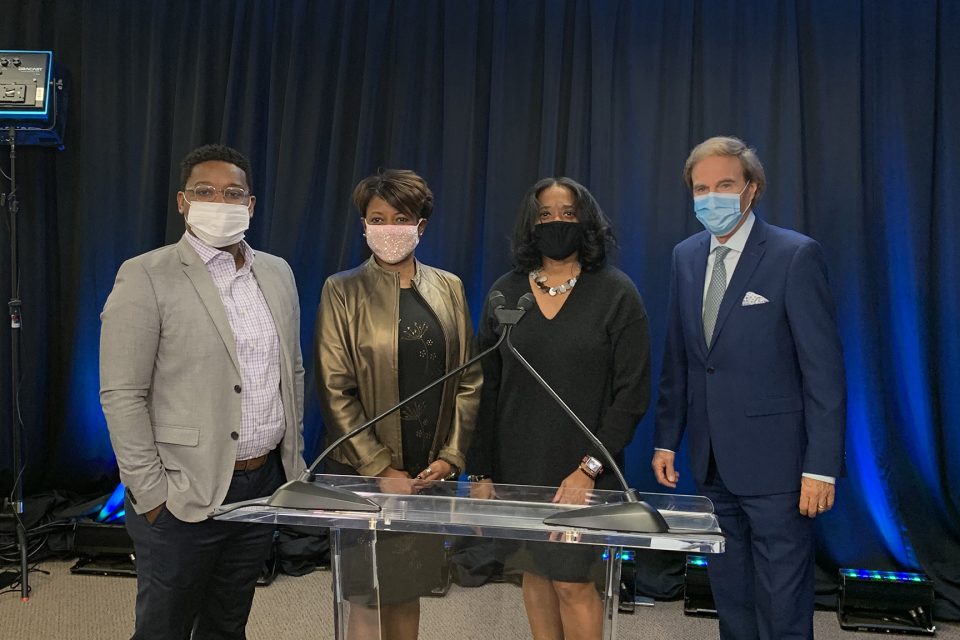 “Never doubt that a small group of thoughtful, committed citizens can change the world. Indeed, it is the only thing that ever has.”
Margaret Mead

During this traditional month of giving thanks, the Greater Dallas Chapter of the Association of Fundraising Professionals (AFP) honored five award recipients for their selfless service and dedication to others at the organization’s 35th Annual National Philanthropy Day Celebration, held virtually on November 13. This annual event pays tribute to those who change our community—and our world—through their philanthropy. Each of this year’s five award recipients also expressed their gratitude for this honor while sharing their own passions for their work in the community.

During this unprecedented year, area nonprofits, volunteers, funders, foundations, business and community members joined together virtually to honor this city’s finest who give selflessly in support of numerous worthy causes.  In this virtual format, the annual event, which traditionally features pre-recorded acceptance speeches from the award recipients, included live remarks from the Greater Dallas Chapter Association of Fundraising Professionals President Shawn Wills, Co-Chairs Tanya Downing and Benjamin Vann as well as longtime event emcee Scott Murray, all live from Murray Media Studios. Texas Capital Bank was recognized for its role as the AFP Dallas chapter sponsor.

Special remarks were provided by John Olajide, president and CEO of Axxess, and chairman of the board of directors of the Dallas Regional Chamber. Olajide shared remarks on the importance of giving back, recognizing the importance of businesses, big and small, who make our city a better and more vibrant place.

The 2020 awardees were honored in five categories:

(Take a moment to watch each recipient’s inspiring acceptance speech by clicking on their names.)

Outstanding Volunteer Fundraiser Natalie Musgrave Dossett, nominated by the Ronald McDonald House of Dallas (RMHD), has been a passionate fundraiser and advocate for multiple nonprofits including the Episcopal School of Dallas, Planned Parenthood of Greater Texas, Dallas Museum of Art (where she served as a docent), the Visiting Nurse Association of Dallas, and RMHD, where she chaired the capital campaign, raising more than $12 million.

Outstanding Foundation the David M. Crowley Foundation, nominated by North Texas Food Bank (NTFB), has made an incredible impact on North Texas by providing support for innovative solutions to the problems facing children, economically disadvantaged individuals, and the community at large. Over the 20 years of partnership with NTFB, the foundation has supported capital campaigns, strategic plans, and the establishment of NTFB’s Mobile Pantry program.

Outstanding Philanthropist(s) Mary and Carl Ice, nominated by The Salvation Army of North Texas, inspire others to give financial support and volunteer leadership to many nonprofits. The couple supports The Salvation Army, Flint Hills Discovery Center, The Lyle School of Engineering, and Kansas State University. Additionally, Carl has ensured a legacy of giving from BNSF Railway Corporation, where he is president and CEO.

Luncheon Co-Chair Tanya Downing emphasized the importance of organizations and individuals stepping up to positively impact the lives of others especially during the pandemic. “The community has depended on the support, compassion, and commitment of individuals and organizations such as those on this stellar list of award recipients. It is our hope that those who joined us for the event were inspired to go forward and make a difference.”

In her acceptance speech, Outstanding Volunteer Fundraiser Natalie Dossett quoted Margaret Mead who stated, “Never doubt that a small group of thoughtful, committed citizens can change the world.  Indeed, it is the only thing that ever has.”

GIVING THANKS: 23-Year-Old Aubrey Reeves Reflects On the Life-Saving Transplants that Saved Her Life 15 Years Ago