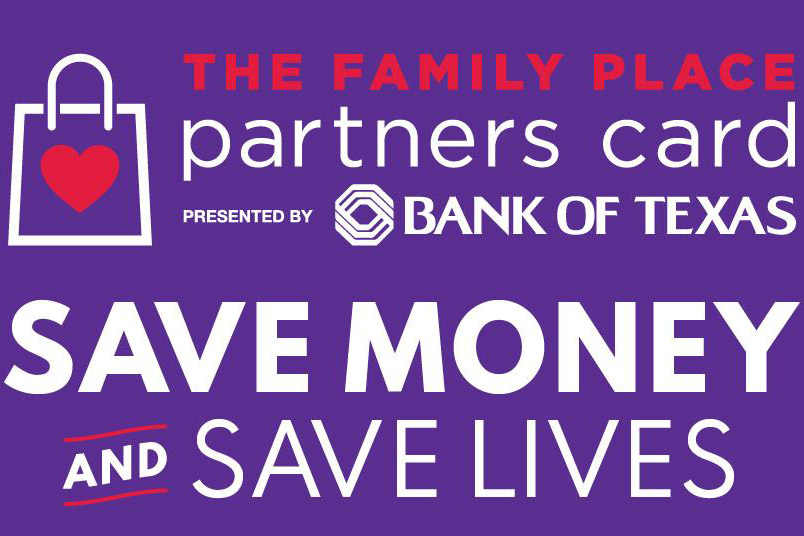 The statistics are startling: One in three Texas women have experienced domestic violence at some point in their lives. Fortunately, The Family Place has been saving lives in the North Texas community for 40 years. This organization empowers victims of physical and emotional domestic abuse by providing safe housing, counseling and support in learning skills that allow former victims to begin new, independent lives. They also advocate for social change to stop the cycle of domestic violence.

Here’s one of those stories:

By THE FAMILY PLACE | Contributor

Sarah was a single woman working around the clock when she met a guy online that seemed too good to be true. He was fun and spontaneous, and she truly loved spending time with him. After 6 months of dating she moved in with him, ignoring some small red flags she had seen in their relationship, and that’s when the abuse really began. What started small grew into emotional and verbal abuse, gaslighting, sexual abuse and physical abuse. At the same time, she had become isolated from her friends and family and had no support around her.

Sarah didn’t know what to do and was convinced it wouldn’t get any better. She left a few times, and even moved to Seattle once to try to escape him, but always ended up coming back.

One sunny Sunday afternoon she and her boyfriend were walking through Klyde Warren Park after a particularly intense fight the night before. Out of nowhere he cornered her against a tree, but not in a violent way that would raise suspicion to anyone around. He told her that he would have strangled her the night before if he had the chance. That’s when she knew she had to get out.

Sarah bought a tracker to put on his car as she figured out her plan. On March 13, 2020, she packed all her belongings while he was at work and drove to her cousin’s house in Dallas for safety. She blocked him on every device so that he would not be able to reach her.

Just days later, Dallas was under a shelter at home order because of the COVID-19 pandemic.

“I know in my heart of hearts if I had stayed, especially during Covid quarantine, I wouldn’t be here today,” Sarah said.

After leaving, she told her counselor about what was going on and that counselor told her about The Family Place. Sarah connected with a counselor at The Family Place and was able to begin both group and individual counseling, virtually. These counseling sessions gave her perspective and reflection about what she had been through and transformed her thinking. She also found a new job working in administration for Wayfair so that she could support herself.

“In my relationship, I was depressed, anxious, scared and suicidal. The Family Place gave me the tools I needed to move forward and never go back,” Sarah said. “I’m forever grateful I had The Family Place to provide the resources and courage to keep me going forward building a happy and healthy life.”

ABOUT PARTNERS CARD:
Partners Card is the largest fundraiser for The Family Place, and 100% of purchases support survivors of domestic abuse.  From Friday, October 30 – Sunday, November 8, shop at over 500 participating locations in DFW and save 20% at retailers and 10% at restaurants, while also supporting The Family Place.

Good Life Family is a proud media sponsor of Partners Card. Go to goodLIFEfamilymag.com or familyplace.org for more details.

ABOUT THE FAMILY PLACE:

In 1978 a group of community volunteers organized The Family Place as one of the first family violence shelters in the state. Today The Family Place is the largest family violence service provider in North Texas, with three emergency shelters providing 177 shelter beds each night, including the state’s only shelter for men and children. The Family Place served 13,016 clients with 169,672 hours of service last year alone. Over the past 41 years, they have counseled more than 216,500 clients, provided lifesaving shelter to more than 25,000 women, men and children, and answered more than 615,000 calls for help. The Family Place has helped more than 19,000 batterers learn how to change their abusive behavior and reach approximately 6,500 students each year through its youth education programs. All of the programs are provided in Spanish and in English.

“The Family Place gave me the tools I needed to move forward and never go back.”
-Sarah

Outdoor Living: Create the Backyard of Your Dreams

Is Your Child Experiencing Back-to-School Anxiety?