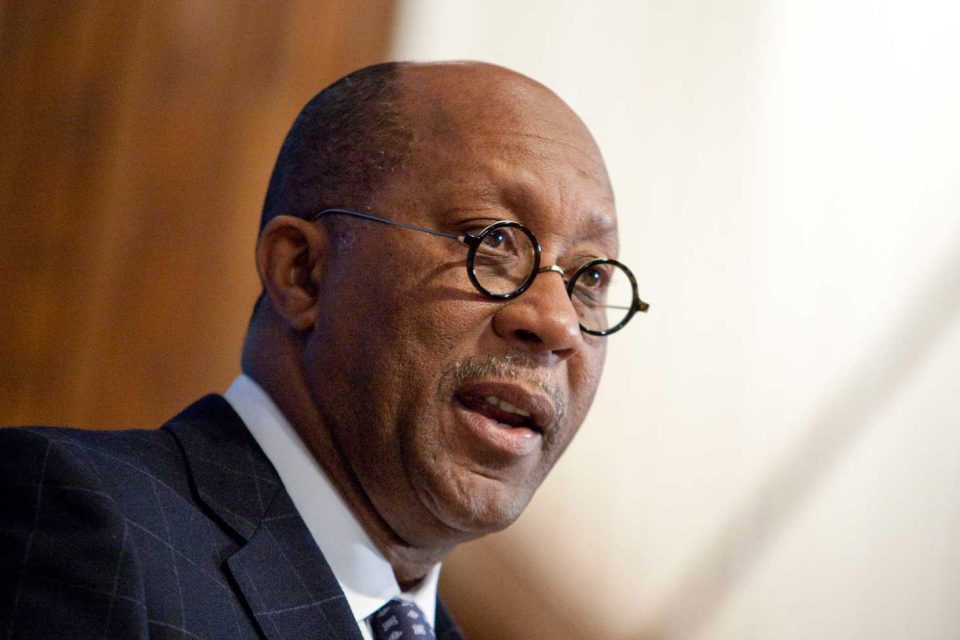 A frank and personal conversation on race relations with Ambassador and former Dallas Mayor Ron Kirk and NBA Hall of Famer Spencer Haywood, plus the latest updates on the COVID-19 crisis from Dallas County Judge Clay Jenkins and the County’s Public Health Director Philip Huang. These are just a sampling of the topics and featured speakers in a podcast series recently launched by the University of North Texas System.

Titled “We Are North Texas,” the podcast focuses on leadership, innovation, compassion, ideas and accomplishments in the UNT System’s home region of Dallas-Fort Worth. UNT System Chief Communications Officer Paul Corliss hosts 4-5 discussions a month that are broadcast on podcast channels including Spotify, Apple Podcasts and Spreaker.

In a 40-minute conversation, Kirk passionately shares his experiences and perspectives as a Black man and discusses what it will take for America to truly change.

Fort Worth Mayor Betsy Price unveils how the nation’s 13th-largest city navigated the COVID-19 pandemic while touting how partnerships with groups such as the UNT Health Science Center played a crucial role. Former Dallas Mavericks standout Josh Howard talks of his return to Dallas, the city that made him famous, and his new role building a UNT Dallas men’s basketball program from scratch while mentoring young athletes.

Dallas Regional Chamber CEO/President Dale Petroskey reflects on the major pivot required to meet the needs of members whose workforce shifted to an at-home model, the efforts to find jobs for displaced workers, businesses’ return to work, and the outlook for recovery.

Popular Dallas Morning News op-ed columnist Robert Wilonsky provides perspective on the beloved Northwest Dallas neighborhood where he was raised and currently lives. He and Corliss, who also lives in the neighborhood, explore how their little corner of the city helps them maintain a sense of normalcy in the midst of social distancing and sheltering at home.

Additionally, a former UNT-Dallas law grad tells of returning to his prevision profession – nursing – and joining the frontlines in New York City during the darkest days of the pandemic. Other guests include UNT System Chancellor Lesa Roe, UNT Health Science Center epidemiologist Dr. Diane Cervantes (Dr. Microbe), and many others.

Corliss is a TCU graduate who spent two decades in pro sports – working as a communications and community relations executive, while also producing and hosting award-winning TV and radio programming for NFL, NBA and NASCAR properties – before coming to higher education in 2015.

Learn more about the UNT System and find the collection of “We Are North Texas” podcasts at untsystem.edu/we-are-north-texas-podcast.

Have an idea for a topic or a speaker? Contact Corliss at communications@untsystem.edu.

ABOUT THE UNIVERSITY OF NORTH TEXAS SYSTEM: