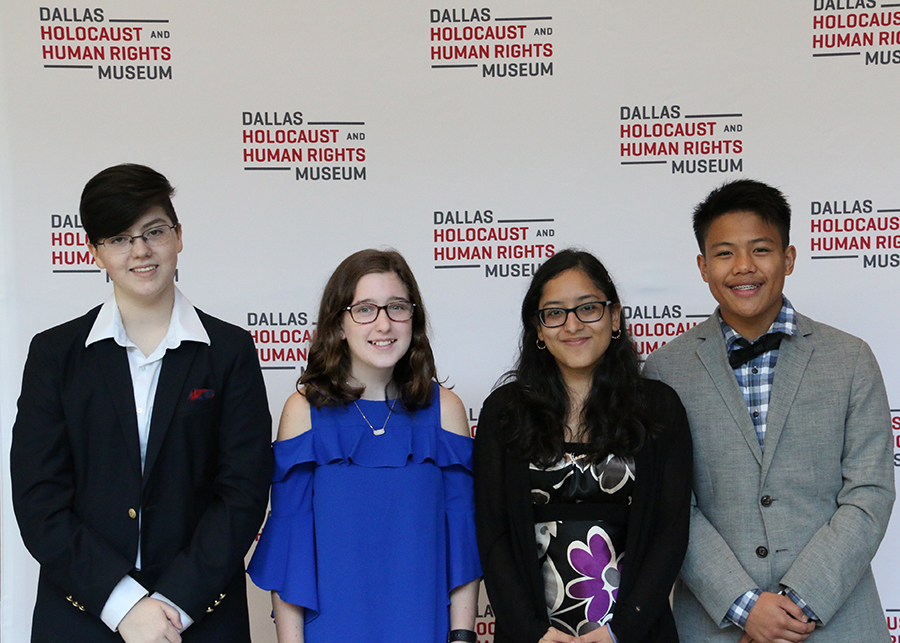 Dallas has reason to be proud of many amazing attractions.  The city is home to a world-class zoo, the beauty of the Dallas Arboretum, and awe-inspiring museums including ones that share the city’s history at the Sixth Floor Museum, stunning art at the Dallas Museum of Art and the Nasher Sculpture Center, groundbreaking interactive exhibits at the Perot Museum of Nature and Science, and so many more.  The city’s newest museum building will, no doubt, become another “must-see” attraction, but this one is likely to be the most thought-provoking.

When the Dallas Holocaust and Human Rights Museum opened the doors in September to its brand-new building and exhibits, it also hoped to launch a renewed commitment to see how lessons from the past can encourage every visitor to make their own commitment to stand up for others. The museum refers to the “upstanders,” those who take action to defend the powerless, versus the bystanders who do nothing, and it asks the visitor to consider their own ethical and moral decisions in the face of injustice.

Though the museum’s primary historical focus is on the Holocaust, which, by all that defines it, is disturbing and difficult to see and experience, it also tries to bring humanity to a period marked by the inhumane.  Visitors can step into a refurbished boxcar like those used to transport the Jews to concentration camps, read written accounts, listen to audio recordings, and view 3D holographic images of Holocaust survivors.

The museum’s historical narrative continues well after the Holocaust to show how the same “Ten Stages of Genocide,” developed by George Mason University Professor and Genocide Watch founder George Stanton can be applied to other world events from the Khmer Rouge in Cambodia to the atrocities in Rwanda.  The museum also has a wing devoted to examining civil rights in America. 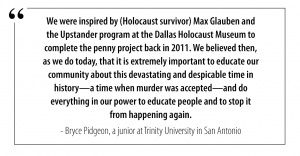 What is key is that by not forgetting those who suffered we can strive to be upstanders in the future.  Last year, the museum created the Every Child Has a Name project. The goal of the project was for students to research a child murdered in the Holocaust and to develop a research or creative project to commemorate that child’s life. Students from across Texas participated in the project. Ultimately, the Museum received over 300 submissions including works of art, poetry, essays, and multimedia creations. Two high school and two middle school students were selected and honored at a special ceremony in the days before the grand opening.

The project ran in conjunction with the special exhibition Let Me Be Myself: The Life Story of Anne Frank. It stemmed from the 2011 Every Child Has a Name legacy project, often called the Penny Project.  The original project was started by youngsters at Memorial Preparatory School in Garland in 2006 and later by students at Trinity Christian Academy in Addison to collect pennies representing the children who had died in the Holocaust.  For their bar and bat mitzvah projects, siblings Bryce Pidgeon and Jaxie Pidgeon who were Renner Middle School students in Plano at the time and are now in college, collected over 300,000 pennies to complete the collection of 1.5 million pennies to ensure all of the children who perished were represented. Says Jaxie, “When you say 1.5 million children, it’s an incomprehensible number and maybe people become desensitized to what that really means. How long would it take to count to 1.5 million? To put it in perspective, the number of pennies we collected were literally too many for the museum to show on exhibit in the new museum. So, for Bryce and I, the Every Child Has A Name Penny Project put the count into perspective.”

The museum knows it is vital for the nearly 100,000 students who are expected to come through the museum each year to appreciate that they have the opportunity to honor the lives of those who died by making a name for themselves. The award recipients of the 2019 Every Child Has a Name project are Veronica Ledezma, Irma Rangel Young Women’s Leadership School, Emma Derr, Sunnyvale Middle School, Ethan Siao, Sunnyvale Middle School, and Ashton Brown, Greenville High School.

In 2018, the Washington Post reported that a poll showed that 22% of millennials hadn’t heard of the Holocaust or weren’t sure if they had, and 2/3 didn’t know what Auschwitz was.  This museum aims to make sure no one forgets. Bryce Pidgeon remembers, “We were inspired by (Holocaust survivor) Max Glauben and the Upstander program at the Dallas Holocaust Museum to complete the penny project back in 2011. We believed then, as we do today, that it is extremely important to educate our community about this devastating and despicable time in history—a time when murder was accepted—and do everything in our power to educate people and to stop it from happening again.”

Founded in 1984 by a group of Dallas area Holocaust Survivors, the Dallas Holocaust and Human Rights Museum is dedicated to teaching the history of the Holocaust and advancing human rights to combat prejudice, hatred and indifference. For more information, to become a member, or to plan a group tour, go to dhhrm.org.

(Pictured at top): The award recipients of the 2019 Every Child Has a Name project (L to R): Ashton Brown, Emma Derr, Veronica Ledezma, and Ethan Siao. 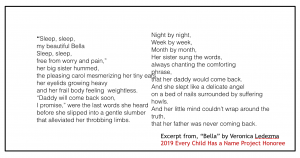 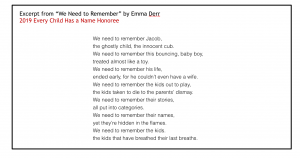 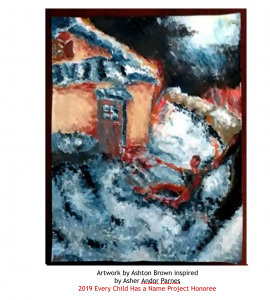 A Passion for Turtle Creek Park

A Taste of Dreams Come True