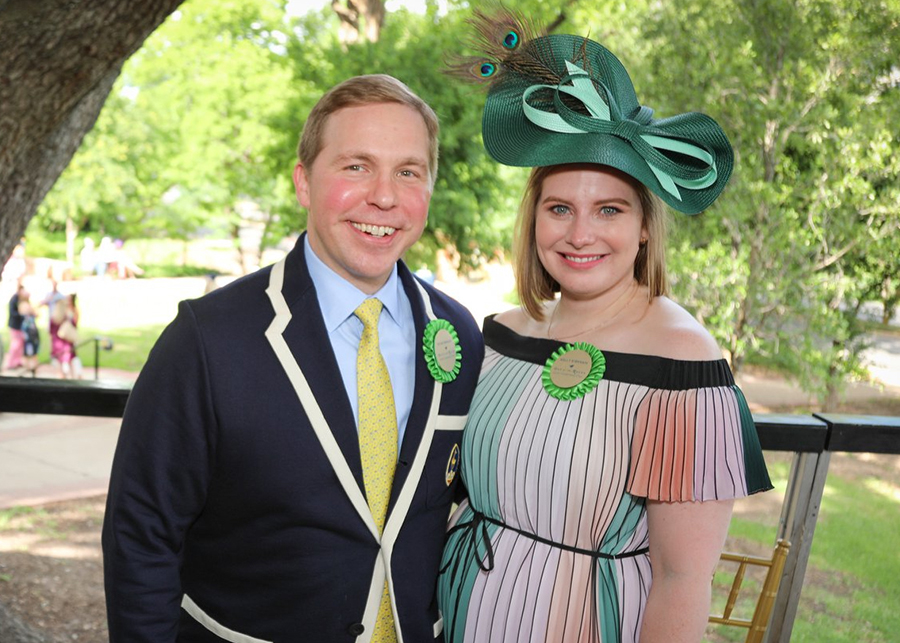 For my wife, Kelly Kirkham, and me, our spirit of giving and desire to commit to one philanthropic activity is not only done out of love for the people in our Dallas community, but also our love for a specific place, Turtle Creek Park.

Situated at the somewhat ill-defined confluence of the Oak Lawn and Uptown neighborhoods, Turtle Creek Park (the former Lee Park) is Dallas’ second oldest park. Its rich history includes hosting such diverse events as USO dances for soldiers during World War II in the 1940s to protests of the Vietnam War in the 1960s.

By the mid-1990s, the park was showing its age. That’s when a committed group of park enthusiasts and preservationists created a public/private conservancy to not only help protect the park, but also reinvigorate it with significant capital improvements.

This group, the Turtle Creek Conservancy, is still very active today. The actions of the Conservancy have helped pay for major physical improvements to the park and help keep the grounds verdant and vibrant.

The park holds a special place, both individually and as a couple, for my wife and me. Our first meeting was at a Conservancy Christmas party thrown at Arlington Hall on the grounds of Turtle Creek Park. I’ve been a member of the Conservancy since 2006. My wife since 2011. We’ve both held leadership positions on the Conservancy’s Board in the years since.

When we lived in the Oak Lawn neighborhood, the park was a daily touchstone. It was part of the fabric of our daily routine and because of the regularity of our visits to the park, we could see how the Conservancy’s efforts took shape. One could observe the improvements made due to the actions of our group in an easily tangible sense. That lends a sense of accountability to the actions undertaken.

That also has kept us motivated to offer our ongoing support to the park and to take the helm to lead its largest annual sustaining philanthropic effort: The Day at the Races Kentucky Derby Party.

The party is a highlight of the spring Dallas social season. Dallasites young and old head to Turtle Creek Park in their finest Derby attire, along with the requisite fancy hats for the ladies, to enjoy the fun of the Kentucky Derby in Uptown Dallas. At the 2019 party, about 600 philanthropically-minded folks helped raise more than $100,000 for the ongoing preservation and enhancement of the park.

While the Day at the Races Kentucky Derby Party is the park’s biggest fundraising event, the park is active year-round. Perhaps no example stands out more than the Easter in the Park, with its massive Easter Egg Hunt and famous “Pooch Parade.”

What’s great about this park is the fact that so many people enjoy it year-round. When my wife and I have been in the park for a leadership meeting, we always look around and see others luxuriating in the space:  whether it’s a father and son playing a game of catch, a group of fitness fanatics taking in a grueling workout, or a family quietly enjoying a relaxing picnic. We feel a great sense of joy knowing that the Conservancy has played a part in continuing to help provide a clean, safe place that everyone can enjoy. We love that people in the community have Turtle Creek Park, a place so special to us.

Editor’s Note: Ryan Kirkham is an attorney in the Dallas office of the family law firm Orsinger, Nelson, Downing & Anderson, LLP. He and his wife Kelly are members of the Turtle Creek Conservancy.