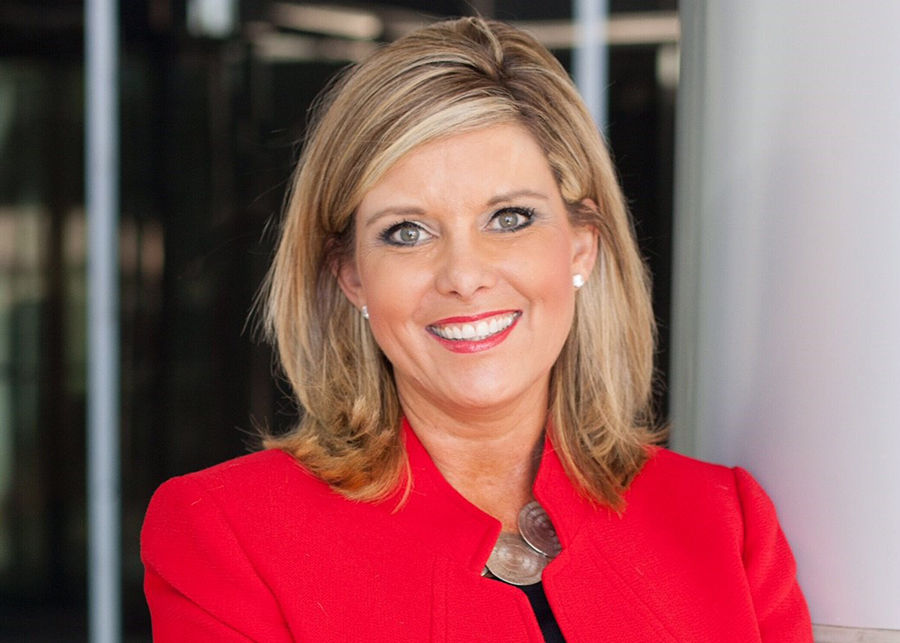 Keep your eye out for a woman on a mission to help others, who has a heart of gold, and a will of steel. Jo Trizila of Dallas is a successful public relations entrepreneur, a busy single mom, and a member of the board of directors of Heroes for Children (HFC), a nonprofit organization that helps Texas families with children battling cancer by providing social and financial support.

Jo’s interest in, dedication to, and passion for the cause is deeply personal, as she reflects on her parents’ struggles during her own serious illness.

In 1985, at age 13, Jo was diagnosed with an inoperable brain abscess, and doctors performed emergency brain surgery. She spent months in the hospital receiving treatment for the abscess and while there, contracted hepatitis. After the hepatitis, Jo developed aplastic anemia from a drug used to treat the brain abscess. Her body ceased making blood cells and was shutting down. An emergency, experimental bone marrow procedure, with a slim chance of survival was her only hope. Thanks to her younger brother Kevin who was her marrow donor, Jo recovered after spending four to five months in the hospital in isolation.

“I had no idea what my parents were going through at the time, and as a mother today, I don’t know how they faced each day,” she says. “They had just changed insurance, and the company denied coverage, stating that the abscess was a preexisting condition, and the bone marrow transplant was experimental.”

As Jo spent her time in critical condition, her parents took shifts staying with her while trying to run their business and care for her younger brother. The medical bills piled up, but a shining light at the end of the tunnel emerged when members of the Trizila’s church gave them a check for $5000.

“To this day, my parents say that it was like receiving a million dollars,” says Jo. “I experienced firsthand how the generosity of others impacts a family’s life.”

Due to her bone marrow transplant and the lethal amounts of chemotherapy she received, Jo was unable to have children. On December 5, 2009, as a single parent, Jo adopted her daughter Kate when she was just eight hours old.

While Jo held Kate for the first time, she heard a voice in her head that said, “You always wondered why you survived, and it was always so you could be her mom.”

Via her involvement with HFC, Jo says she sees many parents who have to choose whether to stay with their child who is sick and scared or go to work to earn money and make insurance payments.

“People shouldn’t have to choose. Cancer is a terrible disease, and it’s particularly so when it afflicts an innocent child,” Jo adds. “I know from experience what a hand up can do for a family.”

Since 2004, HFC has donated nearly $6 million to 6,000 families in need in Dallas/Fort Worth, Houston, San Antonio, and Austin, including money for mortgage payments, gas cards, grocery money, and more. Unfortunately, HFC is also the organization that helps families pay for a funeral when they lose a child.

Because Jo’s a single mom, Kate has tagged along to many HFC evening meetings and follows her mama’s example. She donates one-third of her piggy bank contents to HFC, and for the past three years, Kate has asked for no birthday presents. Instead, she asks people to bring a gift card that she can give to a family who has a child battling cancer.

“This year, we are throwing a dance party for Kate’s entire grade for her birthday as she has set her biggest goal to date: $5,000,” Jo explains. “I’m so proud of my daughter. She’s only nine years old and what a servant’s heart she has.”

Because of what she went through as a child, Jo advocates joining the national bone marrow registry and understands what parents experience when their child is critically ill.

For her commitment to and passion for helping families of children battling cancer and for setting a shining example to her young daughter, we present Jo Trizila with our Very Inspiring Person award.