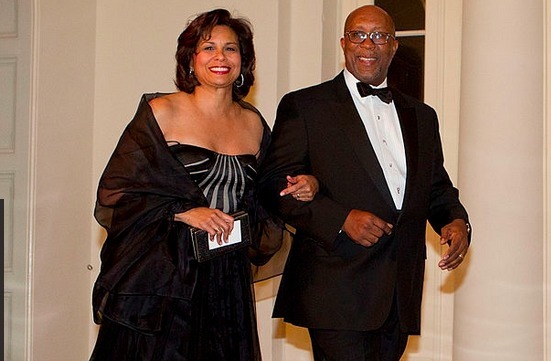 Toyota Motor North America (TMNA) will serve as presenting sponsor for the 33rd Dallas Women’s Foundation Annual Luncheon, set for 11:30 a.m. on Oct. 30 at the Hilton Anatole Hotel in Dallas. A sponsor reception will be held at 10:30 a.m.

Community volunteer leaders Lael Brodsky and Tricia Miller will serve as co-chairs for the luncheon, which aims to raise $1.5 million to serve the needs of women and girls in North Texas. Ambassador Ron Kirk and Matrice Ellis-Kirk will serve as honorary chairs.

DuVernay rose to prominence as the director of Selma and A Wrinkle in Time. Norris was the first African-American woman to host NPR’s All Things Considered.

Toyota Motor North America has signed on as the luncheon’s presenting sponsor, citing shared values with the Dallas Women’s Foundation. The automaker has been a part of the cultural fabric in the U.S. and North America for 60 years, and recently celebrated the first anniversary of its new North American headquarters in Plano, Texas.

“The Foundation is the trusted leader in advancing equity and opportunity for all women and girls,” said Bonnie Clinton TMNA’s general manager, indirect procurement. “That mission closely aligns with Toyota’s vision for diversity and inclusion. We’re thrilled to work with the Foundation to help empower women, girls and the whole North Texas community.”

“We are delighted to have Toyota as our presenting sponsor,” said Roslyn Dawson Thompson, the foundation’s president and chief executive officer. “The leadership line-up for this luncheon is extraordinary – from the significant example Toyota is setting as a corporate leader, to the dedication of our awesome co-chairs, Lael Brodsky and Tricia Miller, and honorary chairs, Matrice and Ron Kirk, to the powerful success stories of Ava DuVernay and Michele Norris. I’m confident this leadership line-up is going to help us achieve and even exceed our goal.”

The annual luncheon’s Honorary Chairs – Ambassador Ron Kirk and Matrice Ellis-Kirk – are among the most respected and admired individuals in the community. A 30-year public servant and legal professional, Ambassador Kirk is senior of counsel in Gibson, Dunn & Crutcher’s Dallas and Washington, D.C. offices, and has leadership roles on a number of corporate boards and charitable organizations. From 2009 to 2013, Ambassador Kirk served as U.S. Trade Representative under President Barack Obama, and from 1995 to 2001, he was Mayor of Dallas. Matrice Ellis-Kirk is managing director at RSR Partners, a senior member of the firm’s board of directors’ practice, and head of the Dallas office. She is an active leader in the business and civic communities, and serves on a number of boards, including the President’s Commission on White House Fellowships, North Texas Tollway Authority and The Dallas Center for the Performing Arts.

Dallas Women’s Foundation is the largest regional women’s fund in the world. It is a trusted leader in advancing positive social and economic change for women and girls. The Foundation was built on the belief that when you invest in a woman, there is a ripple effect that benefits her family, her community and her world. Dallas Women’s Foundation has researched, funded and demonstrated the ripple effect since 1985 in North Texas, granting more than $37.6 million since inception and over $4.5 million annually to help create opportunities and solve issues for women and girls. With the support of its donors, the Foundation unlocks resources to improve education and quality of life, give voice to issues affecting women and girls, and cultivate women leaders for the future. For more information, visit www.DallasWomensFdn.org.

Enjoy a Break on the Lake