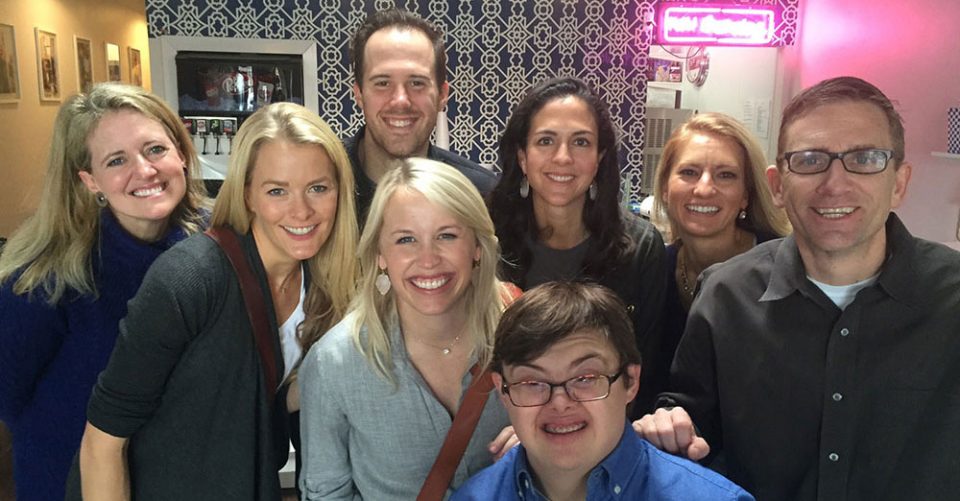 Want to beat the Texas heat? Stop by Howdy Homemade Ice Cream, and while you’re there, be sure to say, well, “howdy” to the employees.

If you do, you’ll be talking to the folks who really make the business run. You see, owner Tom Landis is serving up more than scoops of Dr Pepper Chocolate Chip ice cream. He’s serving up job experience for a group of conscientious and hardworking special needs employees.

A 20-year veteran in the restaurant business, Landis opened Howdy Ice Cream in December 2015 and says he owes its success, not only to the delicious ice cream, but also to the dedicated employees who come to work each day with a smile on their face and provide the ultimate in customer service. This business model is in sync with Landis’ belief that the restaurant industry revolves around people first, then food, and also empowering employees with special needs to succeed.

Inspired by Gene Stallings’ book Another Season, detailing the former football player and coach’s experiences raising his son born with Down syndrome, Landis hopes that other businesses will follow suit. “There is so much potential out there that the restaurant community needs to see,” he says. 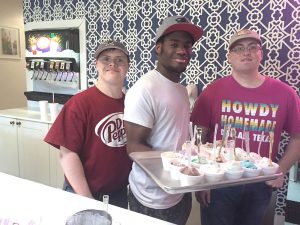 Landis’ vision has materialized in Howdy Ice Cream, as 14 of the 16 employees have special needs. Coleman Jones, a Highland Park Special Olympics basketball star is Landis’ vice president and his responsibilities at the store are growing. “Our measure of success is when we can turn the keys over to someone like Coleman Jones.” Landis says that Jones inspires the other special needs employees with his sense of teamwork.

According to Landis, Jones and the crew work in a fun, safe environment. “We don’t have fryers, boilers, or hot grease,” he says. “It’s ice cream. It’s safe.” He adds that everything runs with simplicity, and job tasks are very doable. Employees are trained for as long as it takes for them to comfortably master a task. 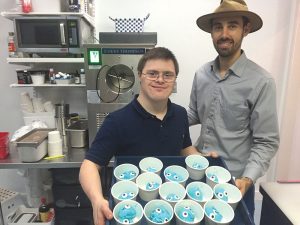 The toughest part for Landis is that there are so many underemployed individuals with special needs – 240,000 in North Texas alone. “There’s a tremendous need; but it’s also a tremendous opportunity,” he notes. “The restaurant industry has a 300% turnover rate, and customer service is dead in America. Both can be changed by hiring those with special needs.” 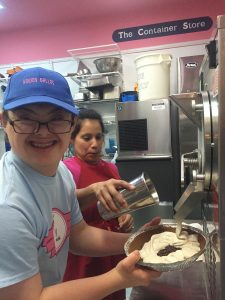 The father of two young children, Landis says that working with special needs kids has helped him become a better parent, made him more patient, and helps him focus and stay positive. It’s also taught him to stop and enjoy every lick of his ice cream cone.