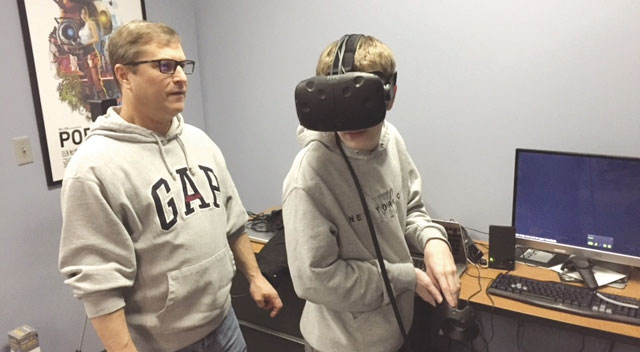 “What will happen to my autistic child after I am gone? Who will take care of him and keep him safe?”

These are questions that surfaced in Dan Selec’s mind as his son Caleb grew up. At age two, Caleb was diagnosed with Autism Spectrum Disorder (ASD) and was non-verbal. Today, at age 18, Caleb can speak in short sentences and is a whiz on the computer. However, Dan and his wife, Ginny* know that he may never be able to live on his own.

While Ginny, now a second grade school teacher at Mathews Elementary in Plano, was a stay-at-home mom taking care of Caleb and their two older sons, her mind was usually in the moment. “I dealt with the day-to-day responsibilities of raising three boys, including an autistic child and didn’t think long term,” she says. “Dan is the one who always looks to the future. He was the one that asked, ‘these kids grow up and then what?’”

At the same time, Gary Moore, another father whose child has ASD, was asking the same questions.  Coming from twenty years in the technology industry, Dan recognized that his son shared an interest and ability in computers and game consoles with others like him. He realized that this passion could transfer into technical ability. The two men joined forces and founded the nonPareil Institute in 2008 to educate and train young adults on the autism spectrum, providing practical, life-time solutions.

Dan trained his first student in his kitchen in 2009, and the nightly training quickly expanded to eight students, five nights a week. Meanwhile, Gary built a network of supporters, partners, and donors and searched for a location for nonPareil’s first training center. In 2010, the first nonPareil operation opened on the SMU-in-Plano campus. Currently, there are 180+ active Crewmembers, with five students working as full-time employees and another 36 part-time. Though nonPareil started with technology classes, Dan says the plan is to create other income streams to become partially self-sustaining and include those with more significant challenges.

Dan says the first question parents of autistic adults ask is whether or not their child will get a job. His reply is that there is more to consider, including where they will live, who will guide them, and if they will feel part of a community. “This population has a 90% unemployment rate. Even if they get a job, 70% of them don’t drive, and many cannot function in a standard work environment,” says Dan. Because of this, many of these adults find themselves isolated and unfulfilled.  He continues, “When they reach their mid-30s, they begin to understand that their life is different and feel that there’s no future. Many struggle with depression and are suicidal.” At nonPareil, which means “no equal”, they can feel connected.

Now that the nonPareil Institute has expanded and opened a center in Houston, has professionals on staff, and has seen thousands of adults ages 18 through their 60s, Dan’s vision of a self-sustaining residential campus is that much closer to becoming a reality. He hopes that via nonPareil he can help autistic adults make connections, feel a sense of pride, and experience a significant difference in their lives.