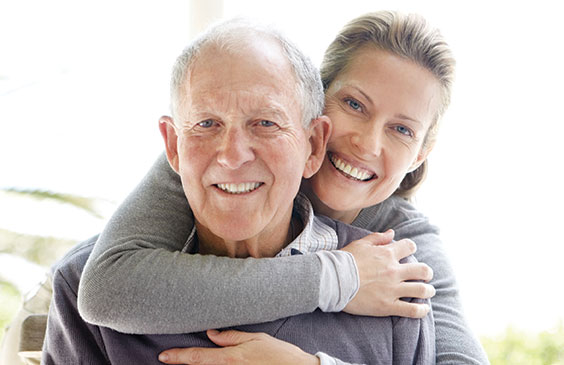 The Alzheimer’s Association warns that everyone with a brain is at risk for Alzheimer’s disease or dementia. That is quite an eye-opening statement. Further eye-opening is that among the top ten causes of death in the United States, Alzheimer’s is the only one that cannot be prevented, cured or slowed.

When I first began researching this article, I, of course, knew that Alzheimer’s was a devastating disease for which there is no cure; however, I did not have a true appreciation for how prevalent and wide-spread the problem is.  Alzheimer’s is the 6th leading cause of death in the United States, and it kills more people every year than breast cancer and prostate cancer combined.  I also didn’t fully grasp the distinction between dementia and Alzheimer’s – not that surprising now that I’ve learned that dementia is not a specific disease but a term that “encompasses a wide range of symptoms associated with a decline in memory or other thinking skills severe enough to reduce a person’s ability to perform every day activities.”   A major reason people often confuse and interchange the two is that Alzheimer’s is the most common form of dementia, accounting for 60 to 80% of all dementia cases.  In spite of the pervasiveness of Alzheimer’s, it is not a normal part of the aging process.

Balancing a life that involves caring for a parent with Alzheimer’s and dementia symptoms along with supporting and caring for your own children can be a stressful undertaking. Andrew, a University Park dad of three girls, recognized when his father was in his early seventies that something was going on with his father that he could no longer attribute to just “getting older” or the normal aging process. His father lived alone 100 miles from Andrew’s house and would visit often, driving himself up and back. When his father began failing to show up at the appointed time or forgetting his plan to visit, Andrew became concerned.  When his father reported to the local police that his car had been “stolen”, and an investigation determined that it was not stolen, but he had simply forgotten where he parked it, Andrew knew it was no longer safe for his father to live alone. Being very independent, his father resisted moving in with Andrew’s family, so he moved into an assisted living facility near Andrew’s home and eventually into its Alzheimer’s and Memory Care unit where he passed away a few years later.  Andrew says he remembers thinking ironically, “He was raising me not too long ago and now he needs my support.  As the disease progressed, the support he needed was similar to what one of our younger children required.”

Bobbie, a Plano mom of two teens, had similar issues when her mother, who lived across the country, began showing signs of dementia. For several years, Bobbie and her five siblings would take turns traveling to visit their mother and report back to each other on her condition. When it became apparent that having home caretakers around the clock was no longer working, her mother was moved into a skilled nursing facility that provided residential care.  Bobbie says, “When you are dealing with these issues long distance, you rely on impressions from the people who have been around your loved one most recently.  In our case, one sibling would report that nothing was wrong, another that she needed immediate medical attention, another that she needed her medications checked, and yet another that she was hallucinating.“  Bobbie says when you don’t have regular day in and day out contact with someone suffering from dementia, the issues can get murky. People have different perceptions and differing ways of expressing those perceptions, and, to complicate things further, the inconsistent demeanors and actions of a dementia patient are often a symptom of the disease itself. Bobbie says, “Even after her death, it is difficult to separate her behaviors that were fueled by the disease from the behaviors that were truly her.”

As our parents age, it is important to educate ourselves on the symptoms and signs of Alzheimer’s and dementia, as well as what to do next should a diagnosis be determined. Alzheimer’s can be diagnosed through a complete medical assessment that includes a thorough medical history, mental status testing, a physical and neurological exam, and other tests such as blood tests and brain imaging to rule out other causes of dementia-like symptoms.

While certain behaviors or actions should raise a red flag for you, remember that there are typical age-related changes such as making a bad decision once in a while, missing a monthly bill payment, forgetting which day it is and remembering later, sometimes forgetting which words to use, and losing things from time to time.   The best course of action is to go with your gut instinct.  If you feel like something is not right, then it’s probably a good idea to have your parent checked out by their physician and get his or her recommendation on how to proceed.

Caring for an elderly parent with Alzheimer’s, dementia or any other debilitating condition or disease can be a daunting task and most likely one you cannot undertake without professional help.

Andrew’s advice is, “Be very patient with your ailing parents. It is an extremely frustrating situation for them. Your number one job is to make decisions that will keep them safe and comfortable.”

So, what behaviors or actions should concern you if you witness them in a parent?

2. Challenges in planning or solving problems

3. Difficulty completing familiar tasks at home, at work, or at leisure

4. Confusion with time or place

6. Struggling with words in speaking or writing

7. Misplacing things and losing the ability to

9. Withdrawal from work or social activities

10. Changes in mood and personality

An early diagnosis allows people with dementia and their families:

• a better chance of benefiting from treatment

• more time to plan for the future

• an opportunity to participate in decisions about care, transportation, living options, financial and legal matters

• time to develop a relationship with doctors and care partners

• to benefit from care and support services, making it easier for them and their family to manage the disease

At Richland College, “Community” is the Key Word

Book Review: Can’t We Talk About Something More Pleasant?