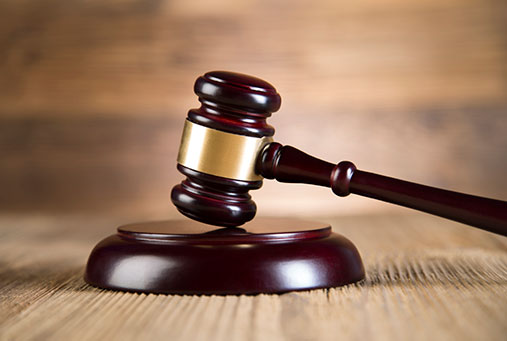 Answers to your important legal questions from our panel of experts

Q: Your kid gets injured by another kid’s recklessness, but that family is your good friend. What do you do?

A: This situation happens frequently and raises a number of questions, both legal and moral.  Nobody wants to make claim against a friend and the process can be emotional when it occurs.  But there may be times when a claim is in fact warranted. The starting point is to understand how and why an incident occurred.  Was somebody negligent?  If so, then legally there is a claim to be made, possibly against the other child or the parent.  The next and probably most important consideration is the severity of the injuries involved and the potential long term ramifications from a medical expense and suffering standpoint. The good news is that depending on the circumstances, the other family and child are likely to be covered by some form of insurance that would apply, such as homeowners or automobile. So while it may be uncomfortable to make a claim against “friends”, in a sense it would be that family’s insurance company that actually pays the damages, if there is liability. The decision to pursue a claim against a friend or neighbor is largely a personal decision and typically involves more than the just the legal analysis. But in the end as parents, we owe it to our children to make sure that they are adequately protected, and there are times when doing so may be uncomfortable but necessary.

Q: My daughter recently turned 18 and is preparing to leave for college. Her friends have been talking about needing to sign legal documents. What type of documents does my daughter need and why?

A: Parents are surprised to find out that they are no longer entitled to receive medical information or make business or medical decisions for their child who has turned eighteen.  This  is often discovered when their child is away at college, becomes ill or injured, and the parents are  trying to talk to doctors in another city to find out how their child is doing and obtain medical records to share with their own trusted physicians.  Parents have also faced problems when trying to take care of business matters for their student. Examples include the inability to handle an issue with next semester’s apartment lease or obtain school records while the student is travelling on a semester abroad.

Some simple documents can help avoid these and similar issues.  In order to make medical decisions and speak to medical professionals for your child, a Medical Power of Attorney is needed. The Medical Power of Attorney becomes effective when someone is unable to make their own medical decisions.   It is also advisable to execute a HIPAA Release to allow the parents to obtain their child’s medical records. Some attorneys, under certain circumstances, may even suggest that your child execute a Medical Directive (a “living will”) which allows the person to instruct physicians to withhold or withdraw life sustaining treatment in the event of a terminal or irreversible condition.

A Statutory Durable Power of Attorney is needed to allow the parent to make business decisions and sign documents for their child.  It names the parents as their child’s agent and grants broad powers to act on the child’s behalf.  Some parents even ask if their child needs a will.  That is a case by case basis determination but not always necessary.

It is important to note that these documents have certain legal requirements. Most estate planning attorneys that I know will prepare the main documents for a very reasonable fee. If your child plans to go to an out-of-state university, it is advisable to talk to an attorney in that other state.  The legal requirements of these forms can vary state to state, and it is important that the documents will be effective in both Texas and your child’s university location.

Q: My 26-year-old daughter is engaged, and her fiancé has asked her to sign a prenuptial agreement. What does this entail and should we be concerned?

A: Prenuptial agreements are more common now than ever.  They have the effect of changing the rules from what Texas law says will happen in a divorce to what the parties agree will happen. To understand the impact, it’s important to first know the difference between community property and separate property.  If there is a divorce in your daughter’s future, community property (you can think of it as property that belongs to the marriage) will be divided.  Separate property will go with the person it belongs to.

There are several forms of separate property, but the three most common are:

• What was owned prior to marriage

• What was received by way of inheritance

With some exceptions, income from separate property belongs to the community. Most of the time, the purpose of a premarital agreement is to change community property to separate property.  So if your daughter’s fiancé has a good job or owns a business, he will likely want the agreement to say that the money he earns from his job or brings in from his business remains his separate property.  Otherwise, Texas law would make it subject to division upon divorce.  The agreement might also say that no community estate will be created at all – that the only property owned will be either his or hers.

She might also see some more complicated provisions, like contingencies for the marriage lasting longer than a certain period of time or having children. The more complicated and convoluted a pre-marital agreement is, the more difficult it may be to enforce later.  To be enforceable at all, the agreement will need to be in writing and signed by your daughter and her fiancé.

There is nothing wrong with these agreements, so long as everyone knows what they’re giving up and what they’re getting.   It will be important for your daughter to know the extent of her fiancé’s property and debts, just as it’s important for her to have her own attorney involved in the drafting and review of the final product.

Have a legal question? Email your questions to Tricia@GoodLifeFamilyMag.com 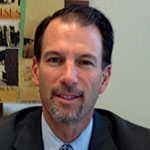 Rob Chaiken is a member of the State Bar of Texas and is a member of the United States District Courts for Northern, Southern, Eastern and Western Districts of Texas and the United States Court of Appeals for the Fifth Circuit.  He has been selected as Texas Monthly Super Lawyer – a distinction that is awarded to less the 5% of lawyers throughout Texas.  He is AV rated by Martindale Hubbell, which is the highest ethical and professional rating.  He is a frequent lecturer and is also a participating member and Texas representative of the Child Injury Network, an association of lawyers dedicated to child safety issues and the protection of children through litigation when necessary. 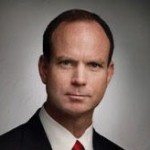 Jeffrey Anderson joined Orsinger, Nelson, Downing and Anderson, LLP in 2012, after 17 years of running his own firm, The Anderson Law Group.  He has devoted his legal career to Family Law litigation and the betterment of the field of Family Law as a whole. Jeff is Board Certified in Family Law by the Texas Board of Legal Specialization and is a Fellow of the American Academy of Matrimonial Lawyers.  He has been named to the Texas Super Lawyers list every year since that distinction has been granted and consistently named one of D Magazine’s Best Lawyers in Dallas. 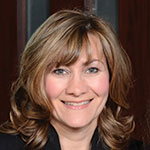 Corinne Gallant Frank is an attorney in private practice with Law Offices of Mirliss and Frank, PLLC.  She joined Law Offices of Mirliss and Frank, PLLC in 2014 which offers services to clients in Dallas, Collin, Denton, and surrounding counties. She is a 1991 graduate of The University of Texas School of Law. She lives in Plano with her husband and children, and in her spare time, she enjoys volunteering with both a pro bono legal services organization and in the community with her children.

A Plan You Can Live With