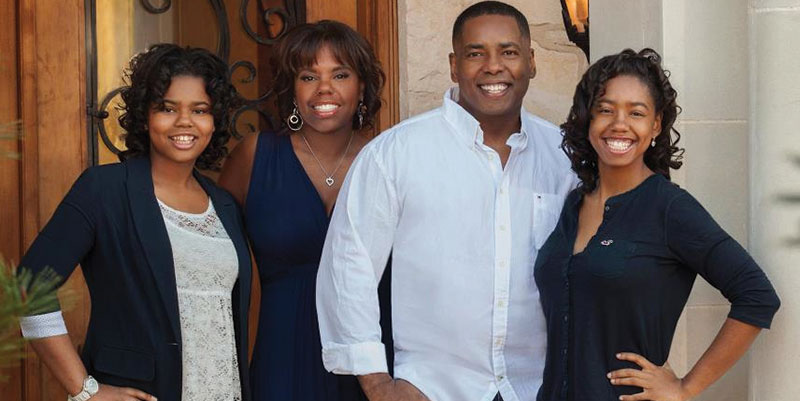 Powerful words that describe the altruistic concern of a true philanthropist and the mantra and mission of the City of Plano’s Mayor, Harry LaRosiliere.

Born in Haiti, LaRosiliere and his family planted roots in the United States in order to cultivate a better life when Harry was just three years old. At that time, no one even dreamed that he would become the first Haitian-born, black mayor of Plano, Texas.

Growing up in the Harlem neighborhood of Manhattan in New York, LaRosiliere learned the value of hard work. His mother cleaned offices and his father toiled in a factory and drove a taxi cab on weekends to provide a better life for Harry and his sister. Because of their parents’ sacrifices, the children became the family’s first college graduates. “My parents instilled in us incredible core ethics and values,” says LaRosiliere with pride. It was that guidance that helped Harry make the right choices as a child and a teen. He lived among crack dealers and saw many of his friends go down the wrong path, turning to lives of crime. “At the time, I knew I had the choice of going to school to better myself,” explains LaRosiliere.

Somehow along the way, Harry found he had a higher calling. Inspired in his childhood by events that affected minorities, LaRosiliere knew he had to make a difference in the lives of others. He got involved in community action and brought that spirit with him when he moved to Plano in 1994 and became Plano’s mayor in 2013.

In his first two years as mayor, LaRosiliere established two community initiatives of which he is very proud: Food 4 Kids Plano and the Summer Internships Program. Food 4 Kids Plano, in conjunction with the North Texas Food Bank and local school districts, provides 800 “chronically hungry” children with backpacks full of food to take home during the school year. The program has expanded to include food for Winter Break, Spring Break and Thanksgiving, driven by a food drive that netted nearly 2 tons of turkey. The Mayor’s goal is that “during the school year, those children will never go hungry.” He has committed to raising $1.2 million over three years from local corporate sponsors.

The Summer Internship Program was conceived based on LaRosiliere’s personal experience. “My parents were blue collar workers, so I didn’t have professional role models,” explains the Mayor. “I had to learn on my own.” Funded 100% by the community and corporate participants, the program provides an 8-week summer internship to students. Last year, 300 kids applied and 37 were selected. However, notes LaRosiliere, anyone who applies is invited to an orientation in which they learn job search strategies, interviewing skills and corporate etiquette. Those chosen for an internship take part in a job fair with companies such as Pizza Hut, PepsiCo, Bank of America, Capital One and Alliance Data. If a corporate policy bars minors from being hired, that corporation pays wages to the student for working at a non-profit organization. It’s a win-win situation and LaRosiliere says, “It has a great impact on the kids.”

So how does such a busy mayor balance work and family? “My life is a three-legged stool with my priorities being family, work and community. I make sure I allocate enough time to all so that I stay completely grounded in all the things that matter to me,” explains LaRosiliere. He and his wife Tracy are very involved parents, setting a good example for their daughters, Brianna, age 18, and Maya, age 16.

For his dedication to public service and helping others, to setting a great example as a parent, and for his commitment to the betterment of Plano, Good Life Family Magazine is honored to present this month’s VIP award to Plano Mayor Harry LaRosiliere.

Teens, Text and the Opposite Sex

The Most Boring Home Video Ever