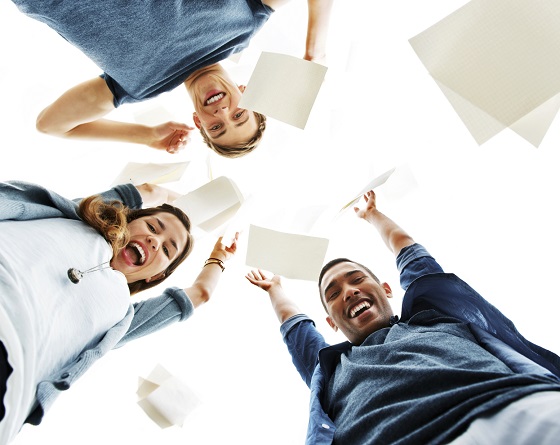 Who Got in Where: Dealing with the Acceptances and Rejections

After months of waiting, college admission decisions are finally here. Anxious students will be running to their mailboxes, hoping to receive “thick” envelopes – or just logging onto their computers to find out if they have been accepted or rejected from the colleges that they have applied to.

How can teens and their parents deal with acceptances and rejections with grace?

Most top tier schools accepted less than 10% of their applicants last year. With such low admission rates, it is near certain that qualified candidates will not be offered admission to schools they seem perfect for. Even though teens know how competitive college admissions can be, they are going to be disappointed if they are rejected from schools they really wanted to attend. This is especially true if their peers are accepted.

A teen may look at another student from their school and think, “My grades are better and my extracurricular activities are just as good. Why him and not me?” But admissions decisions are not black and white and only certain pieces of information, such as GPA or class rank, are public. Kate Roberts, Ph.D. and parenting coach, says, “Parents and teens don’t know all the factors that play into a college accepting one individual over another. All they do know is that they did their best (academically, personally, etc) to get in and did not.”

Lisa Sohmer, Director of College Counseling at the Garden School adds, “Part of the reason for comparing and gossiping about other students is a method of self soothing. Not being chosen feels bad and a teen may want to explain it away by speaking negatively about other candidates, rather than focusing on themselves and their disappointment.”

Don’t Get Caught Up in a Name

Roberts says, “We as a society have a stereotype of what a successful high school student looks like – a varsity athlete with great grades that will be attending an Ivy League school. But this is a societal expectation and buying into it is not appropriate.”

Like it or not, social media has become the norm for sharing news, both good and bad. While teens and their parents may want to shout out with pride about college acceptances, think carefully before publicly posting, tweeting or texting.

While family and close friends will be thrilled to hear the good news, there may be other people you are “friends” with online that are dealing with disappointment. Parents should encourage their teen to celebrate their accomplishments without rubbing it in other people’s faces. Says Roberts, “Parents have an opportunity to be role models for their teens and teach life skills such as humility and empathy for others.”

Parents can set an example for their teen by not participating in petty gossip or bad mouthing other students. Definitely do not post negative comments on social media. Says Sohmer, “A lot of things you might want to say in the moment, you may regret five minutes later. But once it’s on social media it is out there and can’t be taken back.” Remember, even private messages meant for only one person’s eyes can be copied and sent to others.

Keep it in Perspective

It is important for parents to remember that this is their teen’s journey and not their own. They need to ask themselves, “Am I upset for me or for my child?” This may be very hard for parents to determine. Says Roberts, “Parents are not going to have perspective unless they have resolved their own lives’ disappointments.”

Parents can help their teens by reminding them that they are more than their application. Says Sohmer, “While this may be the first time your teen has faced rejection, it certainly will not be the last. Give your teen a chance to internalize and grieve. But then move the focus on to where they did get accepted.”

Look Forward Not Back

After the initial news spreads about acceptances and rejections, most people stop talking about this and move on. Says Roberts, “The wisest parents focus on college acceptance as a milestone and don’t overemphasize the importance of what school a teen attends. Where a teen goes to college does not define them. It is merely the first step toward achieving their goals.”

Unleash the Hidden Power of Laughing with your Kids

How much sodium should I eat per day?