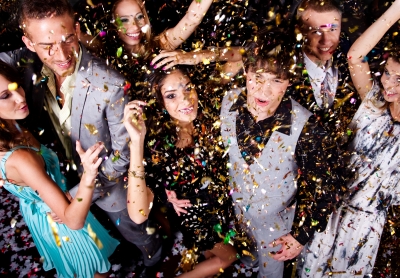 Parents who allow their teens to have friends over to drink, thinking it’s a safe way to keep them off the roads, may be surprised to find they are subject to liability laws that make them vulnerable to lawsuits, fines and jail time.

“Parents can be sued even if they were not aware that drinking was going on in their home, says Rob Chaiken, an attorney whose law firm specializes in business and injury litigation. According to the Associated Press, one Stanford University professor was arrested in November after his 17-year-old son had a party in the basement. The professor, Bill Burnett, said he had forbidden alcohol at the party and had twice checked on the teens. He spent one night in jail and was booked on 44 counts of suspicion of contributing to the delinquency of a minor. Each count carries up to a $2,500 fine and almost a year in jail.

Research conducted by Students Against Destructive Decisions, and co-sponsored by the insurance company Liberty Mutual, found 41 percent of teens say their parents allow them to go to parties where alcohol is being served.

“An adult that provides alcohol to a minor that is not their child or permits the provision of alcohol to other minors, can face serious criminal and/or civil consequences from the harm that may be caused,” says Chaiken. “This can include injuries that might occur even where driving is not in play. For example where a minor simply slips and falls or suffers alcohol poisoning, or where in an intoxicated teen wanders off and gets injured, etc… There have been numerous serious cases resulting in significant civil liability where adults provide alcohol to minors or should have known that alcohol was being consumed by minors on their premises.”

Chaiken says parents should resist the urge to be the “cool” parent and avoid this kind of risk as it can lead to terrible personal injury, civil liability and even criminal exposure.

Does it Really Matter Where You Go to College?