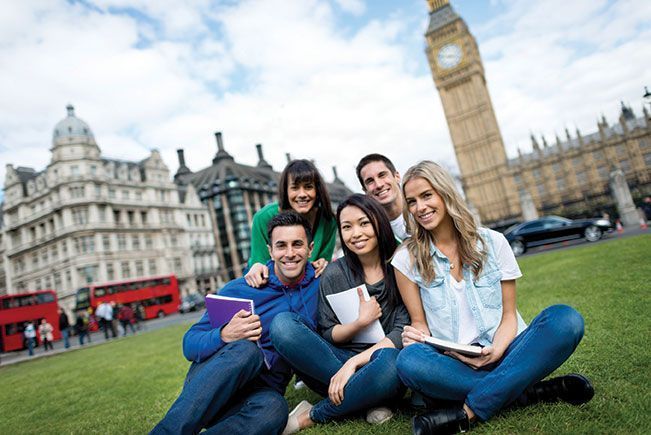 Attention college students: Want a job when you graduate? Then participate in a study abroad program. That’s the message from a 2013 survey by StudentUniverse which has been helping college kids travel the world since 1999.

What is Study Abroad

Most study abroad programs in the U.S. are affiliated with universities and offer a wide range of courses from art to literature or sciences. It can take weeks or months, but semester-long programs and summer sessions are most popular.

Study abroad stints in Europe were the overwhelming favorite of U.S. students responding to the StudentUniverse survey, with London, Paris and Madrid topping the list. Beijing and other cities in Asia also made the top 10 destinations, and China is expected to becoming increasingly popular in the future.

Not so long ago, graduation ceremonies were immediately followed by the kids heading off to new jobs. Today, more and more head home with mom and dad to look for a job – which makes these survey numbers especially intriguing:

*Figures have been rounded

That last number is the eye opener, but here’s another from a 2012 survey by IES Abroad, which calls itself “the leading not-for-profit provider of study abroad programs” for U.S. students.

Does that mean all study abroad participants get great jobs immediately? Of course not. But there are other intangibles, plus you learn something (we hope). 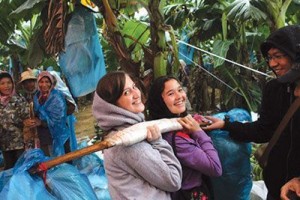 “Studying abroad in China was a great opportunity to deepen my intercultural awareness and understanding. Throughout the semester I not only learned to speak beginner Mandarin, but also was able to take Chinese calligraphy lessons. I forged many new friendships with my fellow students and people I met while studying abroad.

Overall, my experience in China served as a capstone of my educational experience as a college student.”

If you’re interested in studying abroad, the time to plan is now. Program slots are limited so talk to your school and think about where you’d like to go. Then, the planning begins:

Check airfare prices about five months ahead. Try to make your purchase no later than six weeks before departure.

Winter is the cheapest time to fly to Europe. Spring and fall are relatively cheap too, but summer is peak season (with prices to match).

Don’t overpack. Airline fees for excess and/or overweight bags can run in the hundreds of dollars. Pack light.

Budget for additional travel. You’ll want to see more than the city you’re based in. Getting around by air can be a good deal, especially in Europe which has several discount airlines to choose from including EasyJet, Wizz Air, Ryanair and others (warning: these discount carriers love to pile on the fees for any and every extra).

Have fun. But don’t forget to do some studying.

Studying Abroad was Hard but Worth it

I studied at Sciences Po University in Paris, France for the fall semester of my junior year of college. As an undergrad at Georgetown University majoring in International Politics and International Security Studies, it was pretty much a given that I would be spending some time abroad. Georgetown helped me with my semester transfer, but I was directly enrolled in the university in Paris. This meant that all five of my courses were completely in French. Since I studied French for eight years before college, I figured I would be alright. It definitely took a lot of adjusting, but I did do alright in the end. Mostly, I LOVED living in Paris. I had heard all the amazing stories about study abroad, and I can truly say that my experience lived up to it. There are a few things, though, that I wish someone had told me before I left:

I also learned a ton of lessons overseas that made my experience amazing:

My last word of advice is to take every available opportunity to travel around Europe. My friends and I went to a few places, but we put off our travels until it was too late, and it is something we all regret. With cheap flights available on discount European airlines and low-fare train passes, there really is no excuse. On the bright side, it gives me another reason to go back (as if I needed one). 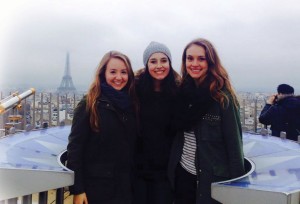 All in all, I wouldn’t trade my study abroad experience for anything in the world. I made the best friends, saw some really beautiful things, took some risks, experienced a new culture, and greatly improved my French. Being But more than anything, I learned what I love, what I hate, and what I can handle. Study abroad gave me the kind of knowledge you can’t possibly get in a classroom, and for that, I am truly grateful.

Bayla, (middle) pictured with fellow students in Paris, is a graduate of ESD and currently a junior at Georgetown University.

Building the Right Kind of Résumé

Rick Seaney, Travel Expert Internationally known travel and airfare expert Rick Seaney, CEO and co-founder of FareCompare, is the media's go-to resource for airline industry news. Rick's mission is clear: "I want to help consumers find the best flight deals available every time they shop" and he loves to share his insider information. Besides his advice blog on FareCompare, Rick began writing a weekly column for ABC News back in 2008 which continues to this day; he is also USA Today's Airfare Expert columnist as well as a regular contributor to Fox News and is frequently quoted in the pages of the New York Times, Wall St. Journal, Huffington Post and more.