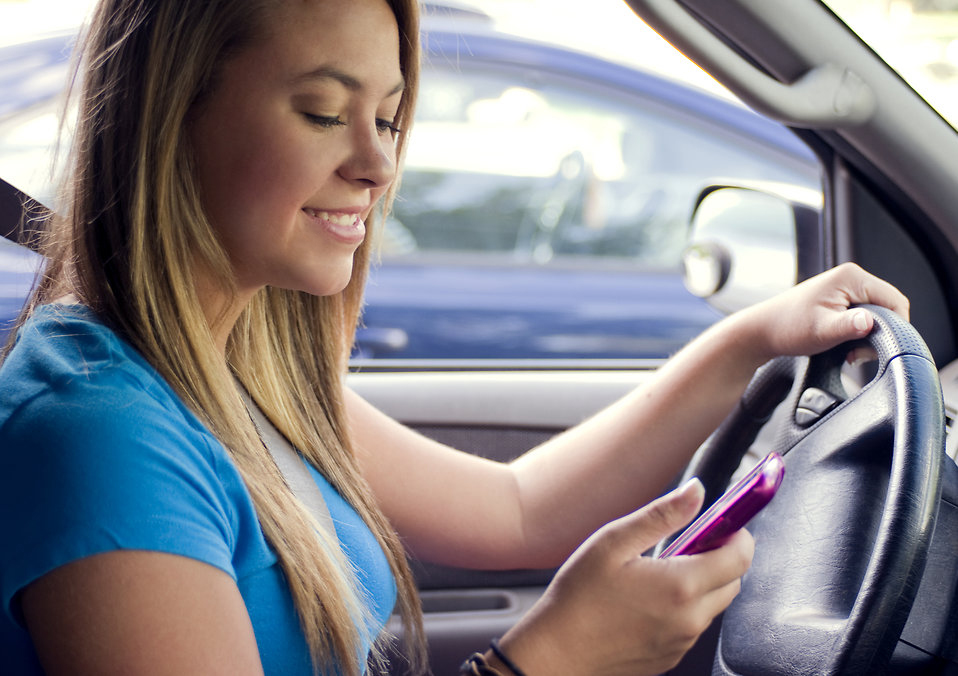 For generations, drinking and driving has been a leading cause of accidents and fatalities on the road. But successful campaigns and programs over the years have had a significant impact on reducing this threat. The work done by Mothers Against Drunk Driving (MADD) and public warnings have worked to educate the public and particularly young drivers against the evils of drunk driving.

Drinking and driving should never be trivialized. But there is a new danger that is perhaps more threatening to all drivers and particularly young drivers – DISTRACTED DRIVING – directly related to the use of cell phones.  The numbers don’t lie: There are over 1.6 million accidents a year related to distracted driving, according to the National Safety Council, and texting or emailing while driving is 6 to 7 times more likely to cause an accident than driving while intoxicated. The Virginia Tech Transportation Institute did a study that concluded that texting while driving equates to driving while blind for up to 5 seconds at a time. Texting while driving is the number one driving distraction reported by teen drivers, and the Institute for Highway Safety (IHS) reports that there are 11 teen deaths EVERY DAY caused by this activity.

The reasons for this alarming trend are fairly obvious. In today’s world, almost all drivers, including teen drivers, have cell phones. Second, in many places, including the State of Texas, using a phone to text, email or make calls while driving is not illegal.  In other words, there is no criminal penalty for this conduct, although the legal and financial risks are significant. In Texas, as it is with most jurisdictions, parents can be liable for the civil torts of their minor children.  This means that if your child is at fault for an accident, then you as their parent can be sued and held liable. This puts your assets at risk and leads to increased insurance rates, and possibly a situation where your family will be uninsurable.  In our practice we have been involved in dozens of cases where the at-fault driver was texting and driving. Liability is almost automatic and the financial consequences are enormous.

In short, a texting accident can be easily determined and financially devastating. Not to mention there is tremendous emotional trauma associated with a serious accident where often times it turns out that the underlying text was for something trivial. In one of our cases, a driver who ran a red light while texting and killed another driver was forced to testify under oath that he was texting his daughter to talk about an argument she had with her boyfriend.

So, what’s a parent to do? First, treat texting and driving with the same concern and vigilance as drinking and driving. Explain to your child that any form of cell phone use, be it emailing, texting, even calling (including hands free devices) causes them to take their eyes off the road, leads to divided attention, and is a distraction that is simply too dangerous to risk.  Get your kids to sign a pledge or contract where they agree to not use their phones while driving, and establish a firm protocol. For example, if there is an emergency or need for cell phone use, the child agrees to pull over somewhere safe and then use the phone. Another option is to use a designated texter or phone user if more than one person is in the car. The bottom line is that you can no longer ignore this issue.  The risks are too great. The numbers don’t lie.

For more information, go to Chaikenlaw.com

Rob Chaiken, Attorney Rob Chaiken is a member of the State Bar of Texas and is a member of the United States District Courts for Northern, Southern, Eastern and Western Districts of Texas and the United States Court of Appeals for the Fifth Circuit. He has been selected as Texas Monthly Super Lawyer - a distinction that is awarded to less than 5% of lawyers throughout Texas. He is AV rated by Martindale Hubbell, which is the highest ethical and professional rating. He is a frequent guest lecturer and is also a participating member and Texas representative of the Child Injury Network, an association of lawyers dedicated to child safety issues and the protection of children through litigation when necessary.