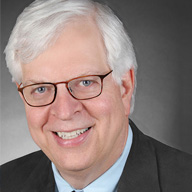 On New Year’s, we are likely to make personal improvement resolutions, such as doing more exercise, watching our diet or watching less TV, often casting moral resolutions aside.

I hereby offer a resolution, which affects both the moral and the personal equally — and it affects every person with whom one interacts:

When you think about it, it is remarkable that almost no one makes this resolution. Just about everyone wants to be happy, but no one resolves to be happy. And why not? After all, people resolve to be healthier, to waste less time, to manage their money better, etc.

You can’t act thinner to be thinner. And you can’t act richer to be richer. But in order to be happier, the single most important thing you can do is also the easiest — just act it.

Now, you will ask, if it’s that easy, why doesn’t everybody do it?

Three reasons suggest themselves. First, happiness is not only a feeling. Happiness is much more a state of mind or an attitude. In fact, the less one defines it as a feeling, the happier one can be.

Second, happiness is a decision rather than something that happens to us. As Abraham Lincoln, who was devastated when his beloved son Willie died at the age of 11, and whose wife sank into permanent depression as a result, and whose countrymen slaughtered each other in a civil war, said, “Most folks are about as happy as they make up their minds to be.”

There is no reason to make an exception with regard to happiness.

That is why acting happy is a moral obligation. Acting unhappy on a regular basis is an act of selfishness that can devastate one’s children, ruin a marriage and end friendships.

Are some people incapable of being happy? Probably. But just about everyone is capable of at least acting happier.

If you are unhappy, you should know this secret about life: The vast majority of people you meet who seem happy have had at least as much pain in their lives as you have had in yours. They have simply decided to not inflict their pain on others.

For a powerful five-minute summation of why to act happy even if you don’t feel like it, visit prageru.com, click on “Psychology” and then on the course titled “Happiness Is a Moral Obligation.

And have a happy New Year.