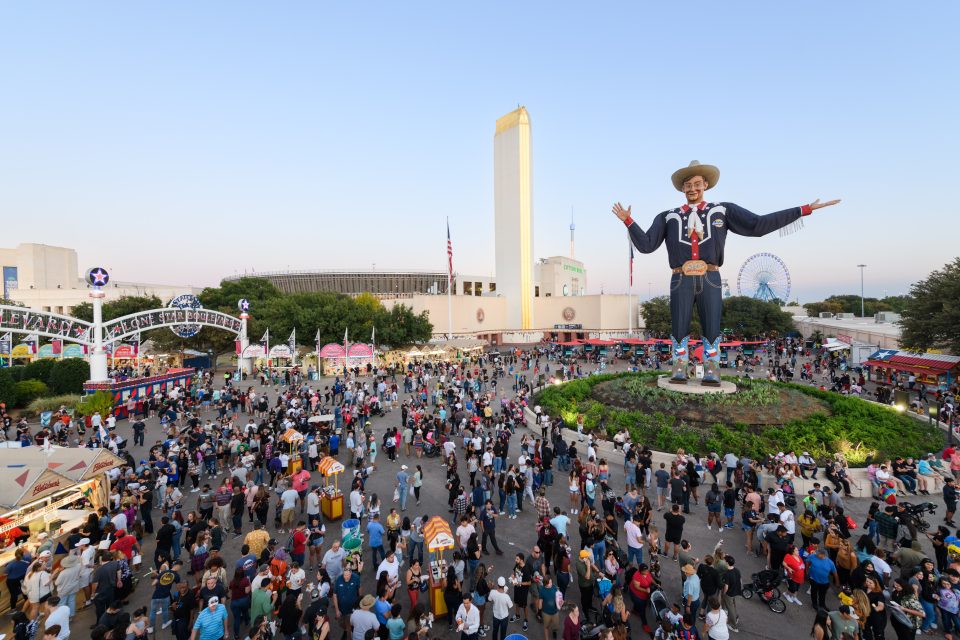 As the lights and sounds of the Midway come to an end for the 2022 State Fair of Texas, the memories made on the grounds during the Fair this year continue to echo throughout Fair Park. This year’s Fair was filled with exciting new attractions, educational opportunities ranging from a livestock birthing barn to museum exhibits exploring different cultures, live music across three stages, gathering members of the community together through events, and endless amounts of fair food, rides, and family fun. The 2022 State Fair of Texas welcomed nearly 2.5 million people through the gates during its 24-day run.

As a 501(c)(3) nonprofit organization, the Fair aims to support the community, both locally and statewide. The proceeds from the Fair are used to preserve and improve Fair Park; underwrite community initiatives, support scholarship programs for students throughout the Lone Star State pursuing higher education, and Fair Park’s museums; and help improve State Fair operations. The annual State Fair of Texas serves as the organization’s largest fundraiser of the year – a successful 24-day run for the Fair means more support for Fair Park and the surrounding community.

“At its core, the State Fair of Texas is about community,” said State Fair of Texas President, Mitchell Glieber. “There is nothing more fulfilling for our team than seeing folks from all walks of life gather together and mutually share and enjoy the Fair. Thanks to our fairgoers visiting, we are able to fulfill our nonprofit mission of supporting agriculture, education, and community involvement year-round.”

Serving as our largest fundraiser of the year, the 2022 State Fair of Texas proved to make a difference in more ways than we can count. Below are just a few of the noteworthy successes from this year’s exhibition:

While the above facts and figures provide an overview of what could be summarized from the 2022 State Fair of Texas, what is not quantified is the number of lifelong memories fairgoers and their families, our vendors, and our staff made throughout the 24-day run.

The State Fair of Texas is honored to be an integral part of the year for so many families, and we hope y’all will join us again next year for the 2023 State Fair of Texas, running in historic Fair Park from Friday, September 29 through Sunday, October 22, 2023.