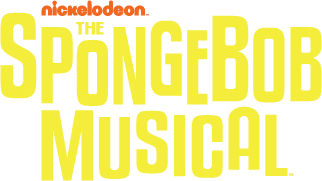 The award-winning North Texas Performing Arts Repertory Theatre is proud to announce their cast for The Spongebob Musical, part of the Plano Summer Musical Series, performing July 15-24 at the Rodenbaugh Theatre at Willow Bend Center of the Arts.

Dive under the sea to the world of Bikini Bottom to see SpongeBob, Patrick and more hit the stage in this new musical based on the popular cartoon. Stakes are higher than ever before as SpongeBob and all of Bikini Bottom face the total annihilation of their undersea world. Chaos erupts. Lives hang in the balance. And just when all hope seems lost, a most unexpected hero rises up and takes center stage. Get ready to dive to all-new depths of theatrical innovation at SpongeBob SquarePants, where the power of optimism really can save the world!

Miranda says the show pulls at the heartstrings of actors and audiences alike. “SpongeBob has been a huge part of my life,” says Miranda. “I have been watching it since it premiered in 1999. My first car was a powder blue Jeep Grand Cherokee, and it was decked out in SpongeBob gear. Not only is it nostalgic, but it also touches on many topics that need to be talked about, in a fun and colorful way! If you haven’t seen this show, you have to make sure to watch our production. Not only will it make you smile and laugh, but it will also touch your heart!”

The Spongebob Musical performs July 15-24 in the Rodenbaugh Theatre at Willow Bend Center of the Arts, 6121 W. Park Blvd. B216, Plano, TX 75093. Matinees are at 2:30 pm and evening performances are at 8 pm. Tickets start at $20 with premium seating available at $30. Discounts available for groups of 15 or more.

For full performance dates and tickets go to ntparep.org.

Nickelodeon ™ THE SPONGEBOB MUSICAL | Based on the series by Stephen Hillenburg | Book by Kyle Jarrow | Original Songs by Yolanda Adams, Steven Tyler and Joe Perry of Aerosmith, Sara

North Texas Performing Arts (NTPA) is a 501(c)3 nonprofit dedicated to developing the character of youth through quality performing arts education and family entertainment. NTPA evolved from Plano Children’s Theatre founded three decades ago and is now the largest youth theatre organization in the country. NTPA is headquartered at Willow Bend Center of the Arts in Plano and has additional performance and educational spaces in Fairview, Frisco, and Dallas. Each year NTPA provides opportunities to more than 11,000 students ages three to 18 through its “Ten Characters” leadership development program. NTPA’s professional artistic staff uses theatre, dance, music, voice, film and TV to ignite a lifelong passion for the performing arts and guide young people on a path to becoming better citizens in our community and our world.