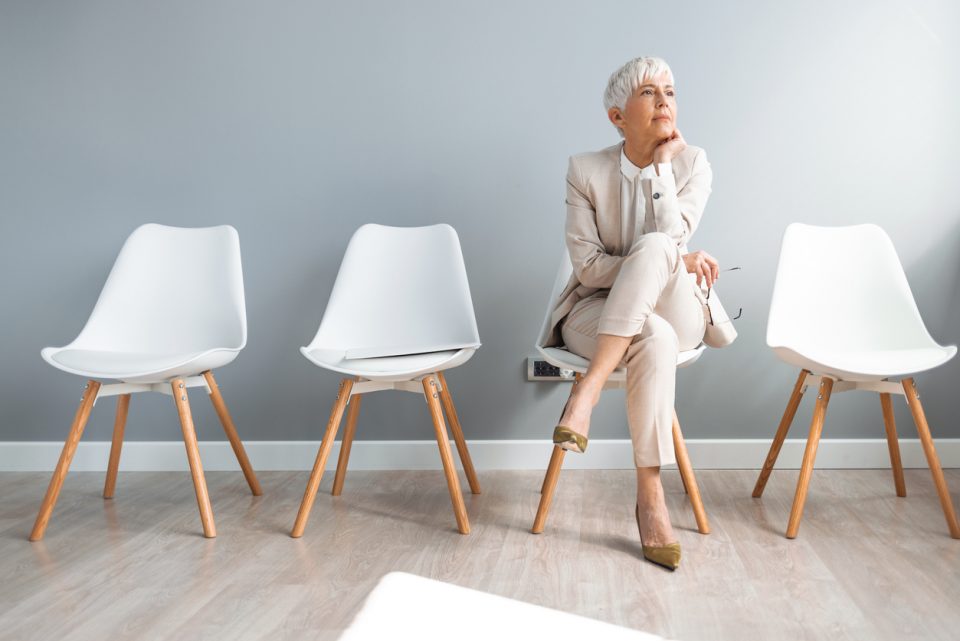 With millions of job openings currently left unfilled, there should be plenty of opportunities for older adults to get hired or switch careers now. But for many experienced workers, age discrimination continues to be an obstacle.﻿

According to the U.S. Bureau of Labor Statistics, there were more than 11.3 million jobs waiting to be filled at the end of January 202﻿2 (the month recent month for which data is available). Yet even with so much demand to hire more workers, 36.1 percent of workers age 55 and older were long-term unemployed, meaning they had not been able to land a job in 27 weeks or more. For people between the ages of 16 and 54, the long-term unemployment rate was much lower, at 23.7 percent.﻿

Age discrimination alone doesn’t explain that employment rate gap, but it certainly is one of the hurdles older adults encounter when looking for jobs. In a recent AARP survey, 78 percent of people between the ages of 40 and 65 said they had seen age discrimination in the workplace. That’s an all-time high since AARP started conducting the survey nearly 20 years ago.﻿

While your job search should be focused on the opportunities that fulfill your career goals and the skills you can offer employers, it’s important to be aware that you might encounter age bias as you look for work. Career coaching experts say the following five tips can help older workers compete successfully in the job market.﻿

You probably already know that you should remove your graduation dates from your résumé because employers might use them to guess your age. But there are other ways your résumé could be exposing you to age bias. For instance, if your résumé still includes your street address or an older email account (such as AOL or Yahoo), those details can signal to hiring managers that you are an older applicant.﻿

“Older workers sometimes are seen as lacking technical savvy,” says Amanda Augustine, a career expert and professional résumé writer for TopResume, which partners with AARP on the Resume Advisor service. “Don’t give employers a reason to believe you might fit this stereotype.”﻿

Augustine also says that you might consider limiting your job experience to what you have done in the past 15 years. Employers often consider skills and experience from before then to be less relevant to the work they want you to do now.﻿

One thing to keep in mind is that, in many cases, your résumé will be screened by computer software before it can make its way to an actual hiring manager. To get past that filtering-out process, make sure your résumé and cover letter include the important keywords that often are more about your current job skills rather than your previous experience or accomplishments.﻿

“If a word or phrase repeatedly shows up in the job listings you’re interested in, incorporate those terms into your résumé,” Augustine says.﻿

You also should consider customizing your résumé or application for every job you apply to, making sure to include some of the keywords specific to each job opening.

3. Use Your Younger Network, Too﻿

One advantage of having years of experience is that you’ve built valuable relationships. But sometimes it’s not just the colleagues you’ve known the longest who can help you the most. Younger coworkers also can help you connect with jobs and keep you informed about the strategies job seekers in their age groups are using to get hired.﻿

“Practice asking yourself what you can learn from your younger colleagues, because they also have a fresh perspective,” Devora Zack, founder of the leadership training firm Only Connect Consulting Inc. and author of Networking for People Who Hate Networking, tells AARP.

With people from as many as five different generations in the workplace today, one way you could increase your appeal to employers is by marketing yourself as a mentor. According to AARP Research, younger workers value older colleagues’ skill as teachers, their different perspectives and their ability to make the workplace more productive.﻿

Look at your previous work experience and identify ways you have successfully mentored and partnered with your younger colleagues. These examples could boost your appeal to employers.

5. Polish Up Your Appearance﻿

Whether at a job interview or on the job, your personal appearance and presentation always play a role in your career success. But older workers have real reasons to be concerned about what others think about their looks. According to some research, once hiring managers were able to interview applicants face-to-face, they were 40 percent less likely to hire older workers than they were to hire a younger applicant with the same skills.﻿

The research suggests that it could be worthwhile to delay meeting with hiring managers in person as long as you reasonably can. But once you’re fortunate enough to land an interview, you should embrace the opportunity confidently. While there is little you can do to hide your physical age, you might consider tweaks to your wardrobe or hairstyle to show that you are up to date on current styles and able to adapt.

Kenneth Terrell covers employment, age discrimination, work and jobs, careers and the federal government for AARP. He previously worked for the Education Writers Association and U.S. News & World Report, where he reported on government and politics, business, education, science and technology, and lifestyle news.

That’s a Good Question! Podcast Episode 10: How Can I Maximize My Family’s Backyard Fun This Summer?

That’s a Good Question! Podcast Episode 9: Am I a “Lawnmower Parent”?

That’s a Good Question! Podcast Episode 8: How dangerous is it to use steroids?