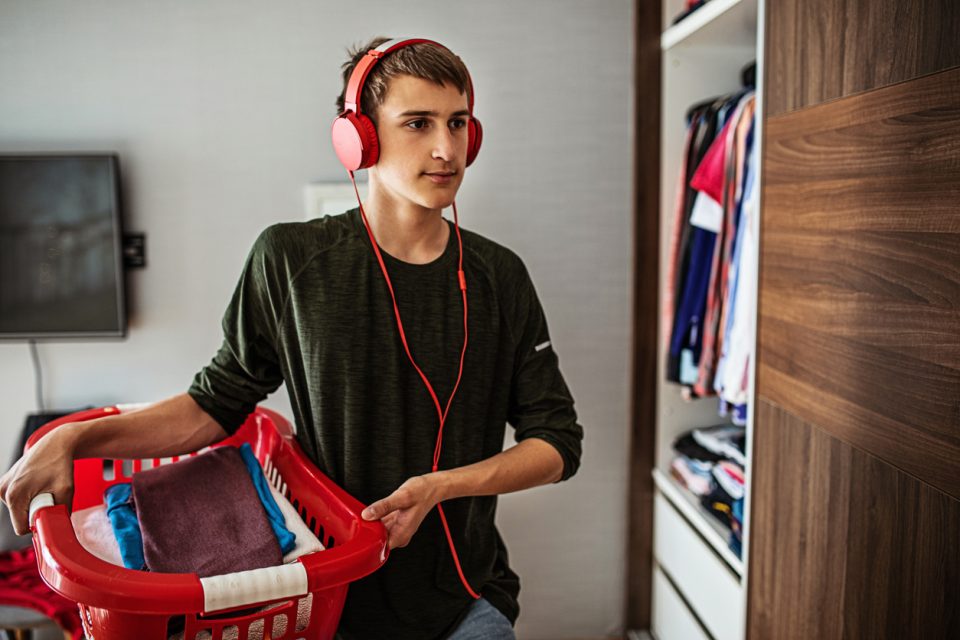 In an attempt to break the deafening teen silence during breakfast, I began a conservation.

Laughter erupted from my twin teens.

“It’s pronounced MEEEM, not MEH-MM. You sound like Elle’s mom who said MeeMee,” my teen daughter corrected me.

Just for the record—I’m not alone. There is an entire article written about how to pronounce meme here.

I didn’t let the laughter or mispronunciation deter me. If I did I would never communicate with my twin teenagers.

“Anyway, as I was saying, I saw a meme hat said, ‘If some YouTube star could create a ‘Clean Your Room Challenge’ or even a ‘Put Your Clothes in the Hamper Challenge’ that would be awesome.’ I thought that might interest either one of you.”

“Um, where did you see that one? Facebook?” she retorted with a snickering implication (since I’ve heard it before) that Facebook is for “old people” and “irrelevant.”

Again, I didn’t let a little snicker or insinuation deter me.

“As a matter of fact I did see it on Facebook and, I think it sounds like a great idea. Maybe next time you are bored you can start shooting some scenes.”

And then I got the obligatory eye-roll followed by a “yeah whatever mom.”

My twin teens may not be up for the challenge, so I’m going to put the call out to the rest of the entrepreneur teens out there. I’ll even expand on the meme and provide you with some detailed suggested shots along with another possible challenge. Here goes:

Opening Scene: I suggest a ‘”before” scene of a messy room. I might be able to persuade my daughter to provide a sample since her room would be perfect with clothes on the floor, drawers left open and since she is an artist there is plenty of paint splatter and of course an unmade bed.

Challenge: To clean your room in order to pass inspection by a military drill sergeant.

End Scene: Again I would be willing to offer up my daughter as a participant. Here you would show the teen transforming the messy room into a spotless oasis. Then you could pan to the military drill sergeant completing an inspection. It would end with a quarter being bounced off the bed to test the tightness of the sheets and me (or another mom) smiling the biggest smile you have ever seen.

Put Your Clothes in the Hamper Challenge

Actor required: Physical Trainer—I would recommend Sean T from the Insanity workouts–he really knows how to whip people into shape.

Opening Scene: Again feel free to use my house. You can take your pick of bedrooms, bathrooms or the entry hallway. I guarantee you will find a mountain of clothes strewn on the floor.

Challenge: To place all clothes in the laundry hamper in under five seconds without allowing it to touch the floor.

Training: Since this is a tough one and requires some strength training, I would then pan to Sean T with a full workout plan in place including squats, lunges, along with some arm extensions.

End Scene: Sean T would have his stopwatch set while the participant (my daughter would be perfect for this—I’m just throwing it out there) completing a set of challenging obstacle courses involving different size hampers and a variety of clothes such as t-shirts, shorts, pants, underwear, and socks.

Close the Drawer, Door (including refrigerator door) and Turn off the Lights Challenge

Challenge: After opening a drawer, door or turning on the lights the teen would need to close the drawer/door (or turn off) before leaving the room.

Training: This seems to require a lot of practice and effort to complete so I would recommend a training session similar to the “Wax On-Wax Off” seen in the movie the Karate Kid, except it, would involve “Turn On-Turn Off” or “Open-Close” training.

End Scene: The participant (just putting it out there—my daughter’s schedule is wide open which I can attest to by the number of times I’ve heard her say, “I’m bored.”) would been timed by the karate instructor on how fast they can open and close a drawer/door or turn on and off a light.

This should be enough to get the ball rolling. I have plenty of other ideas we can discuss in more detail like “Eat Your Vegetable Challenge”, “Cook Your Own Meal Challenge, or “Do Your Own Laundry Challenge,” but I don’t want to overwhelm you with ideas. After you put out a few videos, we can talk some more.

Now if you will excuse me, I have to go pick up some clothes from the floor.

Cheryl Maguire holds a Master of Counseling Psychology degree. She married and is the mother of twins and a daughter. Her writing has been published in Parents Magazine, Chicken Soup for the Soul: Count Your Blessings, Good Life Family, Twins Magazine, and more.

How to Properly Store Fresh Produce