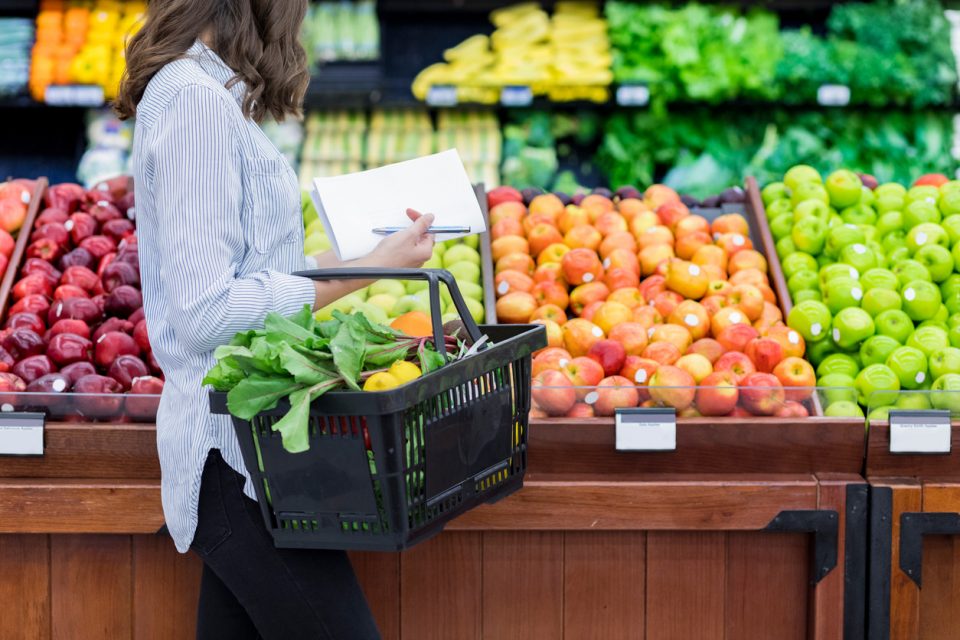 Eating right is no picnic. Just when you think you’ve got it all figured out, along comes a new report trumpeting the benefits of yet another good-for-you food. Sure, some of them are winners. But many are not: They’re simply victims of too much health hype. Here are ten supposed superfoods whose powers you may be overestimating—and ten that aren’t getting the credit they deserve.

Canned Soups. Many are virtually salt water. Even if your high blood pressure (linked with salt) isn’t a worry for you, it’s still good to limit your intake. The healthiest soups have about 480 milligrams (mg) of sodium and five or fewer fat grams per serving.

Cottage Cheese. You’d think those creamy curds would be full of calcium, but they rate only 106 mg per cup. Better: calcium-enriched cottage cheese (400 mg) and low- or nonfat yogurt (350 mg).

Diet Soda. Zero calories, yes, but zero nutrients, too. For only 90 calories, you can have a glass of skim milk—and 350 mg of calcium, points out registered dietitian, Liz Marr. Regularly drinking soda instead of milk now could lead to osteoporosis. Moreover, scientists in Boston found that drinking one or more regular or diet colas every day doubles your risk of metabolic syndrome—a cluster of conditions, including high blood pressure, elevated insulin levels, and excess fat around the waist, that increase your chance of heart disease and diabetes. One culprit could be the additive that gives soda its caramel color, which upped the risk of metabolic syndrome in animal studies. Scientists also speculate that soda drinkers regularly expose their tastebuds to natural or artificial sweeteners, conditioning themselves to prefer and crave sweeter foods, which may lead to weight gain, says Vasan S. Ramachandran, MD, the study’s lead researcher. Better choices: If it’s fizz you’re after, try sparkling water with a splash of juice. By controlling blood pressure and cholesterol levels, preventing diabetes, and not smoking, you can add 6 to 9 l/2 healthy years to your life.

Egg whites. Eggs are a cheap and fast way to get protein in your breakfast and they’re high in lutein, an amino acid that has been shown to help minimize sarcopenia, age-related muscle loss. But if you’re someone who favors egg-white omelets because you think egg yolks aren’t healthy, think again. Egg yolks are packed with vitamins and minerals that can benefit heart health, such as folate and magnesium. “It’s old advice to just eat egg whites, even if you have heart disease. You’re taking almost all of the nutrition out of the egg when you do,” says Angela Lemond, RD, a spokesperson for the American Academy of Nutrition and Dietetics. One egg does contain roughly 2 grams of saturated fat, which can increase LDL cholesterol. Still, “it’s our food patterns that contribute to our overall health,” Lemond says. “There’s not one nutrient that’s going to save or ruin your health.” In an overall balanced diet, 2 grams of saturated fat isn’t much, especially considering what eggs bring to the table.

Granola. The fat content of a half-cup serving rivals that of a McDonald’s hamburger—and unless it’s made with whole grains, fruit, and nuts, the fiber count is often mediocre. A better bet: any unsweetened cereal with “bran” in the name. Other potent fiber sources to pack in include beans, peas, lentils, sweet potatoes, oatmeal, pears, bulgur and raspberries. Most of us get just 14 to 17 grams of fiber per day, but adding just 10 more grams to your daily fiber quota can reduce your risk of dying from heart disease (the nation’s number-one killer) by 17 percent and from dying in general by 9 percent, according to a Netherlands study. Researchers credit dietary fiber’s super powers; it reduces total and LDL (the bad) cholesterol, improves insulin sensitivity and blood pressure.

Rice Cakes. Not only do they taste cardboardy, they have about the same nutritional

Tofu. For years, soy protein has been thought to be good for your heart. But a report by the Agency for Healthcare Research and Quality (an arm of the National Institutes of Health), which evaluated 68 randomized studies, found that no conclusions could be drawn on the beneficial or harmful effects of soy protein and cardiovascular disease. “Soy protein just doesn’t have a big effect on heart disease risk,” concludes Alice Lichtenstein, DSc. Still, if you eat soy foods like tofu, which are low in artery-clogging saturated fat, instead of say, red meat (which can be a sat-fat haven), you may come out ahead. Or, you could just eat more vegetarian meals. “If you have high cholesterol or a family history of heart disease, aim for one meatless meal per day,” advises registered dietitian, Mikelle McCoin, R.D.

Zucchini. Squash the thought that zucchini is anything more than 95 percent water. Reach for yellow butternut or acorn squash instead.

Avocados. Yes, they contain fat. But it’s mostly monounsaturated—the type that lowers artery-clogging cholesterol. Look for those with smooth skin. They’re lower in calories and fat than the rough-skinned kind.

Bell Peppers. Once for ounce, green peppers have twice the vitamin C of oranges; red or yellow pepplers have four times as much—plus the antioxidant beta-carotene.

Chocolate syrup. It’s made with cocoa, not cocoa butter, so it has only 50 calories per tablespoon—and virtually no fat.

Lean beef. The best food source of iron is also high in immunity-boosting zinc, reports Felicia Busch, a registered dietitian in St. Paul, Minnesota. But be a red-meat minimalist. The latest research shows that having more than 18 ounces of red meat like beef, pork and lamb per week (about 2.5 ounces per day) can increase the risk of colorectal cancer.

Purple food. Concord grapes, blueberries, red wine: They all get that deep, rich color from polyphenols—compounds that reduce heart disease risk and may also protect against Alzheimer’s disease, according to the new research. Polyphenolshelp keep blood vessels and arteries flexible and healthy. “What’s good for your coronary arteries is also good for your brain’s blood vessels,” says Robert Krikorian, PhD, director of the Cognitive Disorders Center at the University

of Cincinnati. Preliminary animal studies suggest that adding dark grapes to your diet may improve brain function. What’s more, in a recent human study, researchers found that eating 1 or more cups of blueberries every day may improve communication between brain cells, enhancing your memory.

Rice. The Japanese consume more than 150 pounds per person of this low-fat carb each year; Americans, a paltry 25 pounds each. No wonder Japanese culture is one of the world’s leanest, with one of the greatest life expectancies (an average of age 82 for both men and women compared to age 78 in the U.S.).

Sorbet. With less fat than frozen yogurt and only 100 calories per half cup, brands made with fruit juice (check labels) are a sweet way to get vitamin C.

Strawberries. A half cup has double the fiber of a slice of whole-wheat bread and more folic acid than an orange.

Tea. Both green and black teas contain a concentrated dose of catechins, substances that help blood vessels relax and protect your heart. In a study of more than 40,500 Japanese men and women, those who drank 5 or more cups of green tea every day had the lowest risk of dying from heart disease and stroke. Other studies involving black tea showed similar results. You really need only 1 or 2 cups of tea daily to start doing your heart some good—just make sure it’s a fresh brew. Ready-to-drink teas (the kind you find in the supermarket beverage section) don’t offer the same health benefits. “Once water is added to tea leaves, their catechins degrade within a few days,” says nutrition professor emeritus Jeffrey Blumberg, PhD. Also, some studies show that adding milk may eliminate tea’s protective effects on the cardiovascular system, so stick to just lemon or honey.

Getting Players (Back) on the Field or Court: High School Trainers Use Know-How and Imaging to Keep Players in the Game

Tips for Avoiding the “Fall 15”