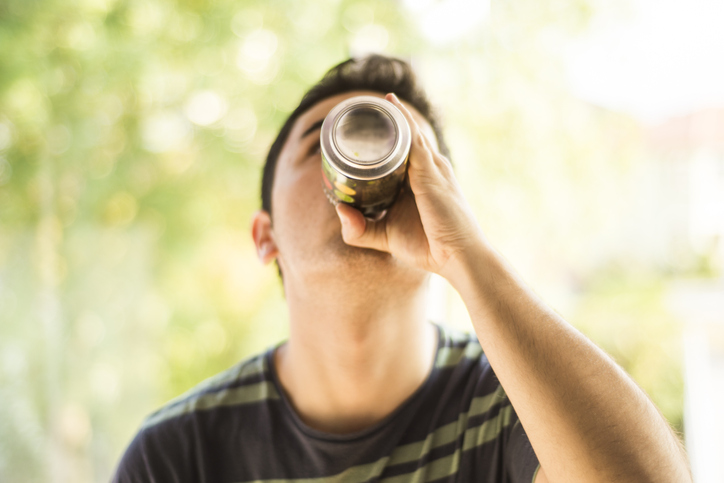 When Kerri Zane gave her then 18-year-old daughter, Rachel, the go-ahead for a New Year’s Eve party at their house, Zane made it clear—no alcohol would be served. Still, one underage, drop-in guest found a way around that rule. Unbeknownst to anyone, he stopped at a liquor store and gave a passerby money to buy booze for him. After guzzling the bottle’s contents in some neighborhood bushes, the teen arrived at the party so intoxicated he had to be rushed to the hospital.
“I felt terrible that this kid almost died from alcohol poisoning,” says Zane, a single mom of two. Even though Zane was an innocent bystander to the teen’s poor judgment, she was implicated nonetheless. The teen’s father later called, threatening and accusing Zane of nearly killing his son. “The incident scared all of us,” she says. Consequently, Zane has since banned teen parties at her house because they’re just too risky.

You can’t blame her. It’s illegal for anyone under age 21 in the U.S. to drink alcohol. Still, that’s not stopping many teens from tying one, two or more on. According to the U.S. Centers for Disease Control and Prevention, alcohol is the most commonly used and abused drug among young people in the U.S., more than tobacco and illicit drugs. In fact, 12- to 20-year-olds drink 11% of all alcohol consumed. And how they drink isn’t healthy either. It’s typically in the form of bingeing—multiple drinks at a shot.

Teens who imbibe are more likely to have problems in school, be involved in alcohol-related car crashes, participate in unwanted, unplanned and unprotected sex, and abuse other drugs, among other ill effects. Because the teenage brain is still developing, teens are also five times more likely to develop a lifelong addiction or abuse alcohol later on. “Consuming alcohol at such a vulnerable time can permanently alter the brain’s circuitry,” says Joseph Shrand, M.D., a psychiatrist specializing in teens and addiction.

Moreover, teens are temporarily hard-wired for risk. “In adolescents, the amygdala, the part of the brain that’s responsible for impulses, feelings, memories, pleasure and addiction, is more in control than the prefrontal cortex, the part that’s responsible for thinking, problem solving and anticipating the consequences of decisions,” Dr. Shrand says. “With a brain like that, it makes perfect sense that a teen would say, ‘Wow, I think I’ll just drink because feeling drunk feels great.’”

Still, because alcohol is easily accessible—many kids can sneak it from their parents’ stash—and drinking is legal after age 21, it doesn’t seem so bad. Even some parents may feel that way. “My kids have gone to parties at friends’ homes in which the parents are drinking along with everyone,” says Carol Barash, Ph.D., a mom of two. A better idea?  Discourage your teen from drinking period. Here’s how to get that message across—even if you drink yourself—without sounding like a hypocrite.

Developmentally, teens need to break away from their parents. But they don’t cut all ties. They’re still listening even though they don’t seem to be. So start talking about alcohol if you haven’t been already. What you should say will depend on your DNA. If you have a personal or family history of alcohol problems, your message to your child should be hardline, such as, “We have alcohol addiction in our family, so we have to be careful about drinking. That’s why I don’t drink and you shouldn’t either,” says Joseph Lee, M.D., medical director of the Hazelden Youth Continuum in Plymouth, MN and author of Recovering My Kid.

If that’s not the case and you enjoy an occasional glass of wine with dinner, explain that physiologically, drinking as an adult isn’t as risky because a mature brain isn’t as susceptible to the hazards of alcohol use as the teen brain is, Dr. Shrand advises. Underscore the fact that you’re just having one drink, not getting smashed every night.

To help your teen cope with the peer pressure to drink, which can be as strong as whisky shots, listen instead of lecture. If your child says, for example, “I saw this kid at school get so drunk at a party that he threw up on someone,” you might say, “What was that like for you?” instead of “Why did you go to that party?” “Be nonreactive and expect the worst of news,” says Rick Meeves, Ph.D., director of clinical services for adolescents at CRC Health Group in Orem, UT. Letting your teen use you as a sounding board with a little guidance thrown in, such as, “Yes, that’s what happens when you drink way too much,” can help your child come to his own conclusion about how to conduct himself and curtail the urge to rebel, Meeves says. Your teen is also more likely to feel comfortable coming to you if he has a problem.

If your child drinks anyway—and some teens will just to experiment—have an unwritten contract that she should call you and you’ll go get her, no questions asked, instead of drinking and driving or getting in a car with someone who has been drinking. “It has to be crystal clear that you’re not going to pick up your kid angry or punish her for doing the right thing, which is calling you,” says Dr. Shrand. “You can have the conversation about the drinking part later. But first, keep your kid safe.”

Meddle in your child’s social life.

You never want to host a teenage drinking bash at your house, which sends the wrong message—that underage drinking is okay. You’ll also be held legally liable for anything bad that happens. But why not host sober soirees? “Just because our kids are teens doesn’t mean we can’t be involved in their play dates just like we were when they were little,” says Dr. Shrand, who has a 17-year-old son. To avoid the fiasco that happened to Kerri Zane, though, only invite kids you know who will respect your alcohol policy. “We have a rule that if you’re drinking, we’ll call your parents and you’re going home,” Dr. Shrand says.

While some teens may experiment with alcohol and stop, others can become dependent. A change in friends, physical complaints such as fatigue, a decreased interest in school, a drop in grades or withdrawing from the family are all signs that your child may have an alcohol problem. Consult your child’s pediatrician to rule out underlying medical issues and get a referral to a child or adolescent psychiatrist specializing in alcohol dependency.

10 Early Signs and Symptoms of Alzheimer’s