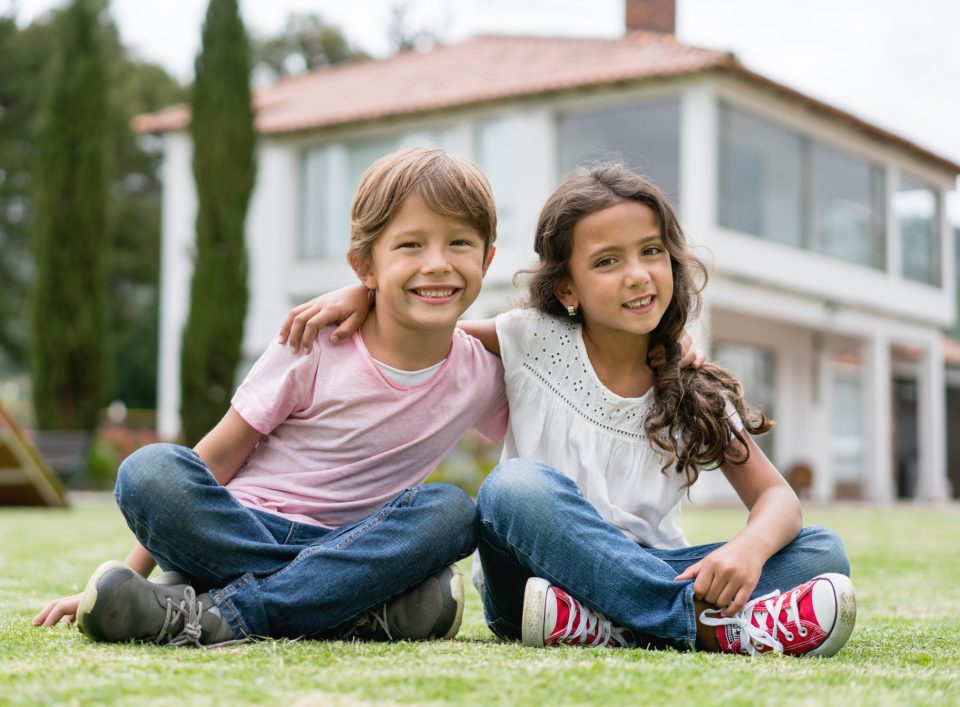 “Oh, how cute.” That’s what crossed my mind when a boy from summer camp asked my oldest daughter, who was in the 4th grade at the time, to go to the movies. (She said “No!” then ran from the phone.) But as I witnessed, a first crush—whether it’s initiated by your child or she’s on the receiving end of the romantic attention–is definitely anything but adorable from her perspective.

“Crushes are serious,” says family therapist Julia Simens. Like me, Simens knows from experience. When her son, Grant, was 11, he wrote a children’s book, “Spirit of Saint Valentine: An Expat’s Tale of Love,” which is about love in an international elementary school. “I hadn’t given crushes much thought until Grant opened my eyes to how important they are from a kid’s point of view,” Simens says.

The fact is, Cupid’s arrow can aim low, striking kids as early as 7 or 8. And though it’s easy to trivialize this experience, a child’s emotions are just as real as the fervor we might experience when we’re infatuated. “Kids can fall in love by all developmental measures as soon as you can begin to measure their feelings,” says Carleton Kendrick, EdM, a family therapist and author of Take Out Your Nose Ring, Honey, We’re Going to Grandma’s. “There’s no such thing as puppy love.”

Crushes are a healthy part of life. Besides being good practice for the future, they can teach kids a lot about relationships and themselves. On the other hand, they can also be a source of pain and difficult for your child to handle, especially into the pre-teen and teen years. “When the hormones kick in, kids have more of a physical response to a crush and that can be confusing because they’ve already got so much going on emotionally—from trying to figure out their identity to how to fit in socially, academically, and within the family,” says Stephanie Haen, a licensed clinical social worker.

Though you may not always need to get involved, there are things you can do—and things you shouldn’t— to help your child deal with love’s first blush.

After counseling hundreds of parents on this issue, our experts weigh in on the dos and don’ts of managing this tender milestone.

Have talks, not “the talk.” Help your elementary-age child prepare to deal with a crush, which is a distant cousin to dating, byhaving an ongoing dialogue from a young age in a way she can understand about being respectful of her own body and herself. Then, as your child ages into the pre-teen and teen years, keep talking. These days, pre-teens and teens can put pressure on each other to add sexual exploration to the equation under the misguided notion that if they don’t have sex with their crush, it’s not really love. “This is a big change from what it used to be like with kids 10 or 15 years ago,” says Kendrick, who has been in practice for 30 years. So be aware of what’s going on, and acknowledge it with your child. “You might say, ‘You might feel pressured. But you don’t have to do anything. You need to trust your feelings of being uncomfortable. And even if you’re a little bit curious, that doesn’t mean you have to say yes,’” he says.

To bring up tough subjects like these and get your child talking, a good way to start, is “Gee, I’ve read that…” then fill in the blank with what you want to address, such as “girls are having oral sex and they’re only 13. Do you think that’s going on at your school?” Keeping the discussion going—despite all the eye rolling— lets your child know that you know what she might be going through and builds trust so she is more likely to come to you for advice if she needs to.

Let your child learn from the experience. If your child has a crush and it’s unrequited, don’t trivialize it by saying things like, “Oh, you’ll get over it,” or “Well, that was just puppy love.” Instead, console him and let him be upset and grieve the loss. But also stress that rejection is a normal part of life and that it’s what dating (teens) is all about—that you don’t always find the right person and it’s not always reciprocated, Haen says.

Teach your child how to deal with unwanted romantic attention. If another child has a crush on your child and it’s not mutual, encourage your child to politely nip it in the bud. Role play at home and have him practice an “I’m not interested” script, such as “Thanks for all the notes, but I really wish you wouldn’t give them to me anymore because they’re upsetting me.” If that doesn’t work, call the other child’s parents. (If you’ve got a child in middle school or beyond, talk to your child first, before making that phone call.) Unwanted attention feels like pressure for children of all ages. Kids on the receiving end of crushes can suffer from psychosomatic symptoms such as stomachaches and headaches and not want to go to school. “It’s the same kind of thing I’ve witnessed with kids who’ve been bullied,” Kendrick says.

Monitor the situation. Kids, especially tweens and teens, in reciprocal crushes can take things to the extreme by, for example, texting or Snapchatting until all hours or spending lots of their free time with each other because they’re mimicking what they’ve observed in their older siblings or the adults around them. So be sure to set boundaries, such as curfews and limits on computer and phone time, to help your child balance his responsibilities with his social life. If you get the sense, though, that your child must have contact with his crush to get through the day, or that he’s no longer spending time with his friends or concentrating on his school work because he’s so focused on his crush, or that his behavior could change into stalking, he may need professional help to sort out why the crush has become obsessive. “It could be a sign of something else that’s going on in his life,” says Haen. “Kids might cling to a crush if things are rocky at home between their parents, they’re struggling in school for the first time or something’s going on in their social circle.”

Say yes to sleepovers. “Today’s parents struggle with setting limits in general,” says Haen. So if your child asks to say, have a sleepover with her mutual crush (it happens), say no, but in a respectful way. (Sleepovers with crushes of the opposite sex, in elementary school and beyond, aren’t age appropriate.) Keep it neutral by saying something like, “It’s really nice you like hanging out with Jimmy, but a sleepover isn’t going to take place.”

Out your child’s crush. “One of the most dangerous things I see parents do is comment on their child’s crush in front of the child to other adults or horrors—to their child’s friends,” says Simens. Such insensitivity leads to embarrassment and undermines the confidence your child has in you. If your child can’t trust you with that sensitive information, how can he come to you with other important stuff in the future? “You want your kids to know they can come to you with questions and talk to you without being judged or made fun of,” Haen says.

Micromanage your child’s love life. If you know your pre-teen or teenage-child has a crush on someone, don’t fan the flames by suggesting, for example, that she tell that person how much she likes him. “Imposing your more adult-oriented behavior onto the situation can lead your child to go further with a crush than she was wishing or contemplating,” says Kendrick, which can make her feel uncomfortable.

If you’ve got a child in elementary school, however, it may be appropriate to suggest and arrange a play date with the object of your child’s affection, if your son or daughter would like that. But it’s not healthy for kids in elementary school to “date.” That sort of exclusivity with another person limits your child socially. “Kids need many options to make connections with people beyond the boy or girl they have a crush on,” says Kendrick.

Keep in mind that when it comes to crushes, your child can be crushed by your reaction to it. No matter what happens, “It’s never instructive or healthy to belittle or shame your child about it,” Kendrick says.