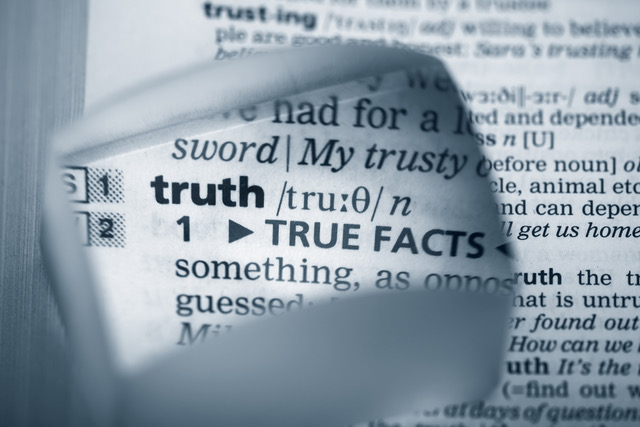 I write to educate and inform. I am a publisher and a journalist, and I am proud of it. It gives me a great sense of purpose to bring news, knowledge and enrichment to readers on a variety of topics. The ability to learn, educate, and share motivates me every day. By extension, I am a proud member of the news media, and I have never been more concerned than I am now by what is happening in the United States today.

I started Good Life Family Magazine almost 7 years ago to help parents navigate life’s twists and turns. As a mom, I have plenty of personal opinions, but as a publisher, my mission is to deliver fact-based editorial content with journalistic integrity from expert, trusted sources and let readers draw their own conclusions.

Attacks on freedom of the press and freedom of speech have risen to a thundering crescendo over the last few years. Our First Amendment rights include the freedom of speech and are at the very core of our country’s founding principles. I am saddened, angered, and frankly fed up with the assaults on those rights, the attacks on the press, and the abuse of the term “fake news.”

When the world witnessed CNN’s Omar Jimenez and his crew arrested on May 29th while reporting on the protests in Minneapolis, it was a real wake up call for me. My older daughter, who is a journalism student at the University of Texas, was bereft. I assured her that Jimenez had been released, but she couldn’t shake her deep sadness that journalists – those who are committed to telling the truth even when at risk for their own safety – were being targeted. To add insult to injury, the arrest was capped by an angry mob attack on CNN headquarters in Atlanta. Other physical and verbal assaults on reporters, photographers, and crews doing their jobs across our country continue. Also, in addition to these outward displays of animosity, there are deeply troubling social media posts touting anti-media sentiments online. In our country we have an extremely broad group of people and businesses whose jobs are to cover news and report facts, so the public can be properly and fully informed.

The core principles of journalism are truthfulness, accuracy, fairness, impartiality, humanity, and accountability.

So why is there so much mistrust surrounding journalists and the media, and what can be done to halt this downward spiral?

First, we must acknowledge and educate the public that the term “The media” is no longer an accurate one-stop description of the plethora and diversity of news outlets, reporters, journalists, photojournalists, bloggers and the myriad of others who report on and cover the news through television, in print, on radio, or online.  With the influx of social media influencers and the opportunity for any individual with a smart phone to become (whether intentionally or not) a journalist, it’s becoming increasingly difficult for the public to discern opinion vs. fact and to find an unbiased and reliable news source. Emily Quigley, a Professor of Journalism at the University of Texas, teaches that journalists need to work harder and do a better job earning the consumers’ trust.  “You’re not going to be able to persuade everyone who has made up their mind against the media,” says Quigley. “Journalists need to be vigilant to do good work going forward, so we can regain the trust of news consumers.” And I agree. As an industry, we journalists must remain vigilant in our own pursuit of the truth. Sowing distrust hurts us all.

This brings me to the hot topic of “fake news.”  This term, described as a form of news consisting of deliberate disinformation or hoaxes spread via traditional news media or online social media, must not be mistaken for describing news we do not agree with.  To disagree is our Constitutional right. To call someone a liar or to call news “fake” because we disagree with facts is plain wrong. This unethical practice is becoming a frightening norm. People in power who have an enormous bully pulpit and use it to squelch information they disapprove of and/or to sway public opinion set a frightening precedent, which does not bode well for the future of our democracy.  Also, many mainstream media sources have become increasingly political and more intent on persuasion rather than delivering facts. Anchors and reporters are gaining followers and fans just like Hollywood celebrities, sports icons and civic leaders. Thus, the public has to be more educated, aware and adept at discerning fact from fiction, so we are not swept up in the rhetoric and opinions of others who are tenured and trained in the art of debate, marketing and manipulation.

This is not an easy task. I am a publisher and have a degree in journalism and have practiced my trade for over 30 years, and I am regularly challenged to disseminate what is authentic and what is being skewed by savvy marketers and political strategists. While I believe that many mainstream reporters are intent on delivering fact-based news, I find myself increasingly turned off by the show hosts who blatantly hammer home their opinions, even when I personally agree with their sentiment and/or share their frustration.  Believe me when I say I can hear your interviews, I can see the stats you are sharing, I can assess the information, and I can draw my own conclusions.

While journalism students across top academic institutions in the U.S. are learning ways to navigate this changing journalistic landscape, I hope they can be the voice of much-needed change. As they study and debate media ethics, media law, media monopolies, corporate responsibility, social profitability, and more, we have a new generation to work with legal scholars, community leaders and the public to reverse the negative perceptions of media sources. I personally resolve to speak out and be a part of a solution. After all, if we don’t get this ship righted, we could discourage the next generation of journalists from entering the playing field, and then who will be left to tell the truth?

BE THE HERO AND RESCUE YOURSELF: Creating the Inner Courage to Wear Your Own Cape