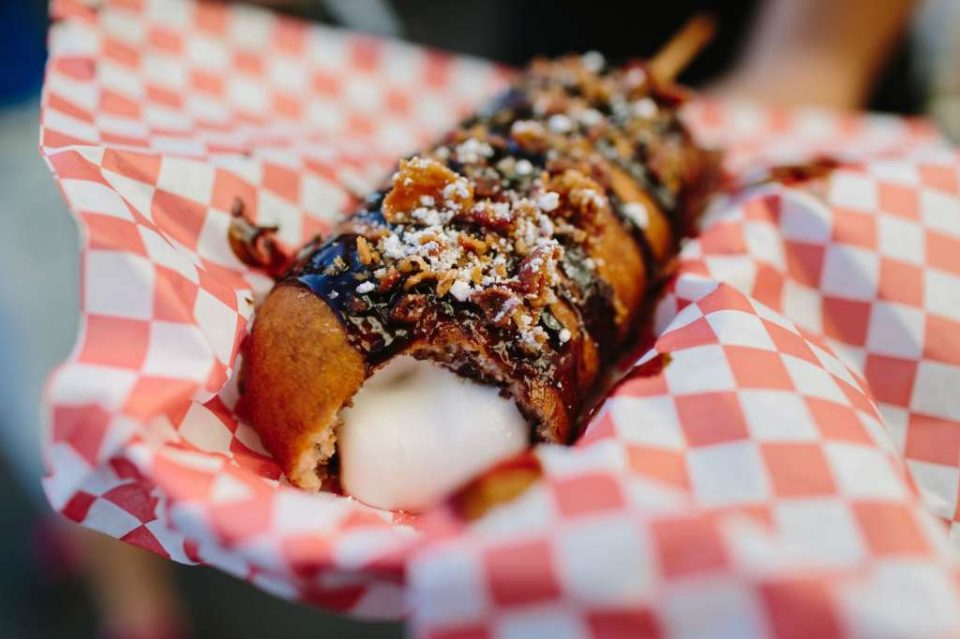 The State Fair of Texas was the first to offer this decadent treat.

ABOUT GEORGE GEARY:
George Geary is an award-winning chef, best-selling author, and renowned educator. A former pastry chef for the Walt Disney Company, George is a Certified Culinary Professional, and was recently awarded as the Culinary Educator of the Year by the International Association of Culinary Professionals. He is perhaps best known for creating all the cheesecakes for The Golden Girls and other top-rated television programs.

George has worked as a critic and/or judge for ABC’s The Taste with Anthony Bourdain, The American Baking Competition with Jeff Foxworthy, Hell’s Kitchen, Supermarket Superstar, and many other popular television shows. For eight years, George was a guest chef on board the Holland America Line’s ships, sailing to over 118 countries and every continent.

For over thirty years, Geary has been a culinary contest judge for such major food manufacturers as Canola Producers, Veg-All, Hormel Foods, the Hershey Company, Knott’s Berry Farm Foods, Ghirardelli Chocolate, Fleischmann’s Yeast, the San Diego Union Tribune, ABC News, and many more. From 1982 to 2010, George was the culinary coordinator of the Los Angeles County Fair. Visit his website, www.GeorgeGeary.com.

Family Values and Faith at Root of Newly Released Book