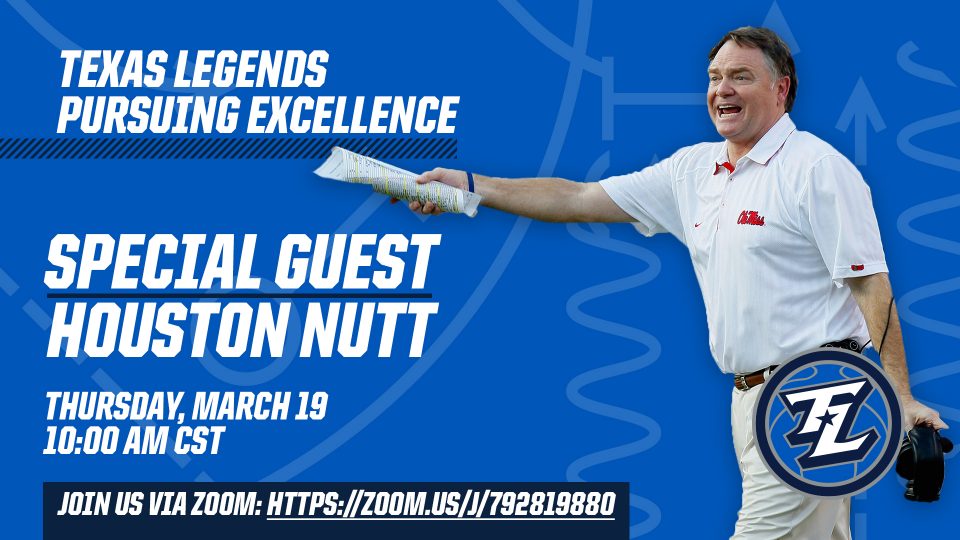 The Texas Legends have announced an adaptation to their monthly networking breakfast, a virtual Pursuing Excellence event, presented by SMU Cox School of Business.  The first-of-its-kind event will spotlight special guest two-time SEC Coach of the Year, Houston Nutt.

The interview will include lessons he has learned in adapting and overcoming adversity on the field, in business, and in life.

The event will be broadcast live TODAY at 10am CT on Zoom (https://zoom.us/j/792819880) and is open to the public.  For more information visit texlegends.com/HoustonNutt.

Dealing with Awful Anxiety and Frightening Fears in This Crazy World