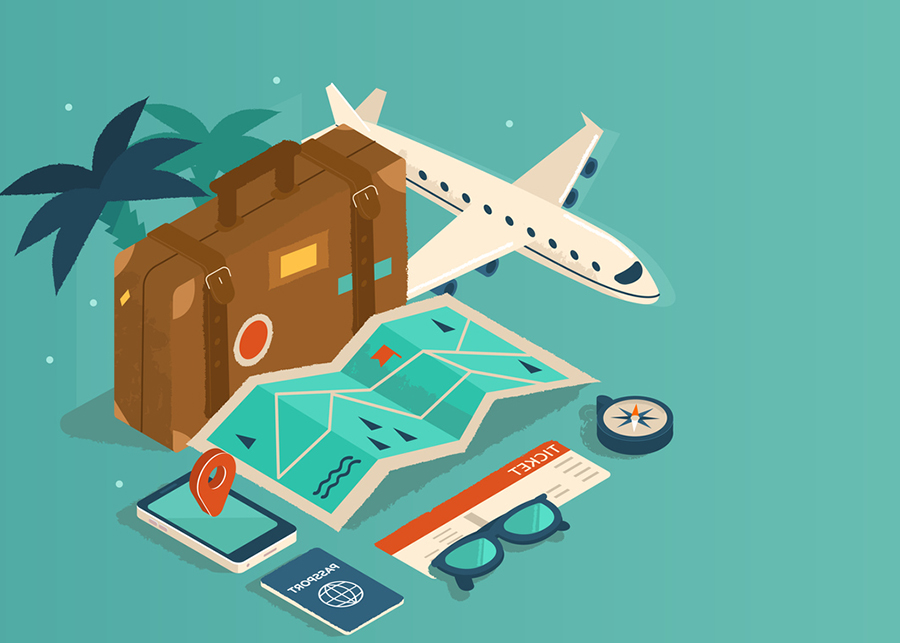 Anytime you fly when lots of others are flying—like Spring Break—plane tickets will be expensive. I know this from analyzing my website’s airfare data and from personal experience. In January, for example, I was checking prices for a Spring Break trip from Dallas to Ft. Lauderdale for March 15-22 (Sunday-Sunday), and the cheapest nonstop I could find was for $250. Then just for fun, I pushed the trip back a week to March 22-29, and the price dropped fifty bucks.

The moral of the story: Airlines know when we want to fly, and they make us pay.

But there are ways to cut costs, sometimes significantly. A lot of it has to do with your own flexibility, whether it’s for a Spring Break trip or any jaunt during a big holiday. Note: All fares mentioned here were found in January but may change by the time you shop; still, it gives you an idea of potential savings. Here are five things to try:

1. Shop for tickets one at a time
You plan to travel with friends or family, and you’ve been designated as official airfare shopper. Two things to know: Airline tickets, even for coach seats, can vary in price, and you should always shop for tickets one at a time. In other words, when you start your shopping, you’ll see a box for “number of travelers;” don’t put down the total number in your party, put one. The reason for this is there’s a quirk in airline reservation systems,

which means multiple tickets sold in a single transaction must go for the same price. For example, say you need two tickets; the airline has one ticket left from a sale for $100 while the others are going for $200; you will pay $200 for each for a total of $400. Had you bought them one at a time in this scenario, you would have been able to purchase the lone $100 ticket and paid a total of $300. This tip won’t always save you money, but it’s always worth a try.

2. Fly less popular days
For domestic flights, Tuesdays, Wednesdays, and Saturdays are usually the cheapest days to fly. I put it to the test with the Dallas to Ft. Lauderdale itinerary and found departing Tuesday, March 17 and returning Saturday, March 21 was $60 less than the Sunday-to-Sunday flight.

3. Fly less popular times of day
You know what I’m talking about: It’s usually cheaper to fly during times we hate to fly, like at dawn or dinnertime, or late at night, or on a red-eye. No, it’s not fun, but the money you save might be the difference between traveling to a beautiful beach or staying home.

4. Fly the cheapest airport
Don’t just check prices from DFW and DAL; check prices to different airports at or near your destination. Bigger usually means cheaper, so Los Angeles International (LAX) is generally cheaper than the others, but there have been instances when Burbank or Orange County had a cheaper deal. And if you’re heading to southern Florida, check out prices to both Ft. Lauderdale and Miami; the airports are only 25 miles apart.

5. Add a stop to your trip
Foregoing a nonstop flight in favor of one with a stop (or two) doesn’t always save you money, but when it does, you can save big. I recently saw a connecting flight from Dallas to London which was about $150 cheaper than the nonstop. If you’re traveling as a family of four, that’s close to $600 in savings. Only you can decide if that’s worth hanging around an airport for a while.

Final word of advice: Don’t delay. Last-minute deals, especially for holiday travel, are a thing of the past, so buy as soon as you can. And remember, no matter where you go, always compare airfares because no single airline always has the cheapest prices. Safe travels!

Want to Get Away?