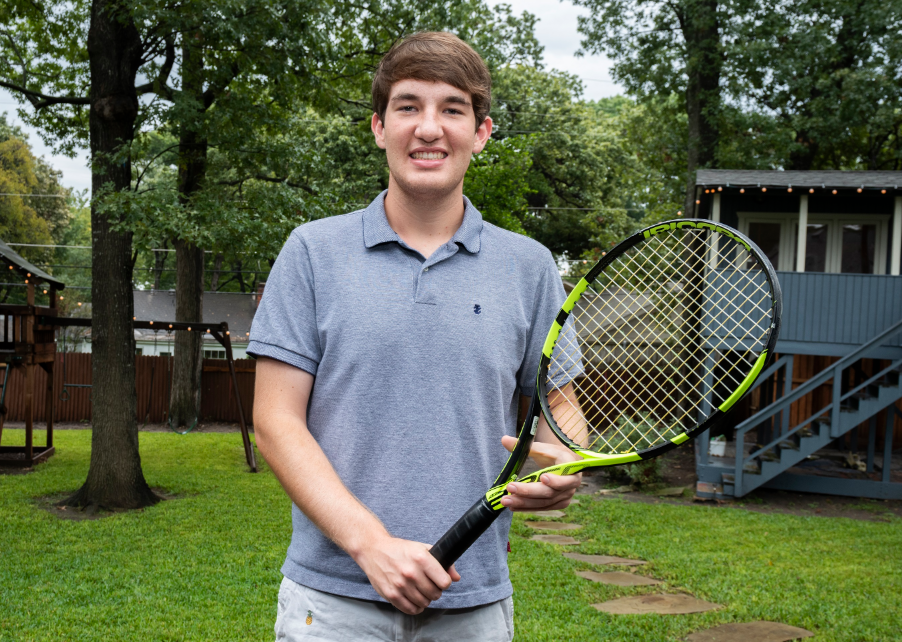 Within months of undergoing lifesaving heart surgery at the age of 13, Ashlyn Duy, an avid tennis player and freshman in high school at Bishop Lynch, returned to the courts to raise funds for a cause close to his newly improved heart. The event was the Red Balloon Children Helping Children Tennis Tournament, benefiting pediatric cancer research and programs at Children’s Health, where months earlier Duy had received heart surgery for tachycardia, an abnormally high heartbeat that comes on without warning.  He had felt his heart race since he was 10, but his condition was not diagnosed until age 13. Since his surgery, his goal was to maximize his impact on children’s lives.

“When I was first invited to participate in 2015, I honestly felt like it was meant to be—everything had come full circle,” said Duy. “A regular sense of nervousness of playing in a tournament was tempered by a newfound sense of purpose that I had fulfilled in the weeks leading up to it,” added Duy.  “It felt like I had accomplished something before even going onto the court!”

Throughout his high school years, Duy committed himself to the tournament, leveraging his peer-to-peer personal fundraising page to raise awareness, collect donations, and inspire others, and he quadrupled his fundraising results during his senior year. As a participant and fundraiser in the tournament, Duy raised a total of $31,170 for the cause. He was nominated by Children’s Health as the 2019 Outstanding Youth in Philanthropy and will be honored on Friday, November 8 at the 34th Annual National Philanthropy Day Luncheon.

The tournament, which was started in 1991 by another grateful patient family, brings in 500 young tennis players per year to participate and support patients at Children’s Health. The event takes place in September and has raised more than $3.2 million since 1991 for pediatric cancer research and programs.

“My connection with Children’s reinforced within me the notion of not only working hard for the good of others, but also keeping in mind the connections that all people share with one another—as simple as being united by the benefits of medicine—and the importance of giving back.”

Duy, now 18 and a freshman studying engineering at the University of Colorado Boulder, was a National Merit Commended Scholar and valedictorian. He received multiple honors and served in leadership roles not only in high school but also in the community, where he mentored youth tennis players on the autism spectrum and provided them with opportunities for social interaction. Duy has been mentoring his younger sister Abigael to take over the fundraising and continue the Duy family’s legacy.

“Ashlyn’s enthusiasm and creativity have been evident from the start of his involvement with the tennis tournament,” said Brent Christopher, President, Children’s Medical Center Foundation. “He draws deeply from his own connection to Children’s Health and inspires everyone around him.  Ashlyn is the consummate fundraiser, accessing friends and family through personal letters, utilizing social media and personal fundraising pages, and visiting with neighbors. He embodies the generous spirit of our community, demonstrating that the desire to give back is infectious!”

“I am greatly honored to receive the Outstanding Youth in Philanthropy award,” said Duy.  “I am proud of my four years both playing in the tournament and fundraising for Children’s, and I hope the award will draw even greater attention and attendance to the tournament to further the cause.”

12 Days of Christmas on DART