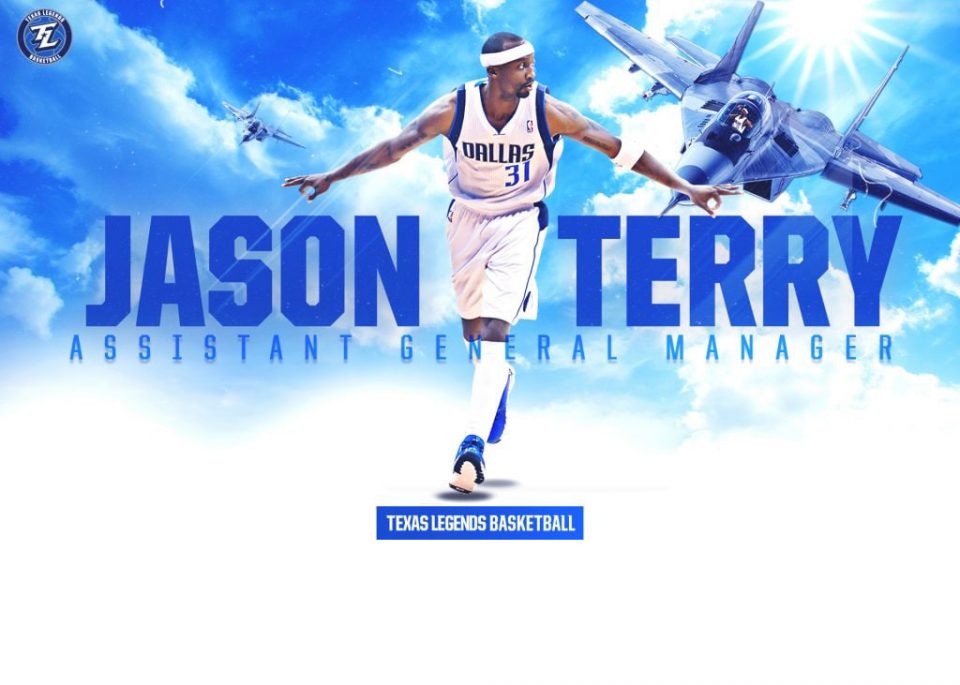 The Texas Legends have announced the addition of NBA Champion and former Sixth Man of the Year Jason Terry to the team’s front office staff.

Terry, a 19-year NBA veteran, will serve as an Assistant General Manager for the Mavericks’ G League team, assisting with all aspects of the basketball operation.

“We are thrilled to have Jason come on board,” said Legends President/General Manager Malcolm Farmer. “His resume speaks for itself. He had a tenured NBA career for a reason, and to have him bring that skillset and work ethic to the table is invaluable for our team and staff.”

Terry was a first-round pick (10th overall) by the Atlanta Hawks in the 1999 NBA Draft. The Seattle native played in 1,534 career NBA games, earning the NBA’s Sixth Man of the Year Award in 2009. Terry spent eight seasons with the Dallas Mavericks, helping lead the team to their first NBA Championship in 2011.

“It’s great to begin my front office career here,” said Terry. “The Dallas area has been home to me and my family for many years and the Mavericks franchise has always been family. To get to work with this organization in this capacity is exciting. I look forward to getting started.”

Terry most recently suited up with the Milwaukee Bucks 2016-18 and has played in the NBA Playoffs 13 of the last 14 years. He also ranks fifth all-time in made three-pointers in league history.

“To have someone with that kind of NBA experience, who wants to be involved and wants to help build and lead this team will be great for both our players and coaches,” said Al Whitley, Vice President of Basketball Operations for the Legends.

The Legends open up the 2019-20 season with a back-to-back against the Memphis Hustle, with each team hosting a game. The season opener will be Nov. 8th in Memphis followed by the Legends’ home opener Nov. 9th at 7:30pm at the Comerica Center. For season tickets or information call 214-469-0822 or visit www.TexLegends.com.