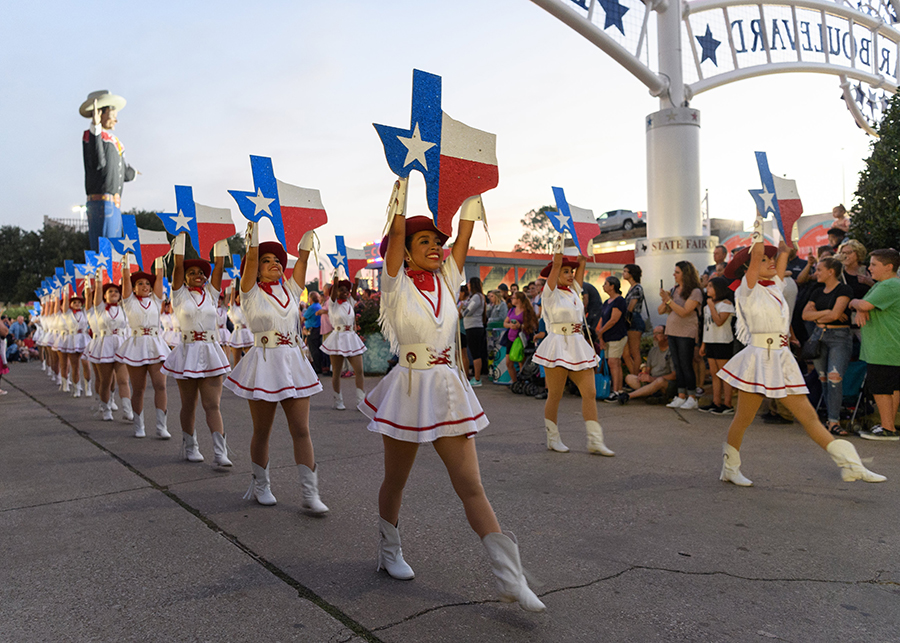 The Opening Day celebration has grown substantially in the past few years and moving the parade inside the fairgrounds allows more people to join in the festivities and puts the focus on Fair Park.

“We think this is a change that a lot of fairgoers will enjoy, as they can focus their attention on events in Fair Park that day,” said Mitchell Glieber, president of the State Fair of Texas. “Since we will have two parades on Opening Day, there will be the opportunity for daytime and nighttime visitors to take part in the celebration.”

The State Fair will be taking certain popular elements that have participated in the downtown parade and will incorporate them into the noon parade on the fairgrounds. The State Fair will offer a unique experience from the nightly parade. The Fair believes this will be the next chapter of the State Fair’s Opening Day Parade tradition that will continue to grow in popularity over time.

General admission ticket prices at the gate for the 2019 State Fair remain the same as last year. Priced at $18, general admission to the Fair includes more than 100 daily shows, concerts, activities, and exhibits, all at no extra cost. The Fair offers $14 admission for children ages 3 to 12 and seniors ages 60 and older, with free admission for children ages two and younger. For a list of all available discounts, visit BigTex.com/discounts. The 2019 exposition, themed “Celebrating Texas Creativity” runs September 27 through October 20 in Fair Park. Visit BigTex.com for more information.

Babysitting: Are You Ready For This Responsible Job?