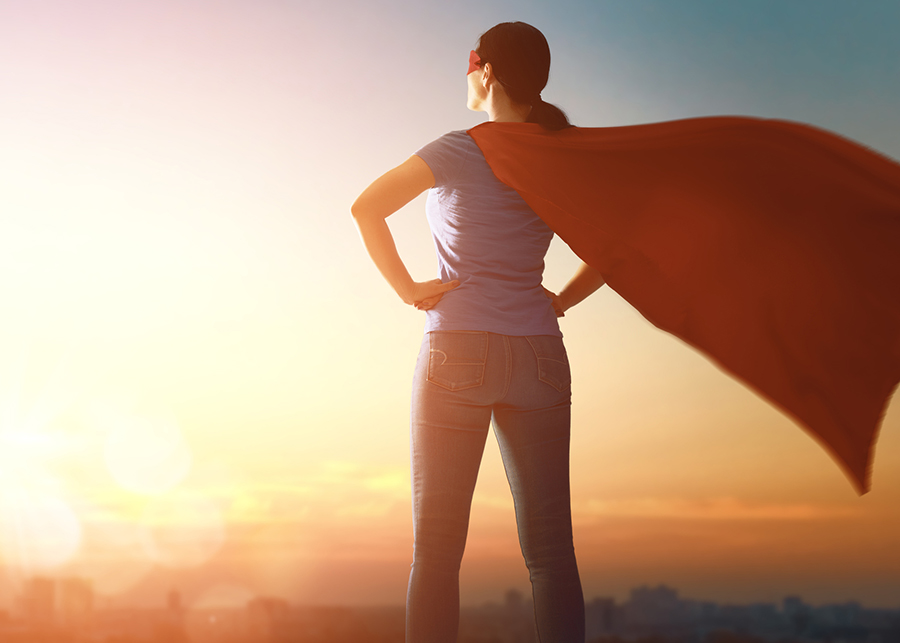 They may not be able to leap tall buildings in a single bound or run faster than a speeding bullet, but the three super ladies you’ll meet on the pages to follow have worked hard to figure out how to balance all the demands on their time while maintaining their own personal character.  They are making a difference, not only through their tireless and selfless dedication to their communities but also by demonstrating that they can pave their own way.  Our hats are off to them and to every woman whose fearless pursuit of her dreams is an inspiration to the next generation of strong women.

In our new series, SUPERMOM!, we will showcase the accomplishments of women making an impact at home, at work, and in the community. Readers can nominate someone (or themselves) by emailing Tricia White, Managing Editor, at tricia@goodlifefamilymag.com. 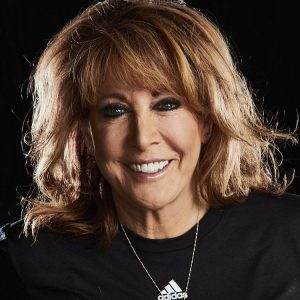 NANCY LIEBERMAN
“I’m exactly who I want to be.”  Nancy Lieberman, arguably the most influential female in the world of basketball, likely couldn’t see that she’d be where she is today after growing up in a single parent household and shooting hoops on the rough-and-tumble Harlem, NY courts. What she has accomplished, however, as an athlete, a mom, a coach, a mentor, a commentator, a speaker, and a philanthropist is truly inspiring.

“It’s obvious that the foundation of who I am has taken me from my childhood to where I am now,” Nancy says. “It’s part of my DNA. I know people are afraid of success. I’m not.” She adds that she’s always been “wired for winning.”  From early on, her love of basketball was an outlet for her “fire and intensity.”  That’s what eventually led her to becoming an Olympian, Hall of Fame inductee, WNBA player, Sacramento Kings assistant coach, and 2018 Big3 Coach of the Year.  Her achievements help kids, girls in particular, to see that they can accomplish big things, too.  Her accomplishments off the court, however, are perhaps creating her most influential legacy.  When she was 19, Muhammad Ali told her, “Be a giver, not a taker.”  She says that at that time, she thought she was giving by winning championships.  Ali helped instill in her that she could do more.

In 1980 Nancy started to hold her first basketball clinics in low-income areas south of Dallas.  She remembers that she had to begin by earning the trust

of the kids and parents, but it didn’t take long for the camps to become extremely popular.  She realized that through sports she could not only teach basketball skills but also build self-esteem, offer encouragement, and encourage kids to aim higher.  Despite their circumstances, Nancy saw she could be “a hope giver and a dream equalizer.” She doesn’t want any child to feel like they can’t achieve a goal.  “I say all the time, when someone tells you you can’t do something, it’s probably because they can’t.  Stooping to their level of mediocrity thwarts your potential.”

She’s seen some amazing kids rise through her camps, and her charity has built 84 basketball courts primarily in low-income communities that serve 3.6 million children, and through fundraisers, such as Dream Ball and its golf tournament, the charity has sent over 50 high school seniors to college.  Nancy is there for support for the long haul, telling the kids to reach out to her with problems, and she’s used her own extensive network to help connect them with others who can give them a hand. The kids become part of her “team,” and Nancy believes that, just like in sports, “When you’re on a team someone is giving you a chance.”

She really believes the future is bright for the next generation, and that starts with her own son TJ Cline.  TJ is currently playing basketball professionally overseas in the Israeli Premier League.  Nancy could not be prouder than to have had him join her in what are now the Nancy Lieberman and TJ Cline basketball camps. She didn’t let him off easily.  When he approached her to say he’d like to run the camps, she asked him to present a complete business plan.  He’s exceeded her expectations.  “To see our kid (dad is Tim Cline) do something wonderful is a great feeling,” Nancy beams.  She knows that young adults like TJ just need the opportunity to rise up to their potential.  Within her charity the Director of Programs Traci Choate is just 23.  “I trust her with everything,” Nancy says.  “Every day she blows me away with her work ethic.”

TJ, Traci, and all the staff and volunteers at the charity are committed to Nancy’s vision that basketball can be a venue to teach life skills. “I’m not a doctor,” Nancy says, “but I’m using what I have to help others.”  Basketball has given her so much, and she says we all can use our strengths to “sure as heck get out there and change a kid’s life.” 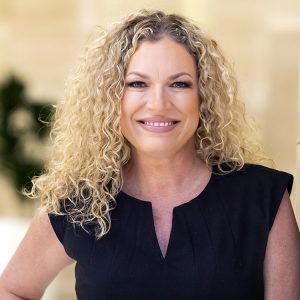 MELANIE OKON
Melanie Okon has spent her professional career for the past two decades proving her skills as an attorney.  That’s why she has been recognized among “The Best Lawyers in America©”, by D Magazine on their list of “The Best Lawyers in Dallas,” a six-time choice by Thomson Reuters to the list of Texas Super Lawyers, and has been selected by ALM and Martindale-Hubbell as a Women Leader in the Law, Texas’s Top-Rated Lawyers and a Top-Rated Litigator.  Just as important to her is that she’s also been raising three children and working in her community to empower other young women.  Now as a member of the team at Munck Wilson Mandala, Melanie has always been committed to working with and for others who support women who are doing it all.

This Oklahoma native came to Texas to attend law school at Baylor University, and she’s never left.  Her first year out of law school she clerked for the Texas Supreme Court before moving to work for a law firm.  When she began considering starting a family, she started looking for an in-house position that would allow her to keep less-demanding hours.  She managed to work out a situation that would allow her to work just three days a week. After having three children in four years, being able to be home with them while they were young was priceless.  What Melanie points out, however, is that, “I worked three days, but I kept the same workload.  I just had to get more efficient.”  Trying to balance the demands of motherhood and work was difficult, and she had to keep a full-time nanny just to be able to juggle it all when her cases went to trial.

After a huge leverage buyout at TXU, Melanie saw that it was best for her to begin looking for another position.  Recognizing her strengths as a litigator, her boss told her they would still send cases her way if she moved to a firm.  She looked for another position part-time, but ended up full-time again anyway.  Those doubts and parental guilt began to creep in, but Melanie shares that she then had a realization, “If I don’t get to be what I want to be, then how do I tell my daughter she can be who she wants to be?”

It wasn’t long after that she was invited by a friend and colleague to attend a presentation put on by Girls Inc. with Peggy Orenstein, author of Cinderella Ate My Daughter.  Girls Inc. is a non-profit committed to “inspiring all girls to be strong, smart, and bold.”  The message was exactly what Melanie believed in.  “I believe in championing women,” Melanie says.  She started as a tutor in lower-income neighborhoods, but it didn’t take long for her to apply to the Board of Girls Inc. where she eventually became the Chair.

“One thing I hope my kids know is none of us gets here alone,” Melanie says. Now that they’re all in middle school, Hannah, Toni, and Brian can appreciate even more the hard work their mom has put into her career and also the amazing role model she is.  It isn’t easy.  “There are still days when I go home at 5:30 and hang out with my kids and then start work again at 9:00 pm,” Melanie shares, but she’s grateful that she’s been able to make it work.  She’s proof to all the girls at Girls Inc. that you can be strong, smart, and bold.

Do you know someone who should be featured as a supermom in Good Life Family magazine? Send your nomination to Tricia White, Managing Editor, at tricia@goodlifefamilymag.com