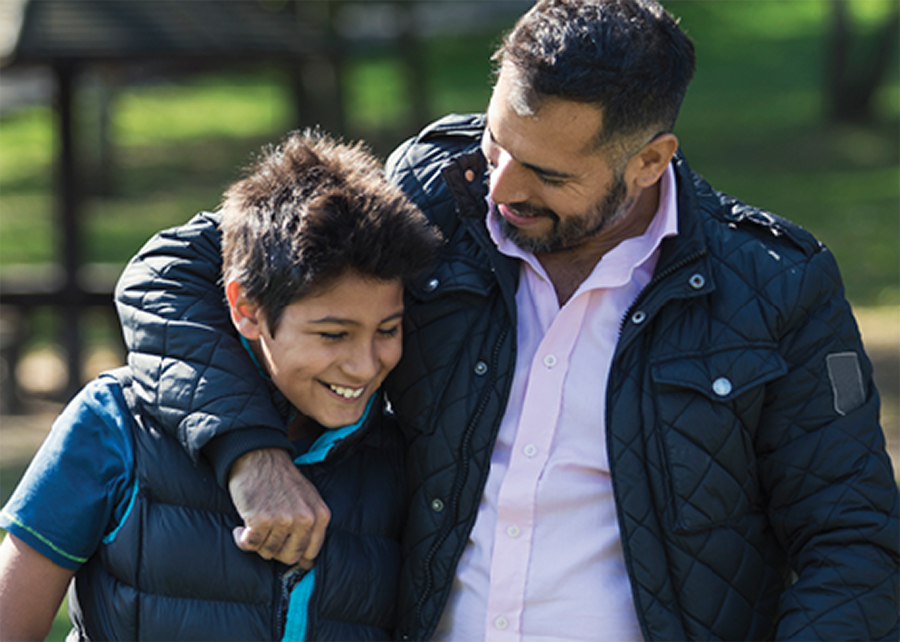 Parents often assume different roles, and especially in situations where job flexibility or work travel is required, consistent involvement by both parents may be challenging. Often the primary financial breadwinners are unable to assist as much as they might like in traditional “homemaker” activities including taking children to appointments or attending extracurricular activities and school events.

As our society has changed, so too have the roles that parents play. Serving as the family’s sole breadwinner is becoming increasingly less common for dads. In the 1970s, fathers were the sole providers in about 50 percent of households, but that number has been reduced to less than 30 percent within the past five years. Moreover, both parents now work in 70 percent of households with children under 18.

In looking at statistics over the past 50 years, dads have become much more involved in child care. For example, in 2016 fathers spent on average eight hours a week on child care, while mothers spent about 14 hours a week. In contrast, dads spent only about four hours a week with their children in the 1960s.

In a stable relationship, there is often agreement on the role that each parent will play. They both will pitch in on important tasks such as taking the kids to school and getting them to their soccer practices and events.

However, the dynamics of the relationship often change when parties are faced with separation or divorce. Instead of living in one household, the parties usually live apart, straining the decision-making process. Various factors, such as the ages of the children, the sex of the children, the relationship of those children with the respective parents, the location of residences, work schedules, the children’s schools and possession schedule, will affect the roles that separated parents play in their children’s lives.

Like most other states, Texas courts prefer for both parents to be involved in the decision-making process and rearing of children. However, that is sometimes easier said than done. Animosity or simple differences of opinion can make co-parenting tense and sometimes downright difficult. In today’s society, the divorce rate is approximately 50 percent. When two separate households are involved, parents should set aside their differences and focus on the children, with both parents taking on more responsibility.

Depending on his occupation and work schedule, the role of the father may change considerably following a divorce as his focus shifts to becoming a more involved parent. This often requires stepping up to the plate, and as a family law practitioner, I see divorced fathers taking on a much greater role than in years past. Thanks to technological advancements, the ease of working remotely means moms and dads both can make it to games, ballet classes, and other activities.

The notion that either the mother or father have an advantage when seeking custody is no longer true. Each case is different, and there are numerous factors for the court to consider in making a custody determination. The perspectives will obviously vary based on the goals of each parent. Parents going through divorce should speak with an experienced family law attorney when attempting to navigate the various issues which will be encountered.

Editor’s Note: Lon Loveless is a Family Law attorney with the boutique firm Orsinger, Nelson, Downing & Anderson, LLP. He is Board Certified in Family Law by the Texas Board of Legal Specialization and is a member of the Texas Academy of Family Law Specialists. He can be reached at www.ondafamilylaw.com.