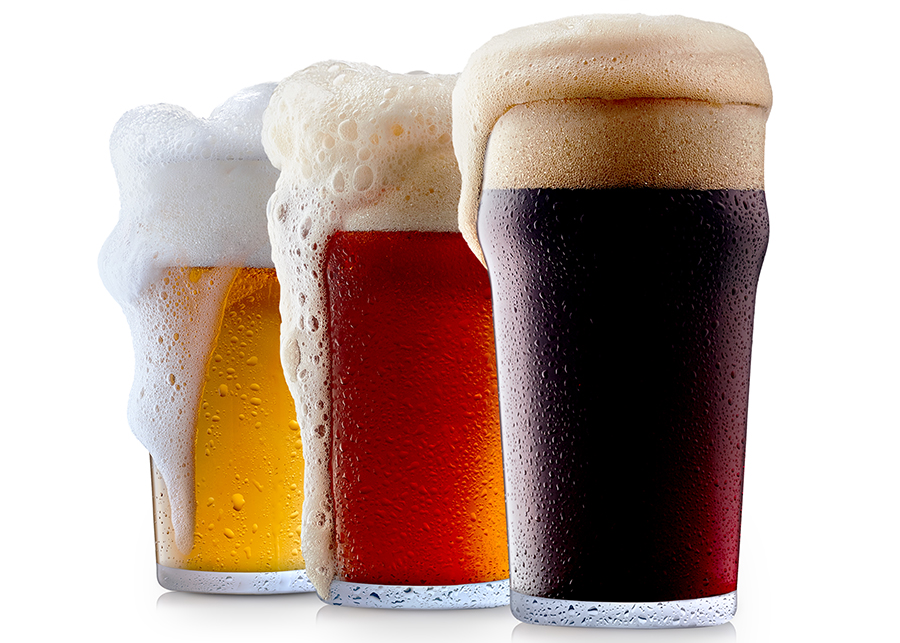 North Texas has a great and growing brew scene for you to explore on DART.  Here are some of your DARTable options for grabbing a cold one—from brewpubs to British-style ale houses.

Four Corners Brewing makes an array of popular brews, and it has cool digs on nearly two acres just a block from Cedars Station. A 1925 warehouse is now home to 16,000 square feet of brewing space—and, of course, there’s a taproom inside a separate building that used to serve as stables for the Ambassador Hotel across the street. The brewer also hosts regular Saturday tours.

For great shared plates and craft beer made on-premises, head to Bankhead Brewing Co., a charming spot near Downtown Rowlett Station. The food is cooked in wood-burning ovens, and the premium, house-crafted beers come in a wide variety. Traditional German and English recipes get a lot of play here. The inviting space features plentiful outdoor seating.

The hip Intrinsic Smokehouse & Brewery is located within walking distance of Downtown Garland Station in the heart of the town square. Not only does Intrinsic offer a seasonal selection of its own handcrafted beers, but it also keeps a rotation of guest beers and its very own homemade sodas on tap as well.

You’ve seen the beers on supermarket shelves and at bars and pubs—but did you know that Deep Ellum Brewing Company has a taproom? The cool industrial space is open seven days a week and gives tours from 12-3 p.m. every Saturday. Just up the street, don’t miss Braindead Brewing, another spot with a huge and rotating roster of both in-house and craft beers as well as a patio perfect for people-watching. They’re both near Deep Ellum Station.

A couple of the newer arrivals on the brewpub scene are especially DARTable. Oak Cliff Brewing is located in historic Tyler Station, a circa-1925 structure that was once the home of the Dixie Wax Paper Company. Today, the structure stands right next to Tyler/Vernon Station on the Red Line, and it’s been reimagined as a 33-barrel brew house with a taproom open seven days a week.

3 Nations Brewing similarly took a dilapidated grain warehouse and created a shrine to the brew master’s art. Known especially for their Mango Smash IPA and GPA (German Pale Ale), this brewpub has become a community gathering spot about a 6-minute walk north from Farmers Branch Station on the Green Line.

And you won’t run dry near Downtown Plano Station, either. The Fillmore Pub serves it up British-style, with plenty of beer options and great fish and chips.

That’s just a start. You want more? Try the terrific drafts at the Irish-to-the-core Trinity Hall (Mockingbird Station) or the almost encyclopedic selection at The Ginger Man (M-Line Trolley).

Editor’s Note:  DART is making major improvements. To create a smoother ride through downtown Dallas and reduce service interruptions, track improvements and rail replacement began March 30 and will last for roughly six months. During that time, DART Rail in downtown Dallas will be discontinued each weekend between Pearl/Arts District Station and West End Station. Separate shuttle routes will be in operation. DART.org/plus

Parenting From the Father’s Perspective