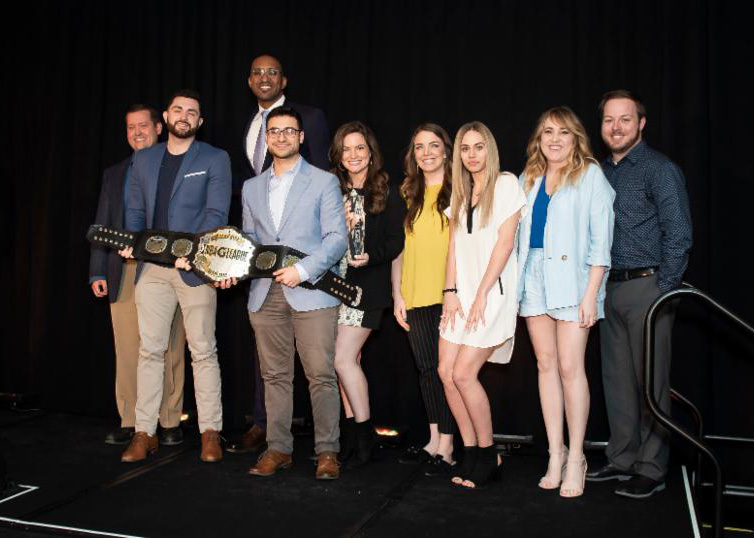 The NBA G League named the Texas Legends as the Franchise of the Year and Legends’ President and General Manager Malcolm Farmer as the Team Executive of the Year for the 2018-19 NBA G League season.  NBA G League President Shareef Abdur-Rahim made the announcement at the league’s sales and marketing meetings in Las Vegas.

A selection committee comprised of NBA G League executives determined the winner of the Franchise of the Year award, which was created last year.  The NBA G League’s 27 teams were evaluated based on the NBA G League’s three core pillars: Compete with Intensity, Lead with Integrity and Inspire Play.  The Team Executive of the Year was selected by a vote of the league’s team presidents.

Led by Farmer and his innovative approach to engaging fans and creating tangible value for the team’s partners, the Legends experienced one of the strongest seasons in the franchise’s 10-year history.  For the 2018-19 season, the affiliate of the Dallas Mavericks was among the league leaders in attendance, media rights deals, corporate sponsorships and merchandise sales.

Farmer said, “Winning an award such as Franchise of the Year is certainly a tremendous honor as we enter our historic tenth season. It is a ‘Team’ honor – and it is a testament to the hard work of all of our Legends team members including employees, players, coaches, game day staff, interns, dancers, partners, season ticket members and others. It is truly the total ‘Team’ that is being recognized.”

During the NBA G League’s 18th season, Texas was a league leader in attendance recording 23 sellouts at Comerica Center in Frisco.  The Legends’ ability to draw fans to the gate helped propel the league to reach the 1.6 million total attendance mark for a second consecutive season.

Under Farmer’s guidance, Texas continued to expand its fan base across the Dallas-Fort Worth area by securing multi-media rights deals for its games.  The team partnered with Fox Sports Southwest, which also televises games for the Mavericks, Major League Baseball’s Texas Rangers and the NHL’s Dallas Stars.  The Legends also produced their own game telecasts, live shows and in-depth content via the team’s in-house studio.  In addition, Texas teamed up with English-speaking (KVGI) and Spanish-speaking (KBXD-1480 AM) radio outlets.

Farmer’s innovative business acumen was highlighted at each home game during the regular season as the team sported customized jerseys to celebrate a charity or corporate partner.  The events included Wipe Out Kids Cancer Night presented by ZTE and Military Night 2018 Benefiting American Fallen Soldiers Project sponsored by Swypit.  The team also developed over 45 events benefiting local schools, including its partnership with Raytheon on a STEM initiative (Science. Technology. Engineering. Math.) that ran throughout the local region.  In addition, the Legends demonstrated their commitment to the community by hosting 40 events designed to galvanize Colin County’s business community through an innovative networking and speaker series.

There are always multiple ways to experience Legends Basketball. Ticket options range from Single Game, Group Experiences, Premium Experiences, Half and Full Season Tickets and Mini Plans. We have the right ticket option for any Legends fan to get involved with the NBA stars of tomorrow. Click below to find out more information about Legends Tickets.