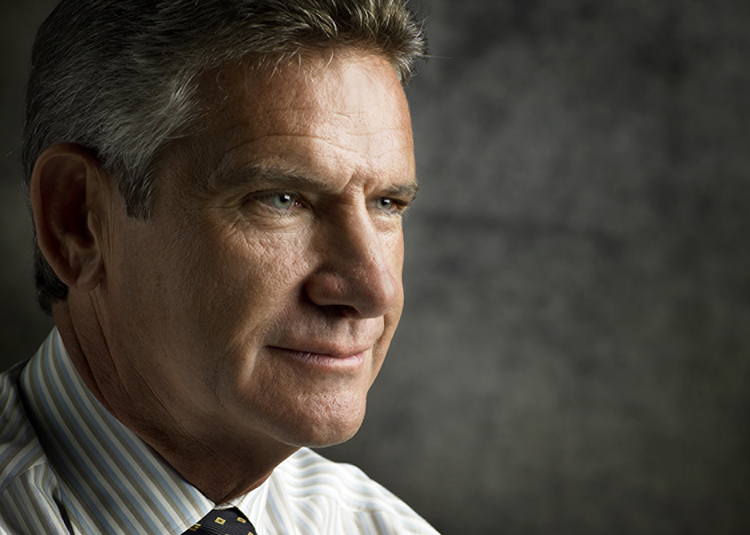 Craig Hall once said, “You could drop me on Mars, and I’d be starting a business.”  He’s been starting businesses since he was in elementary school.  Now he is celebrating five decades of business – strategic, visionary, ethical and ultimately very successful business. Together with his wife Kathryn, Craig and the HALL Group have their footprint on companies around the globe.  In North Texas, they can take credit for having driven the growth of Collin County and entire communities in Dallas.  HALL Wines are recognized as some of the best in the world. The path to success hasn’t always been an easy road, but this is a couple committed to staying the course.

It’s nearly impossible to talk about the Halls without talking about art.  Those who know them well personally know that Craig and Kathryn appreciate art and its ability to inspire, and this love of art is evident in their business model as well.  Craig’s own mother was an art teacher, so his passion started early.  Examining these 50 years, one can see how the same principles that constitute art have guided this forward-thinking company.

Scale
Craig has always looked at business on a very large scale.  Though he started in 1968 with a $4000 purchase of a student rooming house, he soon purchased a dozen more, and by age 21 he was a self-made millionaire.  At its peak in the mid-1990s the company owned more than 72,000 apartment units, and today HALL Group’s revolutionary HALL Park now includes 17 completed office buildings along with other commercial real estate and development, and HALL Structured Finance was ranked as the third largest hotel construction lender in the nation in 2017.  Craig isn’t one to think small and is always looking to see how to take his investments to the next level.

Unity
Craig has always recognized the importance of teamwork.  His open office setting champions collaboration, and he is known for taking into account everyone’s opinions. He credits his success to loyal employees and executives who stayed by his side along the way – a loyalty that can be attributed to the respect he gives to everyone with whom and for whom he works every day.

Value
Or in this case values.  Craig holds himself, his employees and all of his businesses accountable to the highest standards.   He is known for his strong character and in honor of that, he was inducted into the Horatio Alger Association of Distinguished Americans, Inc., a highly prestigious honor, recognizing individuals who demonstrate perseverance, integrity and excellence.

Space
It takes a true visionary to be able to see open space and realize its potential to enhance a community.  In the late 1980s, Craig invested in land along Dallas North Tollway in a little town called Frisco.  He had the foresight to see the opportunity that presented itself as Dallas was gradually moving north.  At the time, Frisco had a population of 6,000 residents; today it has a population exceeding 170,000, and HALL Park is right at its cultural center.

In the early 1990s HALL acquired more than one million square feet of depressed, high-quality office properties in downtown Dallas, which HALL Group ultimately turned around for a profit.  Now they are working to complete construction on phase two of the HALL Arts development in the Dallas Arts District to include: a 500,000 square-foot office tower, HALL Arts Residences, which is the only new for-sale residential tower downtown; a half-acre sculpture garden; and the adjacent HALL Arts Hotel.  This mixed-use development will also include restaurants and is designed to be a destination in Dallas.

Line
In art, line refers to the path of a point moving through space, and for HALL Group, the line has been anything but straight in its path upward.  During the savings and loan crisis of the late 1980s and its aftermath, HALL Group saw that rapidly declining revenues on their properties would require the company to take some drastic action just to survive, but it made a comeback in the 1990s.  The company began diversifying, including new construction in Frisco, purchase of new real estate in a depressed area of Dallas, investing in the winemaking business, and opening its new lending operation affiliate, HALL Structured Finance.  During this period of growth into the early 2000s, the company bought 12 million shares of American Airlines, but by the end of 2012, that position had lost $400 million in value, and the company lost $150 million in oil and gas.  Craig’s expert leadership helped the company ride through this second downturn, and now HALL Group is riding higher than ever before in the company’s history.  The perseverance for which he has been recognized kept the company going.

Emphasis
Throughout it all, Craig has had an emphasis on encouraging the arts and on encouraging the next generation of business owners.  The HALL Group’s philanthropic platform We CARE incorporates the organization’s four pillars of giving – Community, Arts, Responsible business practices and Entrepreneurship.

The arts have been priorities for Kathryn and Craig since early on in their marriage.  Their homes here and at the winery in California are filled with paintings and sculptures, and if you’ve ever been at a HALL Group property, you can see how art defines the spaces where people are living and working surrounded by that same beauty.  The Texas Sculpture Garden at HALL Park and Texas Sculpture Walk at HALL Arts are both open to the public.  Believing that art can inspire creativity, HALL Park boasts over 190 works of art on its premises.  They are gifts to the surrounding communities.

He is equally passionate about inspiring entrepreneurs.  In fact, his seventh and latest book, to be published in 2019, is on the subject.  Through the Craig and Kathryn Hall Foundation, the Halls have been able to create programs worldwide that foster entrepreneurship and encourage responsible business practices. Since its inception in 1977, the Foundation has given millions of dollars in grants to support the long-term growth of entrepreneurship around the globe.

That entrepreneurial spirit is as much a trait of Kathryn as of Craig.  Kathryn, who is a former U.N. Ambassador to Austria, serves on the Board of Directors for HALL Group and has taken the reins at HALL Wines.  More than 140 of their wines have been rated 90 points and above, and two have achieved a perfect 100-point score.  Together the couple wrote A Perfect Score, a New York Times bestseller.

Form
Craig’s vision and determination have formed a company that is innovative and respected.  There’s an Andy Warhol quote that says, “Making money is art and working is art and good business is the best art.”  With Craig at the helm of HALL Group, he has created a masterpiece.